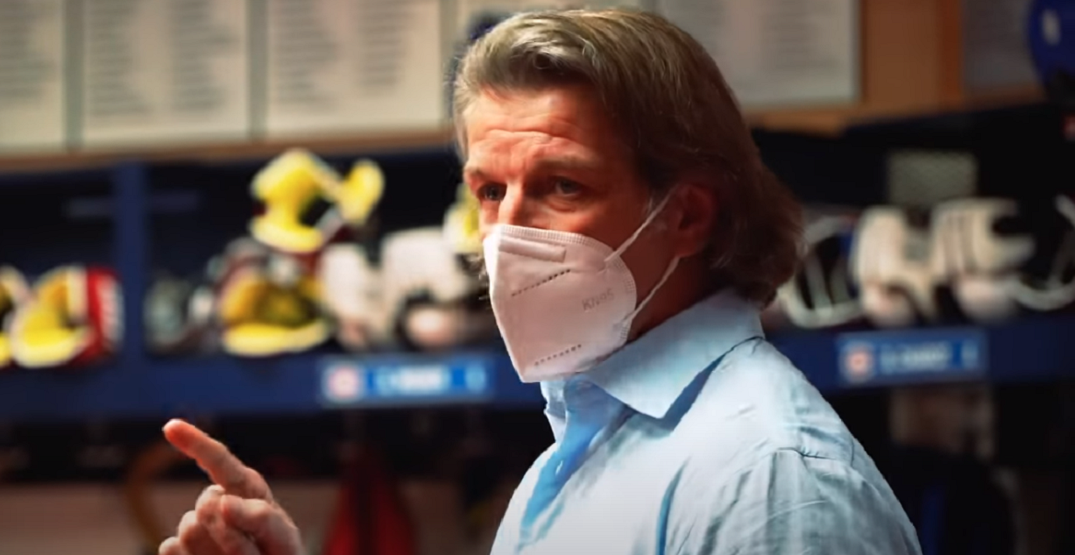 Montreal Canadiens GM Marc Bergevin is nothing if not passionate about his job.

Known around the NHL as one of the game’s most respected executives, the 2021 GM of the year candidate has always been one to try to connect directly with his players.

In a video put out by the Canadiens showing his pregame speech to the Canadiens prior to last week’s Game 3, Bergevin spoke to his Canadiens in an inspired, calculated tone.

“I believe in you guys,” Bergevin said. “We’re gonna f*ckin’ win, and we’re going to move on.”

Go behind the scenes for Marc Bergevin's pregame speech from Game 3.#GoHabsGo pic.twitter.com/GA7Ki7LOlC

“If you look at the poster child of adversity, it’s you guys,” he added.

Much has been made about the underdog Canadiens’ play style: consistently rolling through four lines and sticking mostly with two top defensive pairs to combat high-skill teams through all three playoff rounds. Twelve different players have scored playoff goals for the Habs so far, with Tyler Toffoli’s five in 15 games leading the way.

The Canadiens are just six wins away from their first Stanley Cup victory since 1993, which would give them a league-leading 25th Stanley Cup.

Bergevin, a 20-year NHL veteran himself who was born in Montreal, clearly understands the weight of his duties at the helm of one of the NHL’s most storied franchises.

The Canadiens won Friday night’s Game 3 3-2 in overtime, but dropped Game 4 on Sunday by a 2-1 score to even up the series at two games apiece.

Game 5 is on Tuesday night in Vegas at 9 pm ET.