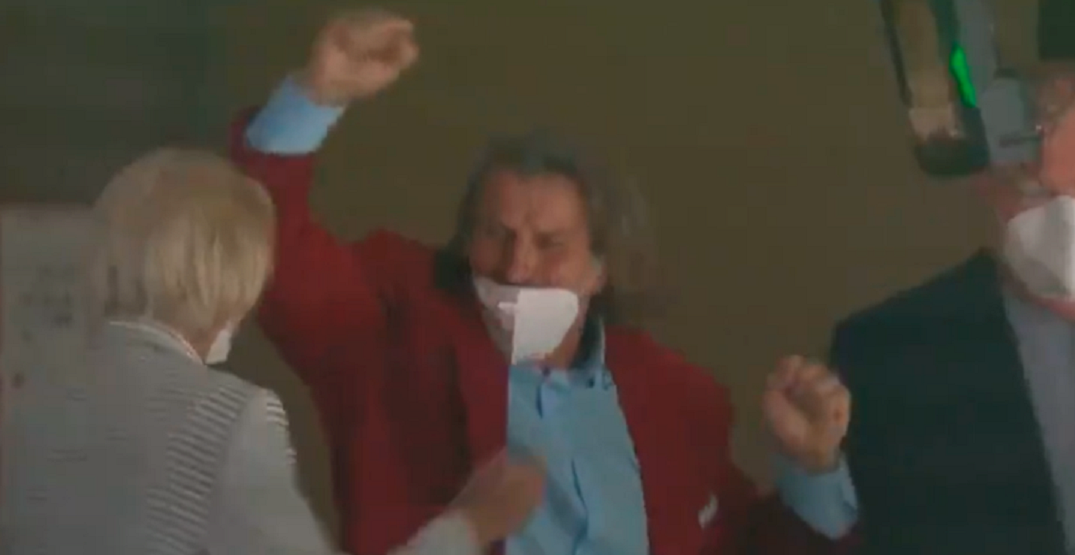 Heck, he might even be the happiest man on the planet.

After nine years on the job as general manager, Thursday night’s win over the Vegas Golden Knights brought the Montreal Canadiens boss his first Stanley Cup Final appearance as an executive.

As his Montreal team pulled off yet another series win where they were billed as the underdog, Bergevin couldn’t help himself show a bit… okay, a lot of emotion.

Bergevin was caught on camera jumping up and down, running back and forth, and acting, well, like, someone who just saw their team advance to the Stanley Cup final.

A native Montrealer himself, Bergevin definitely understands the weight of the feat his team just accomplished. If you didn’t know who he was, you could easily have mistaken Marc Bergevin for a businessman at the game who’d had a few too many sodas.

Canadiens forward Arturri Lehkonen scored the game-winning goal less than two minutes into overtime to secure Montreal’s first Finals appearance since winning it all in 1993.

The goal was Lehkonen’s third of the playoffs, but easily the biggest goal he’s ever scored for the team since being drafted in 2013.

Bergevin appeared to love it.

bergevin giving lehkonen a lil smooch through his mask pic.twitter.com/GmCAwMxt0I

This one ruined me. #GoHabsGo pic.twitter.com/3DLDDaNZQ3

Bergevin has often been maligned for making some odd moves, but earned a GM of the year nomination for his performance in building the sudden juggernaut Habs.

He’s got to be feeling good about the team he’s built: they seem to always come up in the big moments on this playoff run, and it’s hard to keep counting them out with yet another overtime win.

What a ride it’s been for Bergevin, his Habs, and perhaps most importantly, that red jacket.

If the Canadiens continue this storybook run and end up winning the championship, we can only expect that Bergevin’s celebration will be LEGENDARY.