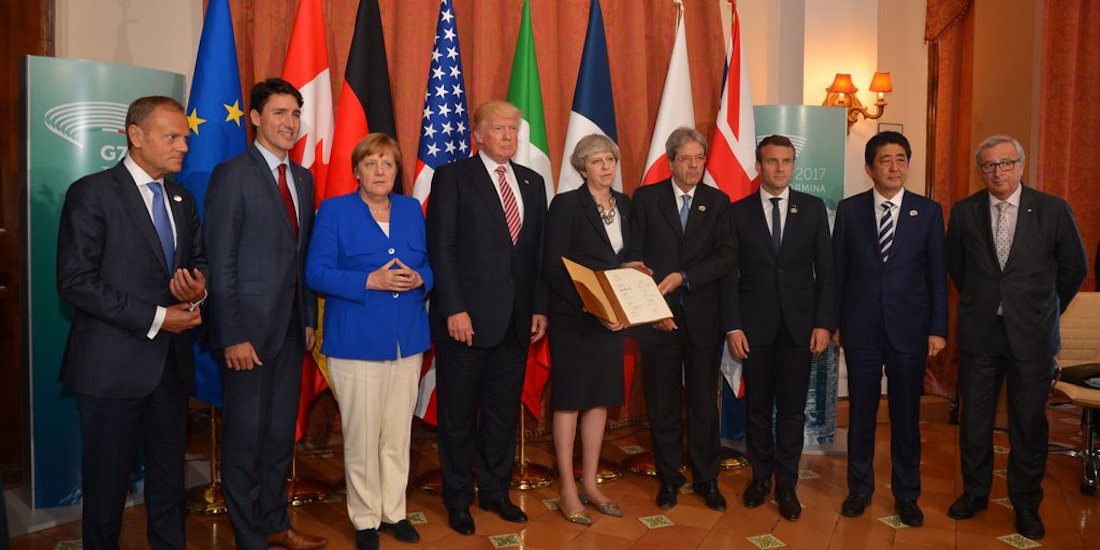 This week, leaders from around the world will gather in Quebec for the G7 summit.

And while Canadians are generally warm and welcoming, that isn’t necessarily the case in terms of our views of world leaders.

According to a recent Angus Reid Poll, Canadians view the US president as “corrupt,” “arrogant,” and “a liar.”

The poll also found that Trump is joined in the Canadian “public opinion dog house” by another major world leader, Russian President Vladimir Putin. Putin is most commonly described as “corrupt.”

On the other hand, British Prime Minister Teresa May, German Chancellor Angela Merkel, and French President Emmanuel Macron figure much more positively in the Canadian consciousness. Each leader was commonly described as “strong,” “influential,” or “charismatic.” 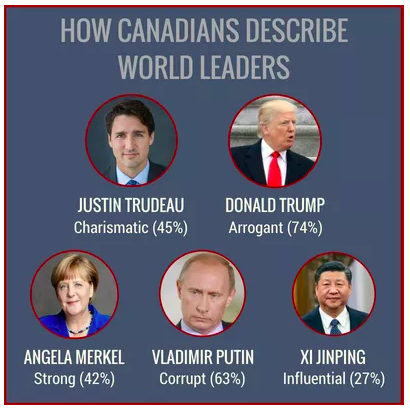 In Canada, Prime Minister Justin Trudeau is met with a mix of positive and negative descriptors from the Canadian public. He is seen as “charismatic” and “compassionate,” but also “weak,” “arrogant,” and “bumbling.”

Another leader joining the summit is Chinese President Xi Jinping, who is generally viewed as “influential,” “strong,” and “strategic,” but also “secretive” and “corrupt.”

Why exactly is the #G7 important and how does it work? #G7Charlevoix pic.twitter.com/Hdyd76HK5C

The poll found that the three remaining leaders are unknown to most Canadians. Seven in 10 Canadians say they are unfamiliar with Japanese PM Shinzo Abe.

The G7 Summit takes place on June 8 and 9, hosted at the luxurious (and very) remote Fairmont Le Manoir Richelieu in the Charlevoix region of Quebec.