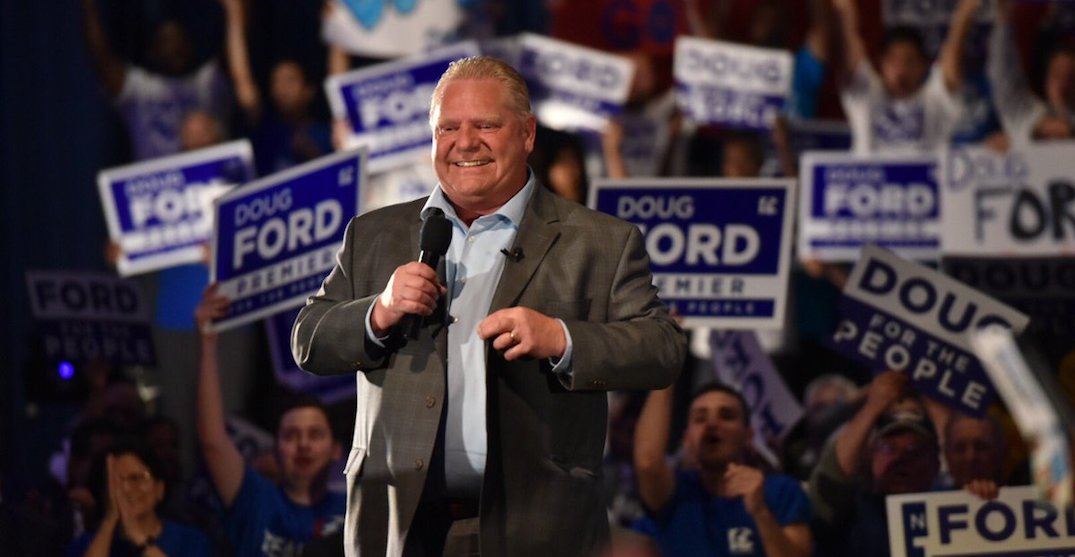 Days ahead of the looming provincial election, Ontario PC leader Doug Ford is being sued by Renata Ford, the wife of his late brother and former mayor Rob Ford.

According to CBC, the multimillion-dollar lawsuit accuses Doug and the Ford family business of keeping money from her and her children.

In the $16.5 million lawsuit, Renata accuses the PC leader and his brother Randy, who run the Ford family businesses together, of conspiring together and withholding shares of the family company Deco Toronto from her and her children as well as life insurance policy.

The news comes as quite a shock and current Ontario Premier Kathleen Wynne is calling the lawsuit both “sad and distressing” and not “what Ontario needs”.

This Deco lawsuit is both sad and distressing. It’s sad because it draws in family. It’s distressing because this is the kind of thing we will get daily from Doug Ford as premier. Chaos and confusion. It’s not what Ontario needs.

Renata’s allegations have not been proven in court, and they come just three days before the Ontario election, which sees Doug Ford’s Progressive Conservatives in a neck-and-neck race against Andrea Horwath and the NDP Party.

Eligible voters will hit the polls this Thursday, June 7, to vote in the 42nd Ontario general election.