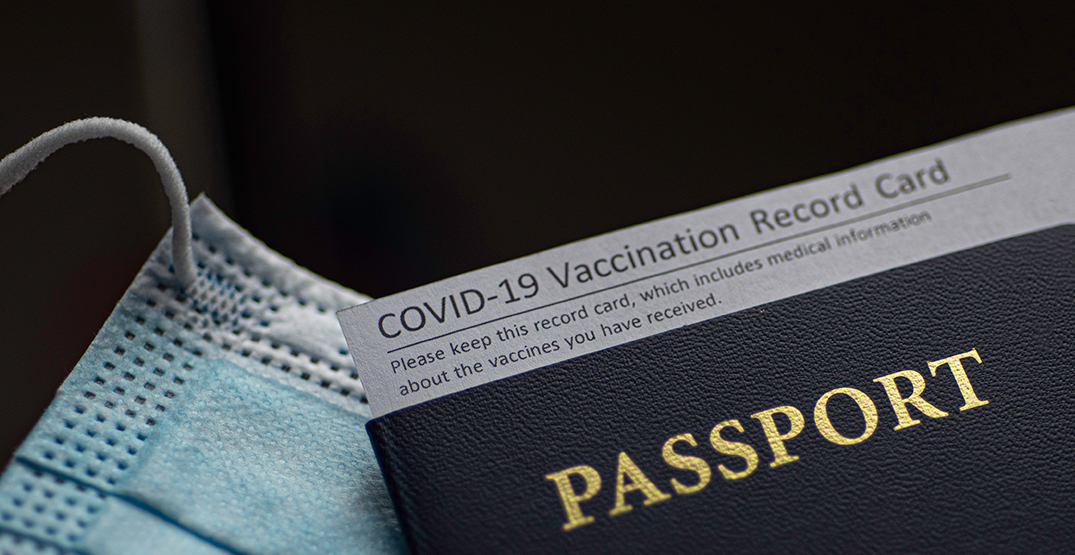 Canadians strongly support the idea of using mandatory COVID-19 vaccine passports for international travel, according to a new survey.

More than three-quarters (76%) of Canadians surveyed in the Angus Reid Institute’s latest poll say they approve of using vaccine passports for travel to the US, and four out of five (79%) say they’d use a vaccine passport for travel overseas.

But support for vaccine passports was weaker when Angus Reid asked participants about activities at home. About half of Canadians surveyed (55%) would support using vaccine passports to access restaurants, malls, movie theatres, and other places in the community. 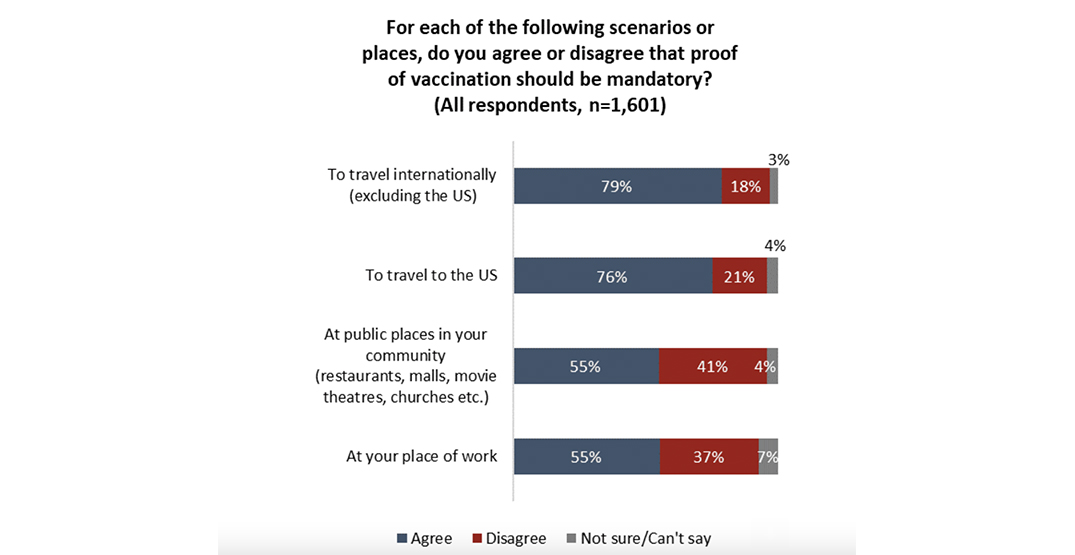 Angus Reid’s research also suggests vaccine passports wouldn’t encourage anti-vaxxers to get immunized, because only 8% who identified as anti-vax said a mandatory proof of vaccination would make them more likely to get a shot.

Angus Reid’s survey is similar to findings from other polling agencies. A recent Research Co. survey found 57% of participants supported vaccine passports for spectators at large sporting events, and 56% supported the idea of live concerts.

Federal health officials have not said whether Canada will implement vaccine passports, and some have pointed out flaws with the idea. Vaccines are not 100% effective, and some have questioned issues of equity since many countries in the world don’t have comparable access to vaccines as Canada.

“The … more rapidly we can provide equitable vaccine access around the world to citizens everywhere is important,” Chief Public Health Officer Dr. Theresa Tam said Thursday. “None of us are protected until all of us are protected.”