The Angus Reid Institute has taken a different look at poverty in Canada.

Between May 28 and June 13 of this year, the Institute administered a survey to 2,542 Canadians about the financial hardships that they either have faced in the past or are currently facing.

Instead of solely looking at people’s income, the study was carried out to take a look at the lived experiences of Canadians when it came to their money (or lack thereof), and it found that more than a quarter of Canadians surveyed are struggling to make ends meet.

The report, titled “What Does Poverty Look Like in Canada?” asked respondents if they had encountered or were facing any of twelve financial circumstances, and sorted them into four distinct groups based on how many circumstances they had experienced. 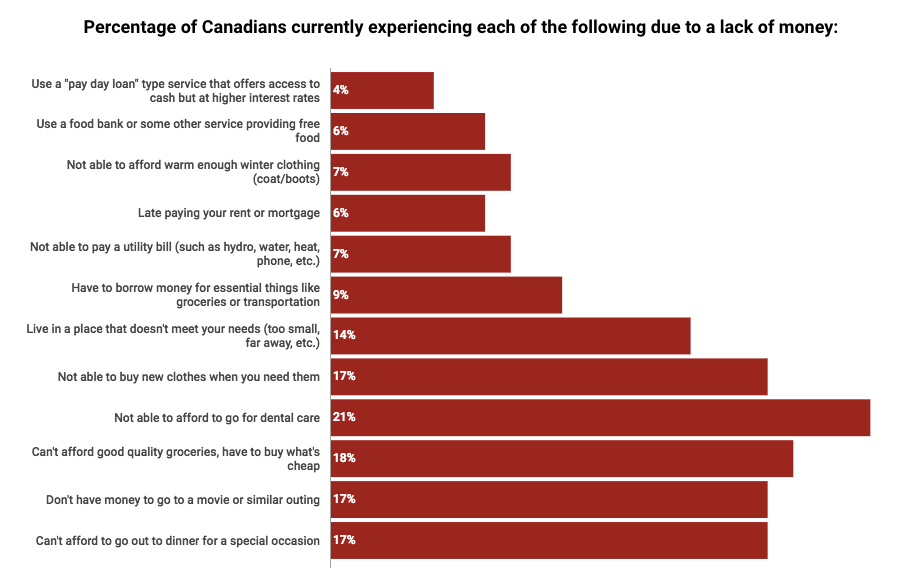 The study also included an infographic showing the different demographics that were prevalent in each category.

Those in the struggling category were five times more likely to have a physical disability than those in the always comfortable category and were more likely be younger, a visible minority, or to identify as LGBTQ+. 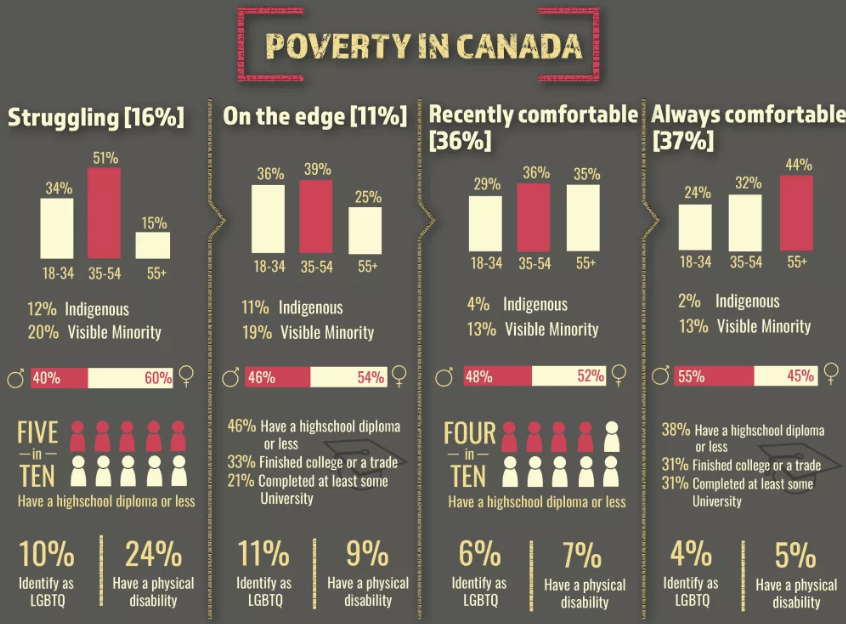 Nearly one-third of Canadians surveyed (31%) are often or always worrying about their financial situation, while only 27% state that it is something that they never have to worry about.

Naturally, the majority of those worried about their finances come from the struggling category, and vice-versa for those who never worry coming from the always comfortable category. 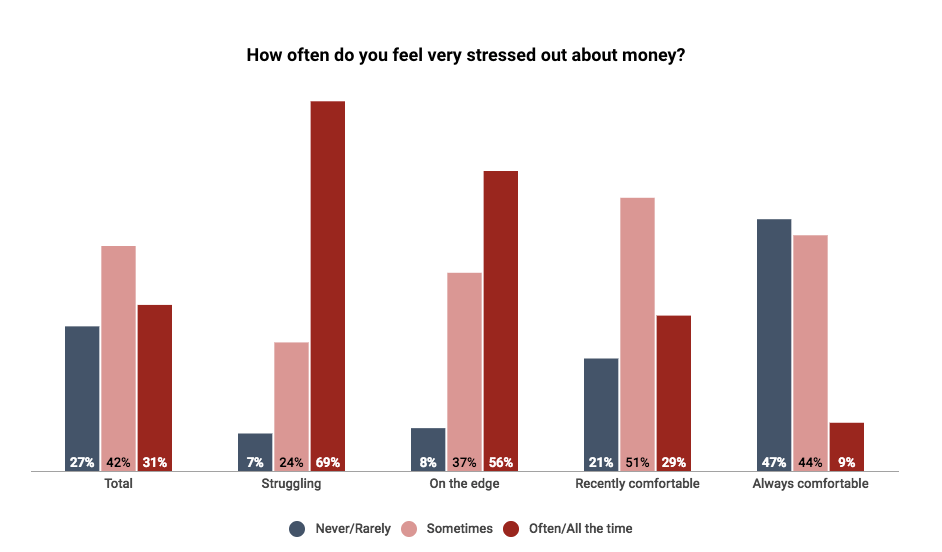 How often respondents worry about their finances (Angus Reid Institute)

Subsequently, over half of Canadians surveyed stated that they believe poverty is increasing in the area that they live over the past few years, with only 9% stating the opposite.

The overall view of poverty in Canada is a somewhat pessimistic one, according to the report, as 30% of respondents stated that they are pessimistic about their future financial situation, and 42% believe that their children will be even worse off than their current generation.

The full report can be found at the Angus Reid Institute’s website here, and it should be noted that, due to the survey being administered online, people living in extreme poverty (ie, not having access to internet services) may be underrepresented.