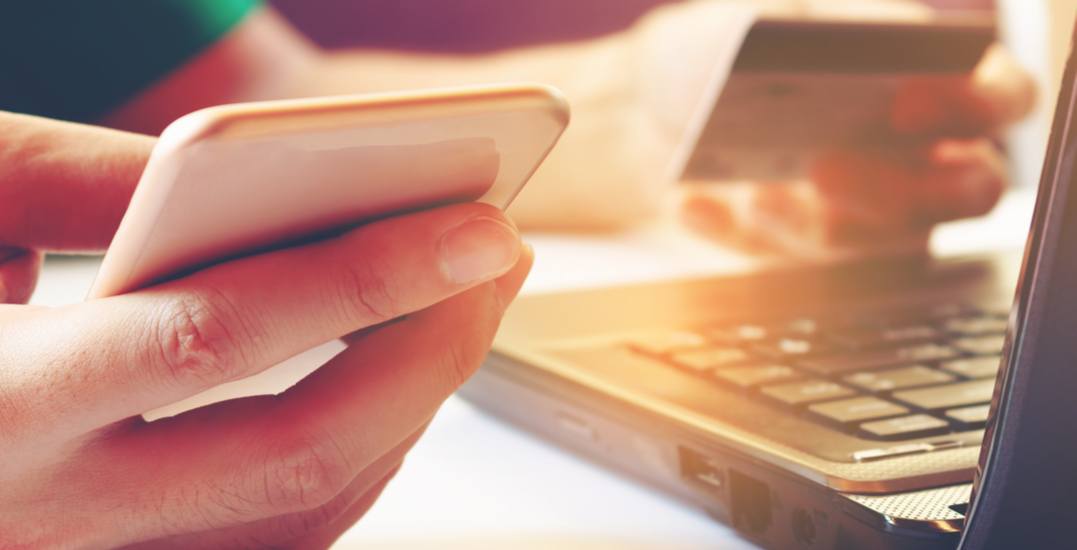 Person purchasing something on their phone/Shutterstock

It’s no secret that wallets tend to get a little lighter around the holidays, but it may actually be your phone that is breaking the bank.

According to a recent survey that was conducted by Legerweb and commissioned by PayPal Canada, the average Canadian respondent had been spending around $2,500 per year simply by making purchases through their mobile apps.

The survey was conducted online with a sample of 1,807 Canadians — though it should be noted that all respondents had to have been a user of at least one or more mobile apps for on-demand services, which account for roughly 50% of the adult population.

While Canadian mobile app-users were actively using an average over only three on-demand-service apps on the regular, the ways in which they accommodated their lifestyles generally varied by demographic.

The three biggest culprits for in-app spending were for food delivery, transportation, and household chores.

“The power of mobile apps is transforming how we live our lives. From meal delivery, to ordering cabs and cleaning services, many services are now at the touch of our fingertips; they help free up time in our busy schedules,” said Nancy Sahota, PayPal Canada’s Head of Consumer Segment, in a release that accompanied the survey results.

The survey found that, of the mobile-app-using respondents, seven in 10 stated that they used apps to order their coffee or breakfast items (70%) while a similar percentage used mobile apps for rideshares or taxis (69%).

49% of respondents would handle their parking with their smartphones, and another 63% would have their food delivered through an app, rather than calling a phone number.

When it came to household chores, it appeared that many Canadian app-users would save themselves the hassle by simply paying to have their houses cleaned (27%), laundry and dry-cleaning done (23%), or groceries delivered (27%).

The survey also found that men were more likely than women to make purchases on apps for all categories except for beauty services, where women’s use outweighed men’s by a slim 27% to 25%.

The divide was most noticeable when looking at laundry services (29% of male respondents made purchases compared to 17% of female respondents), task-based services like cleaning or dog-walking (32% to 22%), and grocery delivery (42% to 31%).

Unfortunately those quick and easy purchases tend to add up over the span of a year… who knew?