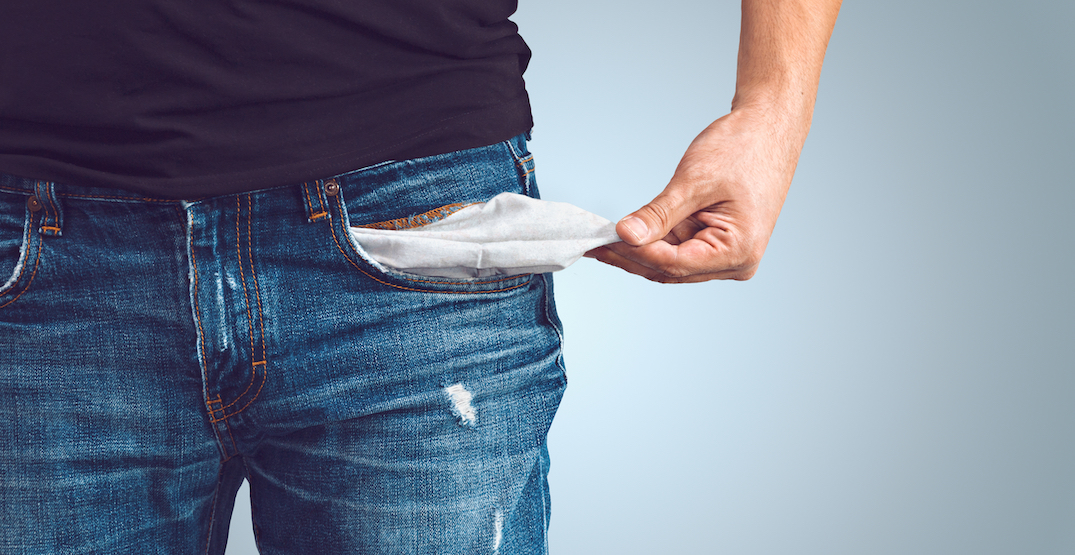 The unprecedented financial shock as a result of COVID-19 now has nearly half, 49%, of Canadians teetering on the brink of insolvency, representing a 10% jump since December.

With mounting layoffs and scores of workers seeing reduced hours, as well as increased expenditures to protect themselves against the coronavirus, the latest MNP Consumer Debt Index — compiled by Ipsos on behalf of MNP — indicates Canadians are more concerned about their consumer debt than ever before.

Those on the brink of insolvency are $200 or less away from not being able to pay their monthly bills, including 25% who say they are already unable to meet all of their monthly debt obligations. Prior to the pandemic, many Canadians were already burdened by their debt and were in economic survival mode.

“Our results underscore how vulnerable Canadian households are to income interruption. Over the next few months we’ll likely see an unfolding of two crises: the global pandemic and the bursting of the Canadian consumer debt bubble,” said Grant Bazian, president of MNP, in a statement.

With the growing uncertainty, 34% of Canadians are concerned either they or someone in their household could lose their job, and 30% indicate they are not confident in their ability to cope financially with the loss of employment, change in wages, or seasonal work without going deeper into debt.

Bazian urges struggling Canadians to avoid panicking — do not rush to quick cash like payday loans, run up high-interest credit cards, or panic buy an unnecessary amount of household goods — beyond what is recommended by government officials for self-isolation.

“Focus on the necessities. Communicate with your creditors right away if you are in danger of missing any payments. And seek debt advice from a licensed professional,” he added.

In British Columbia, 43% of respondents indicate they are worried about their current debt levels, with 40% almost unable to pay next month’s bills. As well, 28% said they are worried a household member could lose their job, and 25% are unsure of their financial capacity if their level of employment changes.

Albertans, who were already struggling from a prolonged oil price-induced recession, are most concerned amongst the provinces, with 46% worried about losing their job and unconfident with their ability to cope financially. Nearly six in 10 (58%) of the province’s residents are $200 or less away from not being able to pay their monthly bills.

Residents of Ontario also stated a heightened concern: 48% indicate they are worried about current debt levels, 35% concerned someone in their household could lose their job, and 33% noting they are unsure with their ability to financially cope. Moreover, 49% of Ontarians are on the brink of insolvency.

And in another key province, Quebec, 47% of the province’s residents said they are concerned about their debt levels at the moment. As well, 34% are worried someone in their household will lose their job, 22% indicate they are not confident with their ability to cope financially, and 52% are on the verge of finding themselves to be insolvent.

The greatest rates of negative change in financial concern as a result of the coronavirus were amongst the residents of Ontario and Quebec.

In response to the financial crisis, the federal government has enacted a series of emergency interventionist measures for struggling Canadians, including the Canadian Emergency Response Benefit providing up to $2,000 per month over the next four months for those who lost their income, and a subsidy of up to 75% of the wages paid by small- and medium-sized businesses to avoid further layoffs and business closures.

Provincial governments have also enacted their own financial relief packages for their residents.