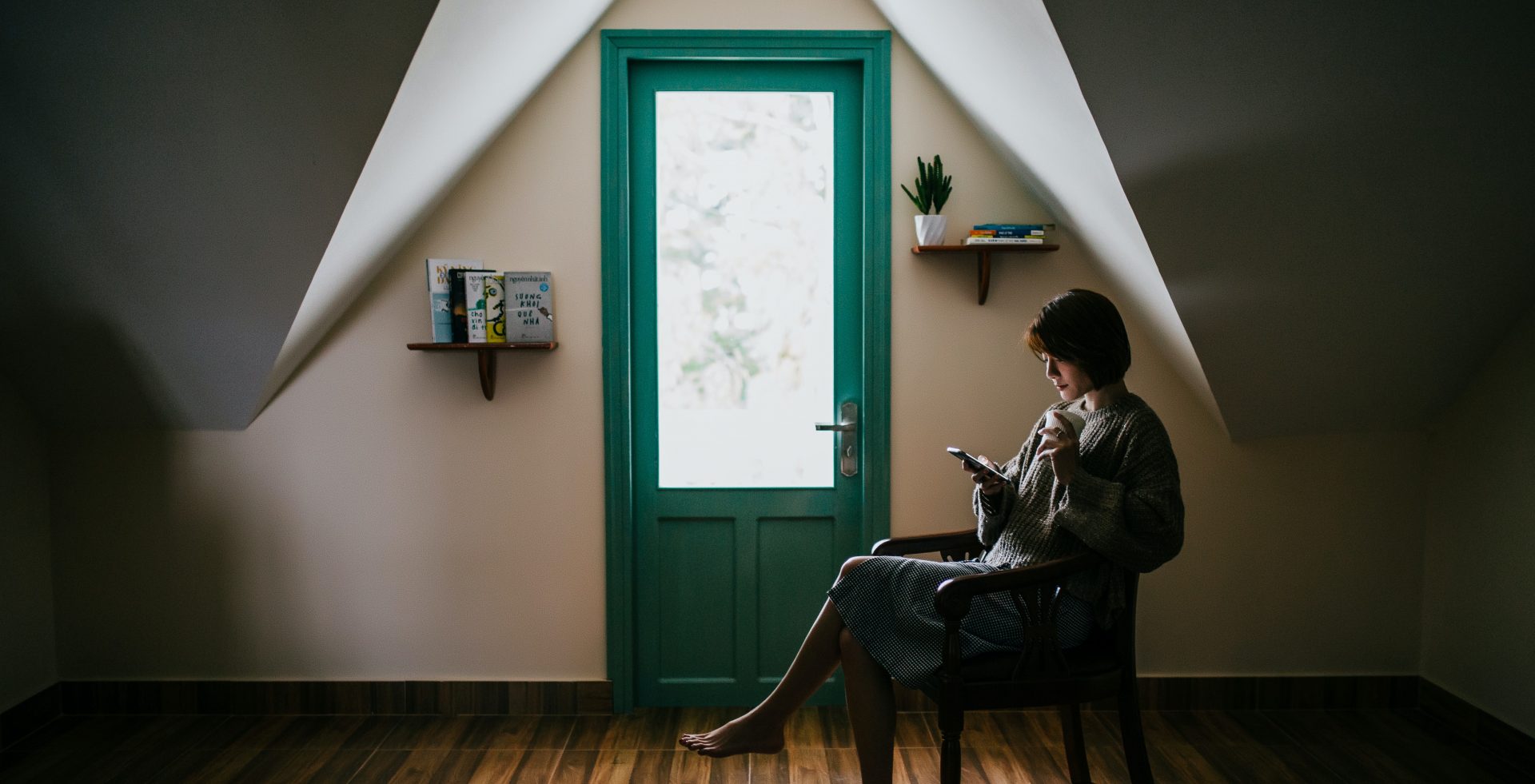 The Canadian job market has taken an unprecedented hit over the last month with the loss of over 1 million jobs in March alone, hurling many into a state of precariousness and uncertainty.

Without the cash flow needed to sustain their workers, many employers have had to make the tough call to let their workers go until business is able to resume.

Government benefits, like the Canada Emergency Response Benefit (CERB) or small business wage subsidy, have attempted to soften the blow for those affected. Other measures, like tax deferrals, student loan relief, and greater access to Employment Insurance (EI), have also attempted to minimize financial burdens for Canadians amid the ongoing crisis.

How are Canadians feeling about their current predicament, and what’s to come? We caught up with Canadians impacted by the recent wave of layoffs to find out. 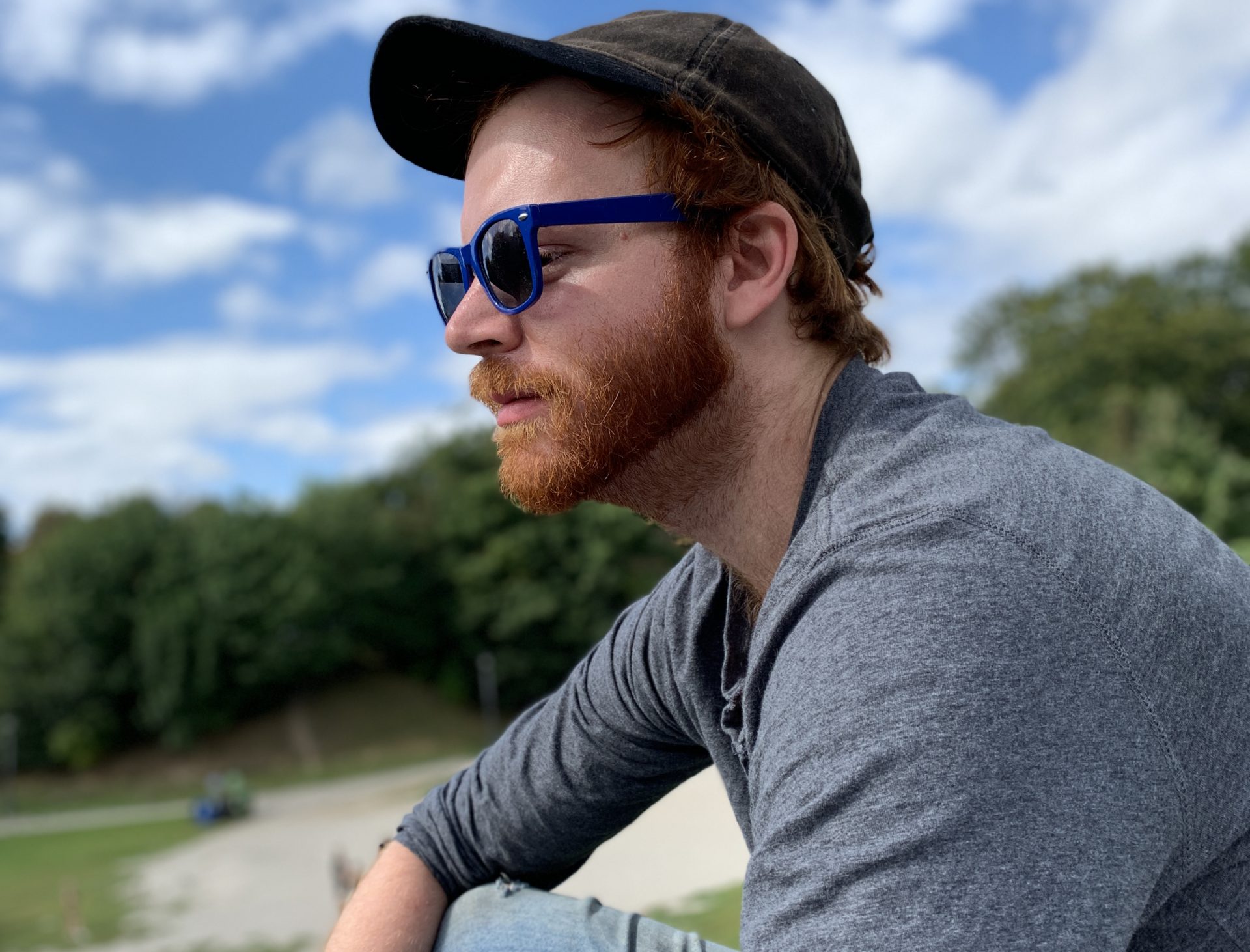 Matt Calhoun, a chef at Toronto’s beloved Broadview Hotel, is struggling to adjust to his new day-to-day, which has “drastically changed,” but he feels fortunate to have a job waiting for him once things return to normal.

“As someone who is used to working long hours and always on their feet, it has been very tough to come to terms with. I have been cooking a lot at home and trying to stay busy and motivated but it has been tough to find [the motivation] sometimes.”

The dramatic changes, too, have left plenty of time to ponder the “devastating impact” the crisis has had on the restaurant industry overall. As recent surveys have shown, nearly one out of 10 restaurants have already closed permanently, a number that is likely to grow as conditions remain ongoing.

Thankfully, being eligible for Employment Insurance has provided some much-needed relief and “helped relieve some of the stress,” says Calhoun.

As for his outlook on what’s to come: the more we follow physical distancing measures, the sooner we can reunite with our loved ones.

“We all have to respect the new rules put in place and be in this together so we can eventually see our friends and family.” 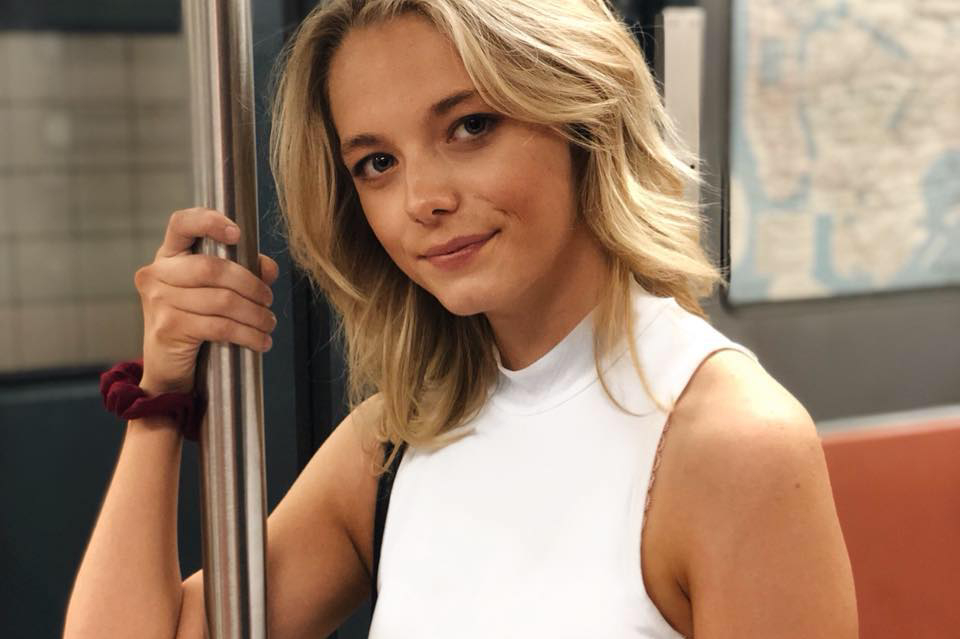 As a film and television professional, Sydney Lloyd is no stranger to navigating the already precarious nature of her industry. As a freelancer, finding job security under normal circumstances is a source of constant struggle.

As to whether the current situation will make things increasingly difficult, “I would be lying if I said I wasn’t worried for the future of this industry and what that means for me,” says Lloyd.

Despite the challenges, the CERB has provided some reprieve, and the overall situation has allowed her an opportunity for self-reflection.

“I felt for the first time in a while I could just pause, take a moment to step back and reflect on what I really want as an artist, and more importantly as a person,” she says.

Like many of us, Sydney’s daily life has “shifted completely” as she wrestles to find a routine that works for her but “isn’t super repetitive.” For the most part, that includes taking the time to do things she’s been putting off: reading books, watching television shows, and calling friends.

Within this, she’s also dealing with intense internal and peer pressure to use this time to maximize her creative output but advises others not to overly push themselves to be productive during this period of hardship.

“An important reminder is that we do not need to be doing anything right now except staying safe. It’s great if you get that urge of creativity to do something, but no one should feel guilty if they don’t get that feeling right now.” 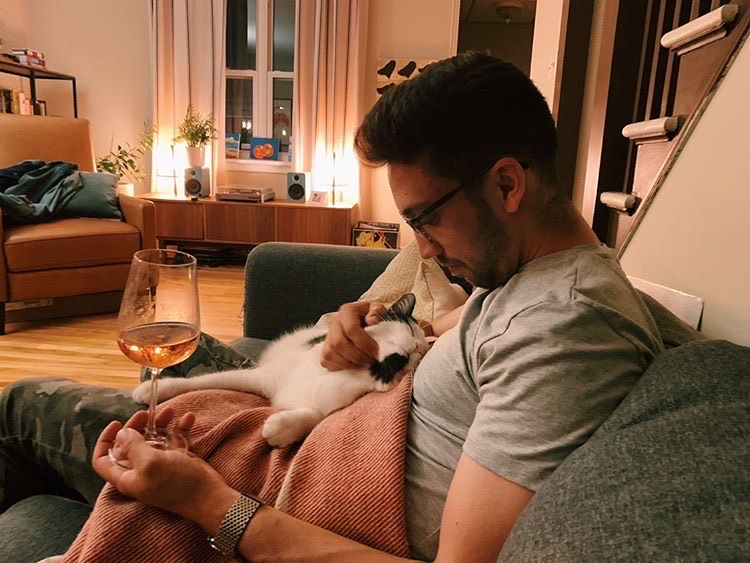 Even amid the whirlwind of changes, Zach is feeling grateful he’s not in financial ruin after being let go from his serving position at a local restaurant and despite the disruption of his photography business.

“For me, the [Emergency Response Benefit] gives me slightly more money than I was making before the pandemic,” says Zimmerman.

Financial woes aside, managing the day-to-day still has its challenges. A self-proclaimed “extrovert,” he recharges his batteries by spending time with friends, which has been a “tough” adjustment.

By dedicating his new-found free time towards getting his website up and running, he hopes he can “hit the ground running as a full-time photographer” once normal life resumes.

But, above all, he’s looking forward to enjoying a cold pint at his favourite bar and thinks that others, too, will gravitate towards the familiar once restrictions are eased.

“I think human nature after a crisis of this magnitude will be to go back to their comfort zone, to their traditions, to what feels familiar.” 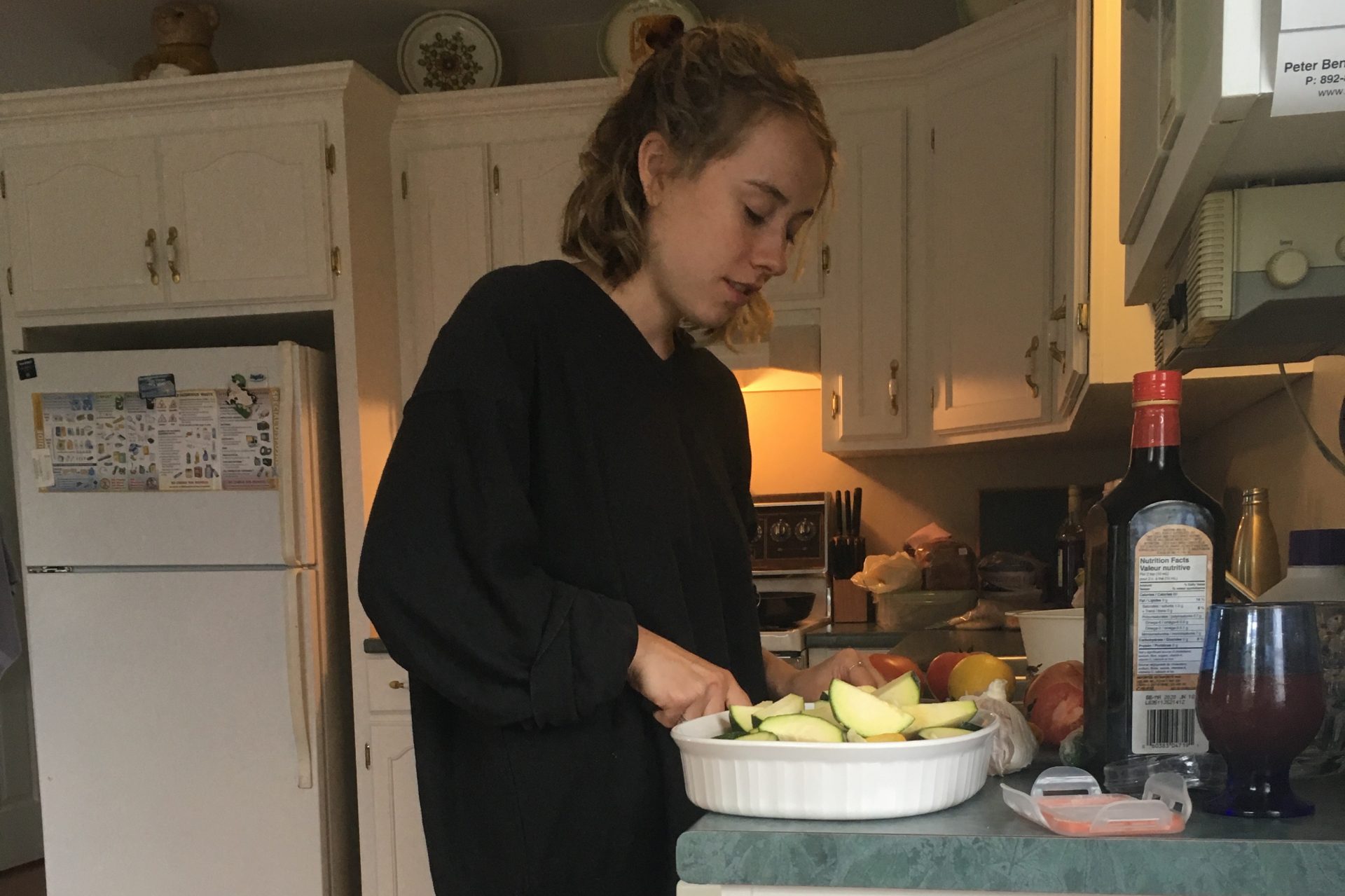 Kate was balancing her job as a cook at a local French restaurant (shoutout to local Toronto gem Cote de Boeuf) and as a full-time student at the University of Toronto when the pandemic took hold and, ultimately, made her re-evaluate life in the city.

“I knew I wouldn’t be able to afford living in Toronto without a job, especially considering I’m trying to save up for grad school, so I moved home,” says Reeve.

After learning she didn’t qualify for regular EI, she applied for the CERB, which will, hopefully, ease any financial stress.

While going from full-time studies and part-time work in Toronto to isolating at home with family in Ottawa has certainly altered her day-to-day, she’s thankful to be close to her family and insists she’d much rather be at home in Ottawa than “alone in my Chinatown hole.”

But that’s not to say the implications of this historic and unprecedented time don’t weigh heavily. “This is the first time in my life that I feel like history is moving.” 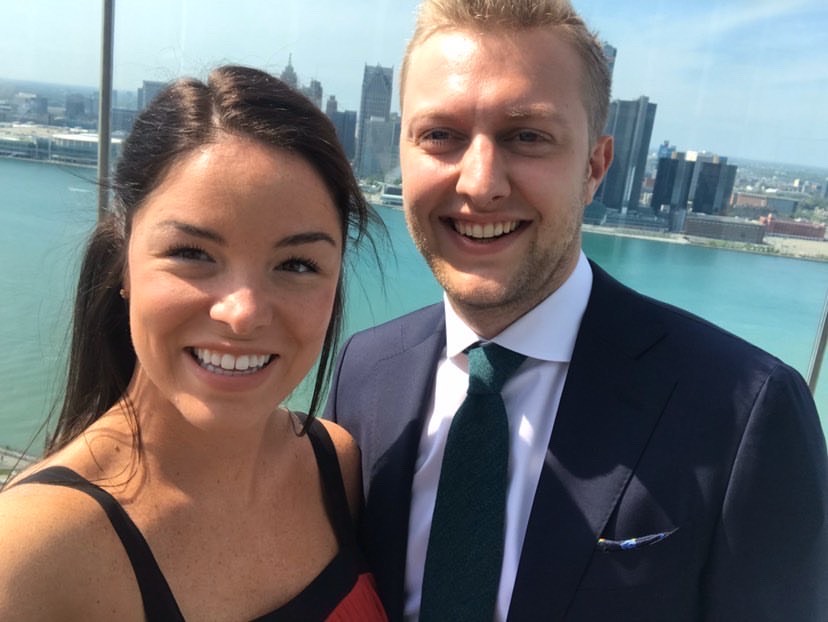 Despite these strange times, Max feels assured that, when the time comes, he’ll be able to return to his work as a sales professional at Toronto’s swanky Yorkdale mall.

He’s also optimistic about what’s to come and remains hopeful that the current restrictions will make people “eager to go out and shop again” once everything resumes.

As far as financial assistance goes, he describes navigating and getting access to EI as being a relatively “straightforward” experience.

“It works out for me because I split the rent with my girlfriend, but in the event that I had to make full rental payments [in Toronto] on top of groceries and other everyday expenses, things might be different,” says Templeton-Hartrick.

From a quotidian perspective, monotony is the main enemy, which he describes as “a lack of activity and excitement that is leading to boredom.”

Looking forward to what’s to come, Max feels “intrigued” to see how life will unfold post-pandemic.

“This is going to reshape our economy and how we interact. I feel like things will return to normal once this passes — or a “new normal” — whatever that looks like.”