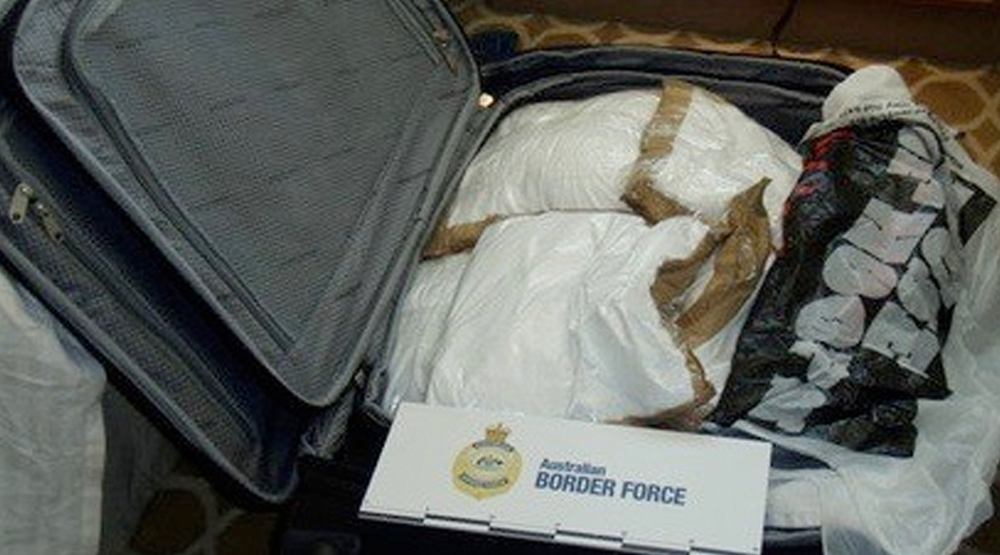 Three Canadians were arrested in Australia yesterday when their cruise ship arrived in Sydney harbour.

Australian Border Force (ABF) boarded the ship, and along with their detector dogs, searched several passenger cabins resulting in the discovery of some 95 kilograms of cocaine hidden inside suitcases.

63-year-old Andre Tamine, 28-year-old Isabelle Lagace, and 22-year old Melina Roberce were all arrested and will appear in Sydney Central Local court today. They are being charged with”importing a commercial quantity of cocaine.” The maximum penalty for which is life imprisonment.

The street value of the bust is estimated to be between $30 and $31 million.

In a release from the Australian Government’s Department of Immigration and Border Protection, ABF Assistant Commissioner, Strategic Border Command, Clive Murray said that “this was yet another example of international cooperation leading to significant results in the fight against international drug syndicates.”

Murray added, “These syndicates should be on notice that the Australian Border Force is aware of all of the different ways they attempt to smuggle drugs into our country and we are working with a range of international agencies to stop them.”

It is being reported as the largest Australian drug bust to ever take place on a cruise ship.

The AFB called the bust a joint operation between themselves and the Australian Federal Police (AFP), in cooperation with the US Department of Homeland Security Investigations (HSI), New Zealand Customs Service (NZCS) and the Canada Border Services Agency (CBSA)

They also added that the investigation is still ongoing and that “we will not rule out further activity as we continue our investigations.”

The Sydney Morning Herald is reporting that the cruise ship the Canadians were on was The Sea Princess, and it had arrived in Australia in the last stages of a 66-day cruise around the world that saw stops in Canada, the US, South America, and New Zealand.