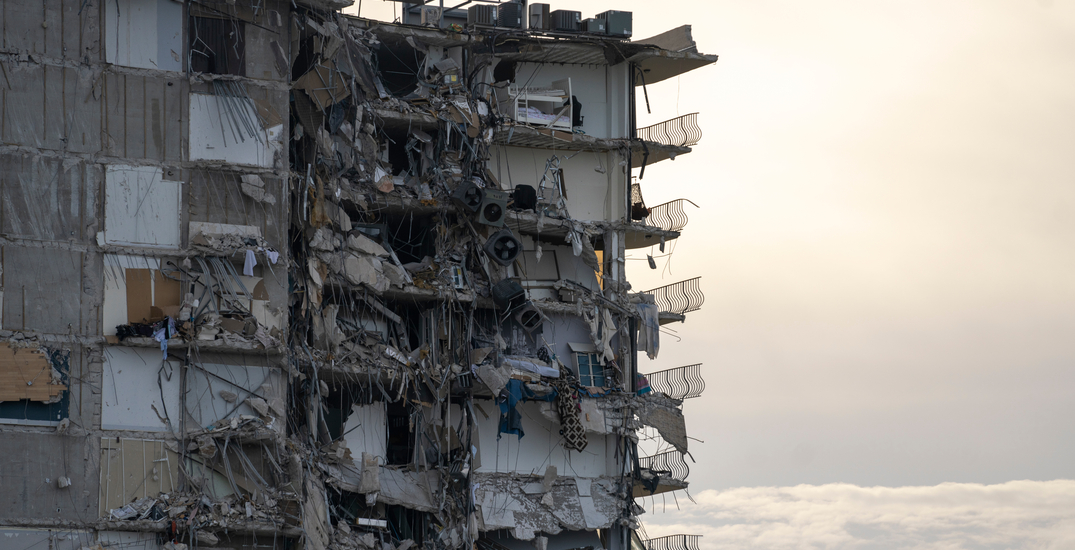 Several Canadian citizens may be affected by a condo collapse near Miami.

Global Affairs Canada confirmed to Daily Hive that preliminary reports indicate that at least four Canadian citizens “may be affected” by the building’s collapse.

“Canadian consular officials in Miami are in contact with local authorities to gather additional information,” a Global Affairs spokesperson said via email on Saturday.

“Canadian consular officials are also in contact with the affected families. We stand ready to provide consular assistance to Canadian citizens as necessary.”

The department noted that no further information can be disclosed at this time due to provisions under the Privacy Act.

According to CTV News, at least four people were killed in the early morning collapse, and 159 remain unaccounted for.

Officials have not yet determined what caused the building to fall, although a newly-released engineering report from 2018 revealed that it had “major structural damage.”

CTV noted that the report does not warn of “imminent danger” posed by the damage, which was to a concrete slab below the pool deck.

Waterproofing below the deck was improperly laid out in such a way that it prevented water from draining off. It is unclear if the issue played a role in the building’s collapse.