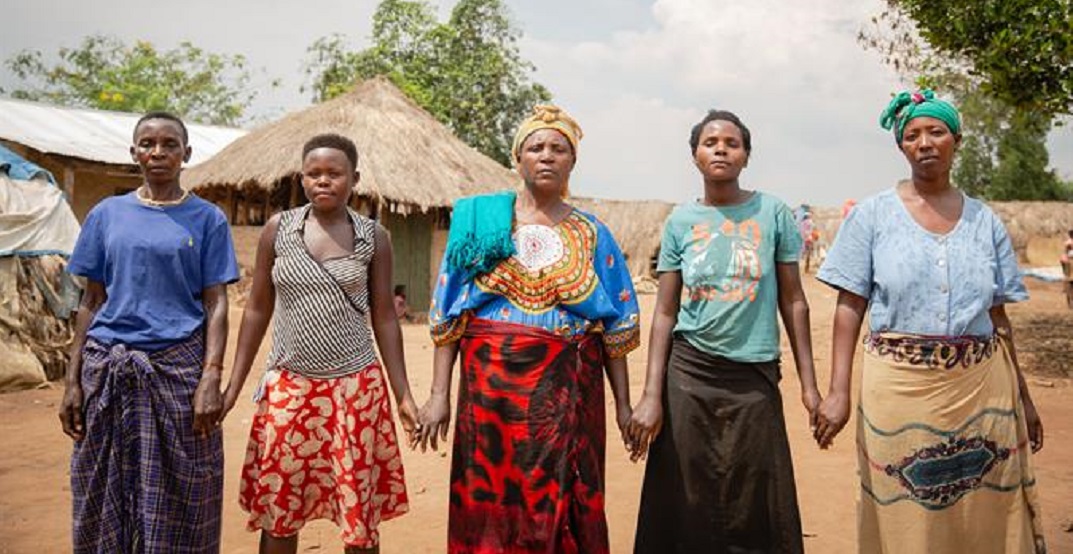 A Metro Vancouver woman is helping women halfway across the world by giving them the tools they need to lift themselves out of poverty.

Nicole Guzzo, the creator of  the non-registered charitable organization Prakasa Co., began her mission back in 2017 when she hosted a sewing workshop in Vancouver’s Downtown Eastside.

She would travel to India later that same year to teach sewing at a school, and realized that the skill could have life-changing effects on the women she met.

“I knew that that was something big and wonderful, because the women were able to find employment from [learning to sew],” Guzzo said in a phone interview with Daily Hive.

By 2019 Guzzo had visited Uganda and Nepal, teaching sewing and business skills to groups of women who were hoping to support themselves and their children — something that Guzzo said is important for a woman’s safety and well-being.

U G A N D A . Happiness comes from caring about something greater than yourself. Believing that you are a contributing component in some larger entity. That your life is much of a mere side project to a bigger idea. This sense of being apart of something greater than yourself 🍃 . . #ngo #nonprofit #charity #empowerment #women #girl #girlrising #volunteering #equality

“Finding an income and employment for a women is so important because they are then looked at with more respect, they can hold more responsibility, and they don’t need to stay in toxic situations that a lot of these women are in with their husbands,” Guzzo said.

U G A N D A . By shopping at Prakasa Co, you support 100% women-run businesses, ethical production, creativity and fair pay. These women can then use the funds to help their families break the cycle of poverty, put their children through school and become more economically self sufficient 💪🏿 . . #ngo #nonprofit #charity #empowerment #women #girl #girlrising #volunteering #equality

The women in Uganda have even created their own business selling scrunchies online and in yoga studios, salons, and boutique stores across the world, and Guzzo noted that one scrunchie sold can feed a woman for a week.

“It’s quite incredible; these women who had never even been to a post office before are now catching the bus, going to the fabric store, shipping the packages — it’s amazing.”

The scrunchies can be purchased for $8 at Prakasa’s website, with 100% of proceeds going right back towards the women who created them.

U G A N D A . With their new sewing skills, the women of Uganda created a hair scrunchie business. It is a 7 step process to create one scrunchie and a team of 16 women work away on 5 machines in a cozy sewing room. They measure, cut, sew, package and ship everything from Entebbe, Uganda 💁🏾‍♀️👑 . . #ngo #nonprofit #charity #empowerment #women #girl #girlrising #volunteering #equality #education

The women have sold over 3,000 scrunchies so far, and they offer a wide variety of colours and fabrics.

Guzzo stated that it’s important for Canadians to be aware of what an impact their purchasing choices can make on someone’s life.

“There’s just so much behind this purchase; when people can shop Prakasa instead of H&M it drastically changes the lives of these women, and it’s so obvious what has happened in the last year through their kids being educated, the women’s confidence, and the way they carry themselves.”

U G A N D A . Uganda ranks 11th in the world with the highest number of children out of school. The latest statistics shows that 700,000 children have no access to school simply because families cannot afford the expense. Often it is a choice between paying for school or paying for their families’ food. If you were in that situation, which would you choose? 👶🏾👧🏿 . Donate to our cause, sponsor a child schooling for one year in Uganda or shop our products in our online prakasaco store to help 📚 . . #ngo #nonprofit #charity #empowerment #women #girl #girlrising #volunteering #equality #education

Those who are hoping to support Prakasa and the women who have seen their lives change through the organization can do so by purchasing a scrunchie (or three!), donating to the organization (with funds going to sending the women’s children to school), or simply spreading the word about the brave, strong, and capable women who are lifting themselves and their families out of poverty.

Guzzo noted at the start of the interview that Prakasa is the Sanskrit word for inner light.

“I feel like everyone has this inner light that shines, but sometimes, due to our situations or countries or government, we aren’t able to shine as bright as we should.” 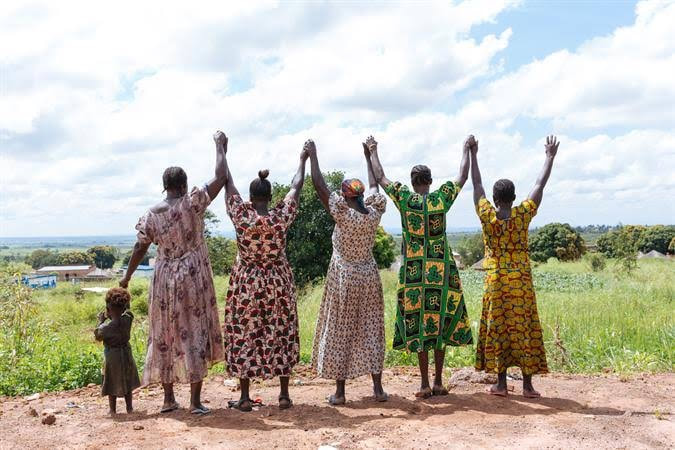