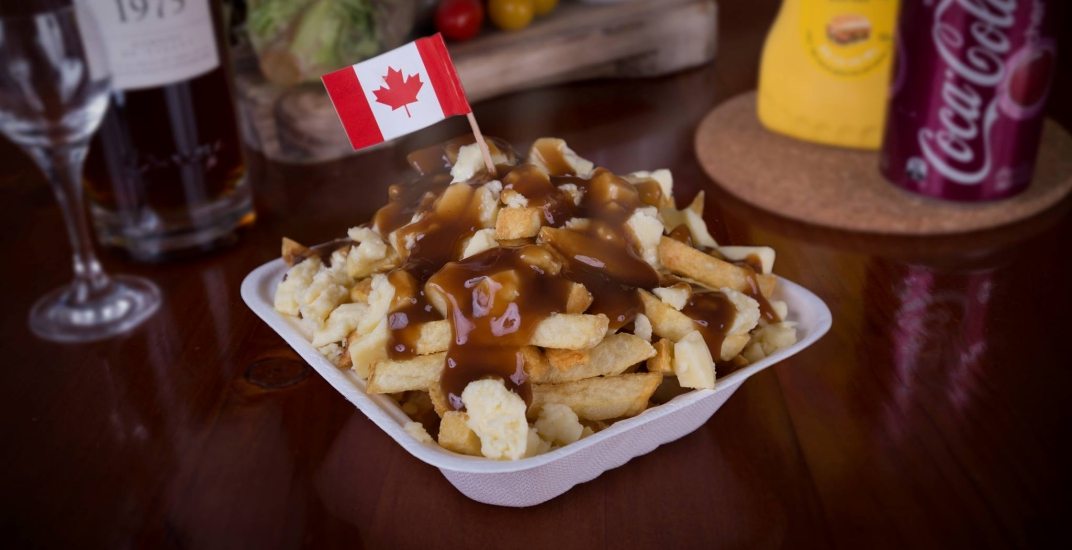 Canadians abroad, expats, and curious international eaters are not without options when craving a taste of the True North.

As it turns out, Canadian cuisine is quite a novel concept in other countries so we’ve rounded up some of the most flattering examples. On the menus, expect to see lots of poutine (apparently our most prolific culinary contribution to the world), as well as smoked meat, Caesars, and Nanaimo bars.

Lord of the Fries across Australia (and in New Zealand) 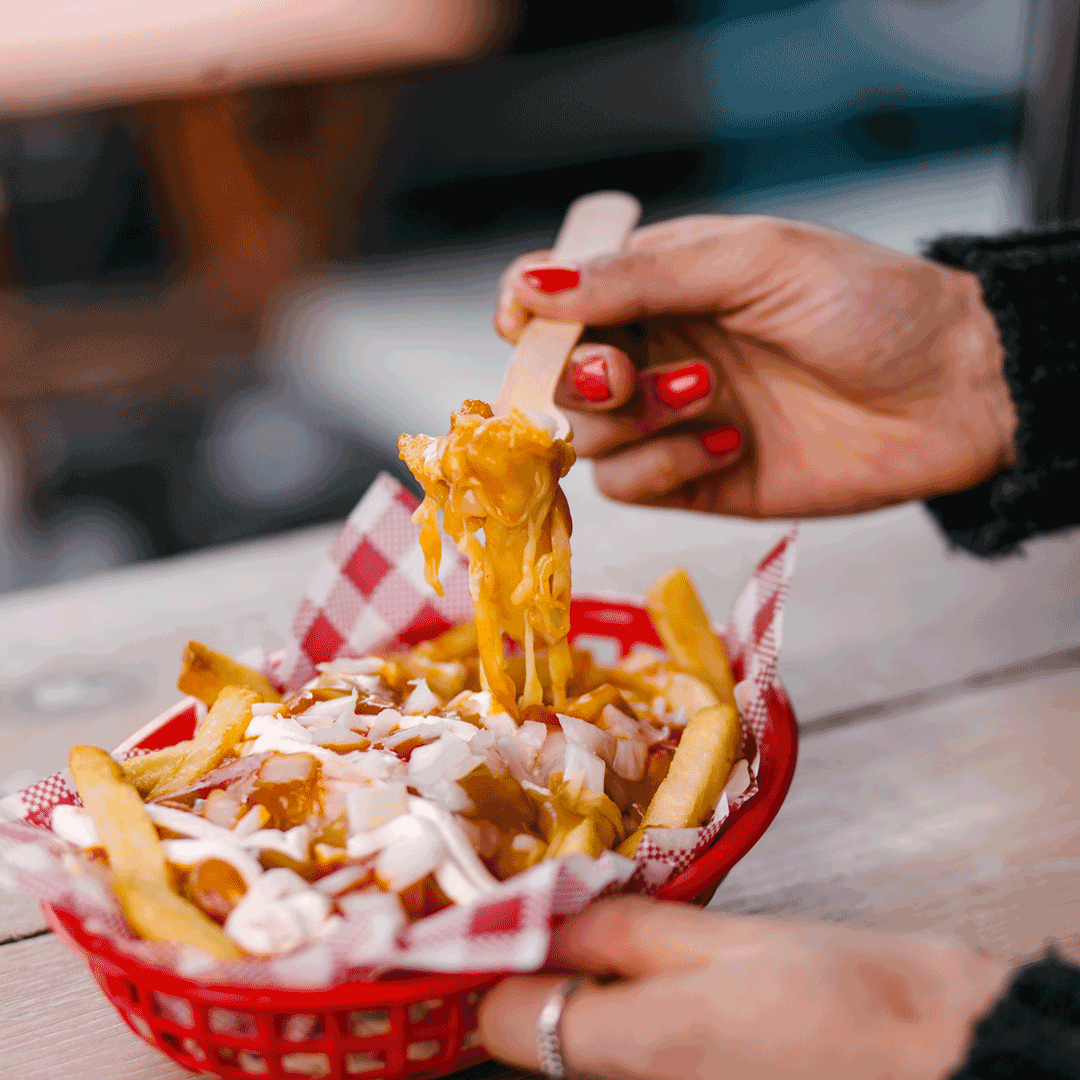 The lovechild of a Toronto woman who met a Melbourne man has now spawned six locations including one in New Zealand. It’s a vegetarian operation where French Canadian fry sauce is a menu favourite along with “the best poutine in the Southern Hemisphere (with a trophy to prove it!)” loaded on top of a veggie burger. 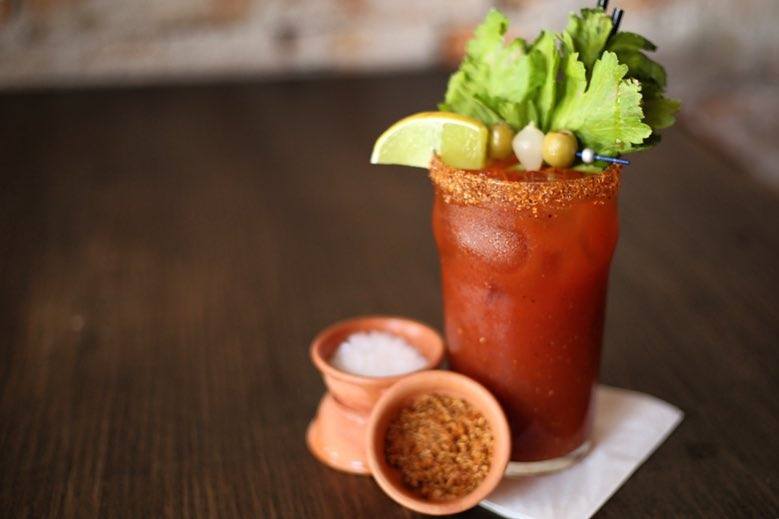 Get a taste of the True North even when you’re down under at this pub serving up grilled cheese sandwiches crafted with white bread and Kraft singles, Mac ’n Cheese croquettes, and cocktails including the “Beaver Tail” and a namesake Caesar.

This place even does “Poutine Crinkles,” though it comes with a disclaimer, “We tried … It’s not curds but our chips covered with melted cheese sauce and rich gravy will still blow your mind.” 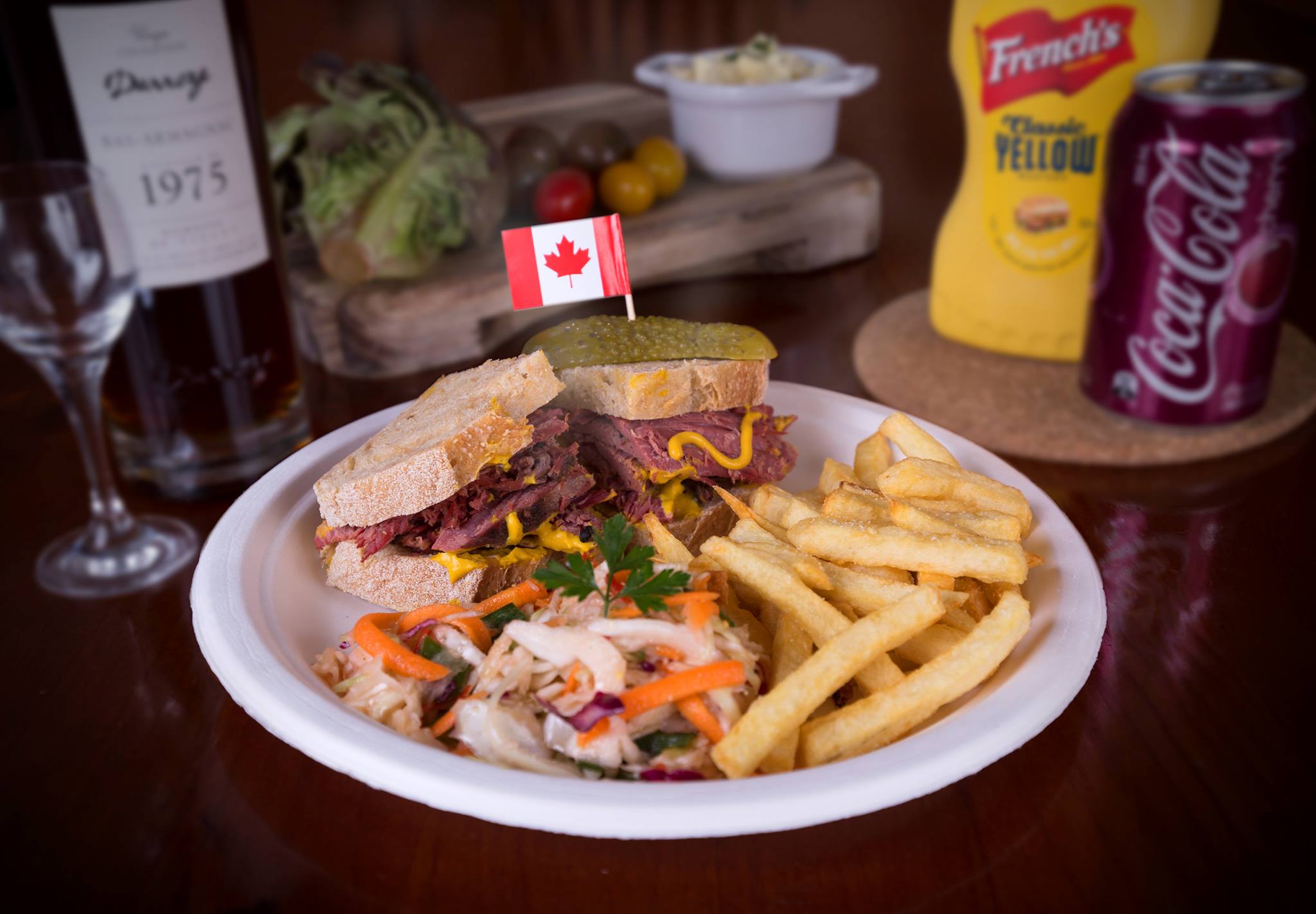 Located in Wollongong, a coastal city in New South Wales, this French Canadian food truck is a product of an “Aussie girl”-meets-“Québécois guy.” 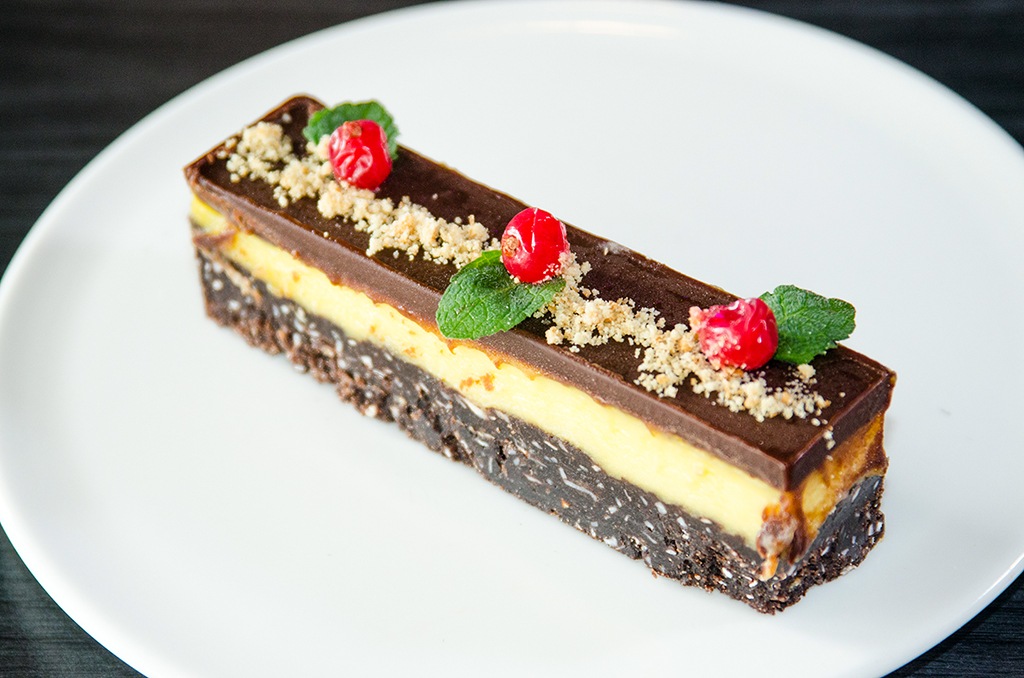 From Canada to your table! That’s the motto at this restaurant located in Seoul. Here the menu reps Canada from coast to coast with menu options like pancakes topped with Saskatoon berry sauce, Nanaimo bars, sweet maple poutine, and the CN Tower Burger, a towering creation featuring double beef patties topped with onion rings, lettuce, and potato hash. 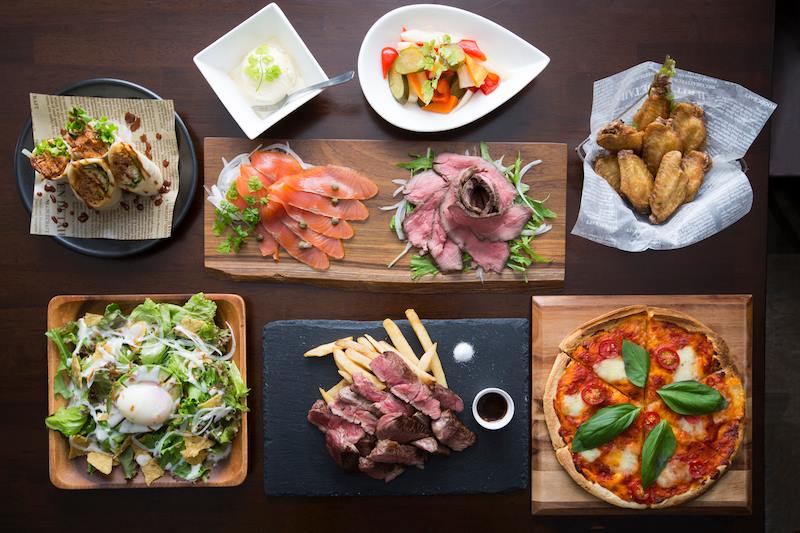 The concept centered around Canada and skiing first opened in 2006 at the Naeba Ski Resort in Niigata Prefecture and has since opened additional outposts at the Maiko Snow Resort, and in Tokyo.

The Moose in France 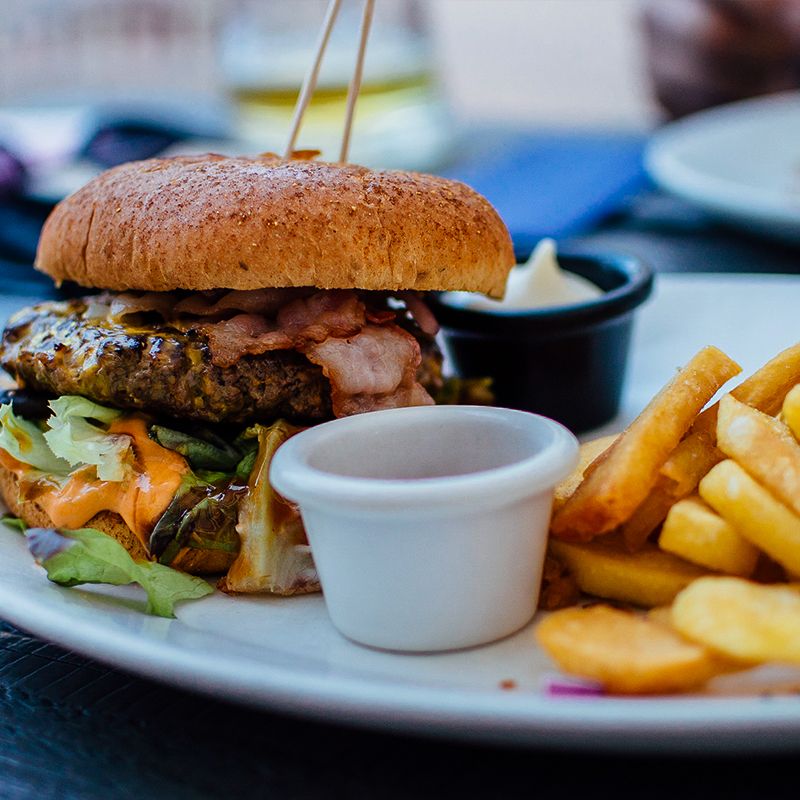 The Canadian sports pub in Paris was first established in 1999 and serves up a menu it bills as “100% Canadian Cuisine!”

Burgers, bagels, Montreal smoked meat on rye, mac and cheese, and poutine are all accounted for on this menu. Not to mention homesick expats can even enjoy a Thanksgiving dinner served in October, naturally.

The Great Canadian Pub in France

“You won’t get a friendlier welcome – or find a Bloody Caesar anywhere else in town!” Those are just some of the top selling points at this expat-owned pub in Paris. Open since 2005 by a pair Meudon Hockey club teammates, this place serves up smoked salmon on bagels, chicken wings, club sandwiches, and of course, poutine.

The Ontario in Germany

This Canadian steakhouse in Dresden prides itself on serving beef, bison, and elk steaks along with seafood selections like wild Canadian salmon, monkfish, and lobster.

Menu highlights include an oven-fresh beef pie with cranberry confit and sweet potato chips, moose stew, and Canadian pastries such as a chestnut butter tart, cheesecake, and a “Nanaimo bar” which might have gotten lost in translation: the iconic Canadian sweet is described as“a layered dessert of chocolate chip cookies, vanilla cream, and dark chocolate.”

Mile End in the USA 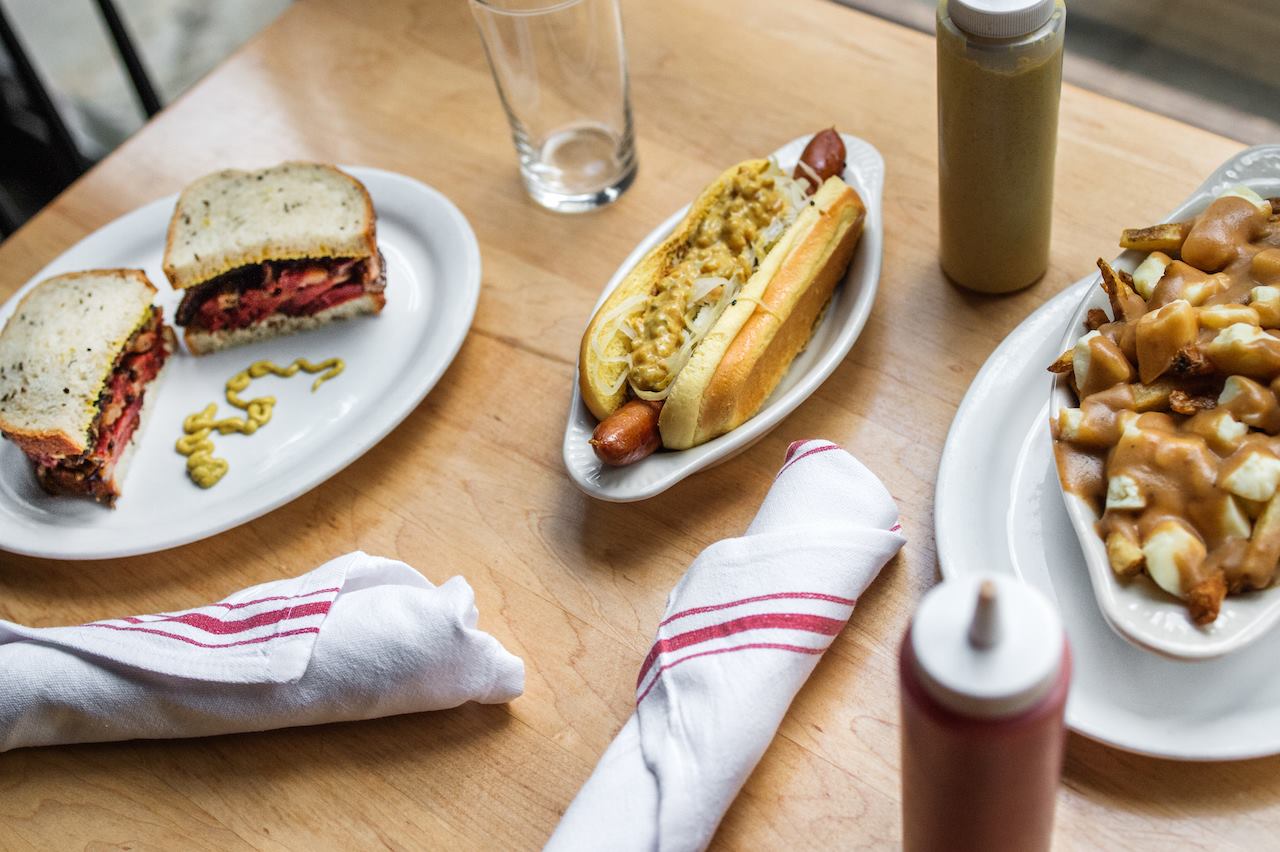 This delicatessen and Canadian-style restaurant in New York City pays homage to staples on Montreal menus.

Expect to find classic Jewish comfort foods such as chopped liver, matzo ball soup, smoked meat sandwiches, hot dogs, as well as craveworthy original creations like the foie gras cinnamon bun sandwich which we wish would make its way north of the border.