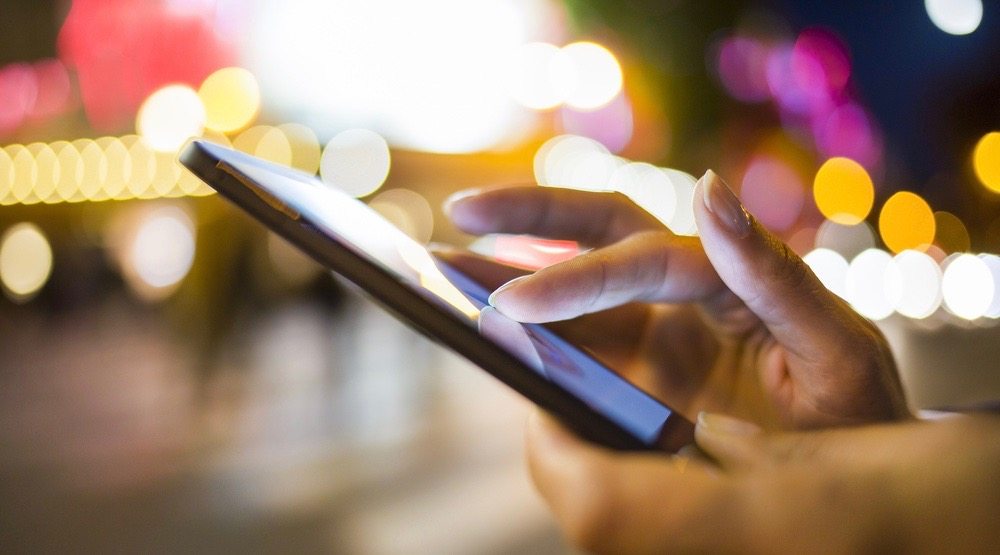 Find a Wi-Fi connection before proceeding.

According to data usage analysis by Swedish telecom consultancy Tefficient, Canadians are getting hosed when it comes to smartphone surfing.

The annual study compares the the monthly cost of wireless service (bottom axis on the graph below) to mobile data usage. This method determines how much telecom companies are cashing in on each gigabyte mobile customers use.

Canadian telcos are making around $63 per gigabyte, which places Canada at the very bottom of the affordability spectrum.

A chart of the findings below (via Imgur): 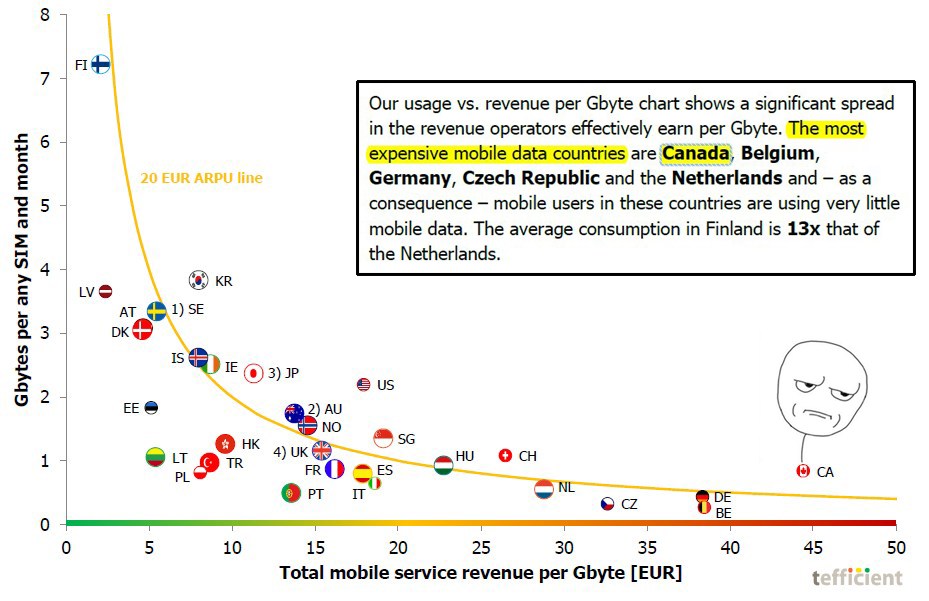 The disparity between best (Finland), worst (Canada), and reasonable (United States) is immense. Finns are charged under $5 for an average use of 9.9 GB per month, while Americans, whose data rates hover around the middle of the pack, pay about $25 to surf 2.5 GB a month on average.

“The data usage top list is dominated by operators that offer unlimited [data plans],” writes Tefficient in its report. Canadians, of course, are not privy to unlimited data plans.

Lithuania, Austria and Korea, which all introduced unlimited plans recently, all shot up the usage chart compared to last year’s analysis.

Users on reddit were quick to offer anecdotes about their data usage landscape.

“Where I’m at right now I’m getting 36GB (without monthly expiration) for €20,” writes one, while a Canadian telecom customer throws in a “this thread makes me want to cry” further down. “The concept of only having a certain amount of data on your phone baffles me,” writes an entitled Finn.

No wonder almost two-thirds of Canadians say they have terrible wireless plans.