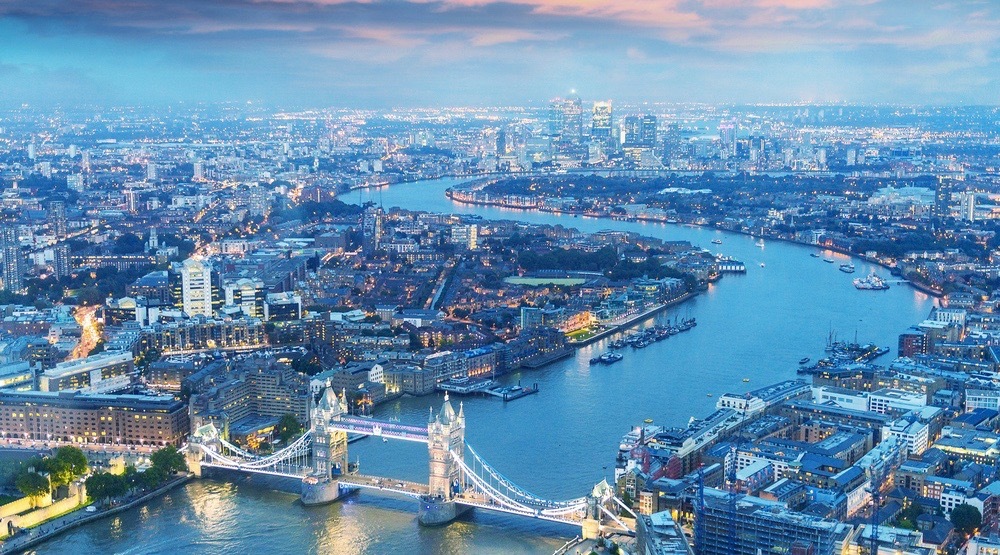 It’s been a busy travel year for Canadians.

Cities across the country saw different travel trends, and popular travel website Kayak has used its database to provide a snapshot of Canada’s 2016 travel scene.

From Sin City to Drizzy, check out the top travel trends in Canada this year.

The Will and Kate effect

Perhaps due to the Royal Family’s Canadian visit, London took first spot this year as Canada’s top international travel destination, with a 26 per cent growth in searches in comparison to 2015.

Canadians are taking more vacation days than our friends south of the border, and even across the pond. Canada averaged 12 days in 2016, while the U.S. averaged eight days and the U.K. sat in between at a 10 day average.

We’ve had enough of Sin City

What used to be Canada’s number 1 travel destination has fallen to the fifth spot. Apparently, Canadians are not travelling to Las Vegas as much anymore (expect during the holidays?). Who knows, maybe we were all just trying to be less sinful this year. (Do you hear that, Santa?)

Happy with the upgraded corner suite at #cosmopolitan #cosmopolitanlasvegas 👍🏾. Also helps to have a #mitakon50mmf095 lens with me that sees in the dark on my #sonya7ii 📷. Shooting in the desert with airplanes and models tomorrow 😉! #vegasbaby #catchmeifyoucan #lasvegas

Except for Saskatoon, they love Vegas

Although there was a dip in travel to Las Vegas nationally, seemed like Saskatoon was still attracted to the bright lights of the Vegas strip. It took the second spot in their top 10 travel destinations in 2016, just behind Toronto.

The 6ix is number one

Drizzy is all about his home, the 6ix, but so is the rest of Canada. Toronto jumped to first position for Canadian travel.

it’s always an adventure with @iflygta

In Montreal, locals chose a slightly familiar vacation spot for their top pick – Paris, France. While their favourite Canadian destination was Vancouver.

Ottawa is split between east and west

Ottawa was the only city to include Halifax in its most searched destinations in 2016. But although it showed love to the east coast, Ottawa’s number one spot for travel in Canada went to Vancouver.

Ottawa showed some east coast love, and the east coast gives love back. Haligonians (aka the people of Halifax) were the only Canadians who included Ottawa on their top ten list of travel destinations this year.

WOW, what a stunner! “The architecture in Ottawa is amazing. The rooftops offer the best views of the city! The Chateau Laurier and the Parliament buildings are two of some of my favourite buildings in the city to photograph.” We can certainly see why! – @rolandbast He noted that, with the construction on Parliament Hill, you have to be strategic about how you take your photo to avoid the scaffolding. “There are some things you can’t fix, but you can make it look the best that you can,” Bastarache said. “So, just do your best.” Thanks for the fantastic share!😍 #MyOttawa #MonOttawa #DiscoverON #ExploreCanada

Both Los Angeles and San Fransisco were destinations of choice for Calgary travellers in 2016, while their favourite Canadian travel spots included Toronto and Vancouver.

With four Canadian cities topping their travel destinations, Winnipeg loves its local spots. The number one travel destination for Winnipeg is Toronto, followed by Vancouver, Calgary at number five, and Montreal in its number 10 spot.

When it’s the Friday of a long weekend and you’re walking into work as most are walking out. #wishiwasonthewater #commuteviews #maylongfriday #vancouverviews

While Toronto was one of the top destinations for Vancouverites, the remaining nine cities were international destinations. They included Seoul, Tokyo, and Honolulu.