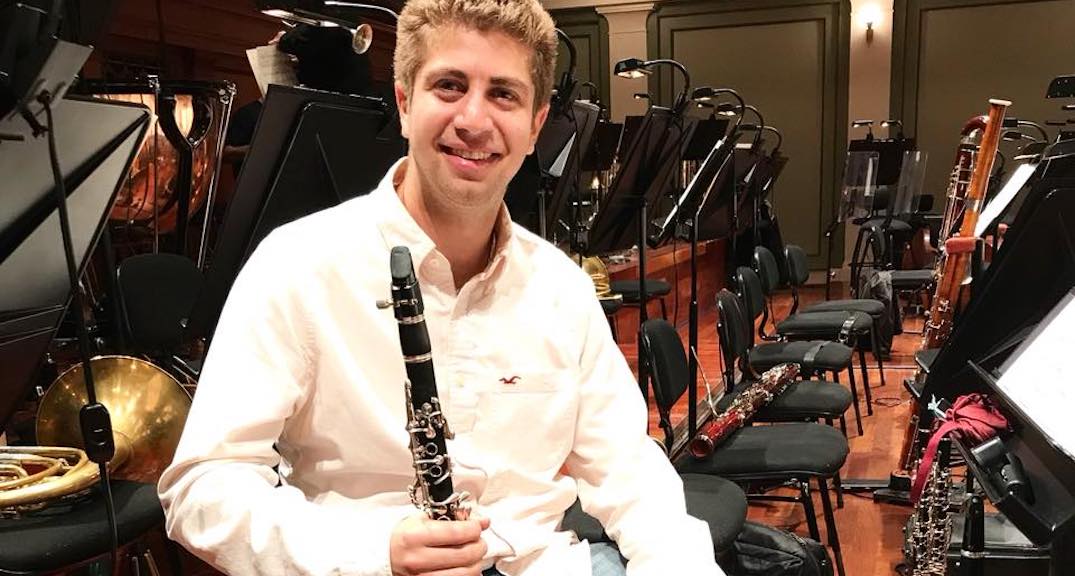 A Canadian student has won a lawsuit against his ex-girlfriend who sent him a fake rejection letter from his ideal university so that he wouldn’t move away.

According to court documents, Eric Abramovitz, a McGill University student at the time, was stripped of his opportunity to advance his career as a professional musician.

Abramovitz is described as a gifted musician and an accomplished clarinetist.

He has studied the clarinet since he was seven years old with some of Canada’s greatest clarinet teachers, and is a six-time first prize winner of the Canadian Music Competition and has won other prestigious awards including first prize in the “winds” category of the Montreal Symphony Orchestra Standard Life Competition.

In December 2013, while at McGill, Abramovitz applied to study at the Colburn Conservatory of Music in Los Angeles, California.

“He hoped to complete the last two years of his Bachelors degree at Colburn, which attracts some of the best young musicians in the world. Every Colburn student receives a full scholarship, including tuition, room and board, and a living stipend to cover meals and other expenses,” states the case’s court documents.

At the time, Abramovitz was dating the defendant, Jennifer Lee. The court said that they met in September 2013 while they were both students at McGill University’s Schulich School of Music.

While Colburn emailed Abramowitz by email on March 27, 2014, accepting him into the school and offering him a place to study with a full scholarship, Abramowitz never received the acceptance letter.

Abramowitz never received the acceptance letter because when it arrived Lee accessed Abramovitz’s email and intercepted it.

Lee then responded to it, in Abramovitz’s name, declining the offer because he would “be elsewhere.”

She then deleted the email, and composed a fake email saying Abramovitz was rejected at Colbrun, but that he was offered a position studying at the University of Southern California (USC), with a scholarship of US $5,000 per year.

With annual tuition at USC being about US $51,000, Abramovitz would be required to pay the difference (not to mention his other living expenses) himself, something he could not afford to do at the time.

“She apparently did this because she feared that Mr Abramovitz would move to California, away from her, perhaps ending their relationship. These reasons explain why I grant default judgment and substantial damages against Ms Lee for her despicable interference in Mr Abramovitz’s career.”

Abramovitz claimed damages arising from Lee’s conduct on the basis of the torts of deceit, intrusion upon seclusion, invasion of privacy, and intentional or negligent infliction of mental suffering.

Abramovitz sued his ex-girlfriend for $300,000 in Canadian funds, and the judge ruled in his favour earlier this week, adding an additional $50,000 for damages and “incompensable personal loss” suffered by Abramovitz.