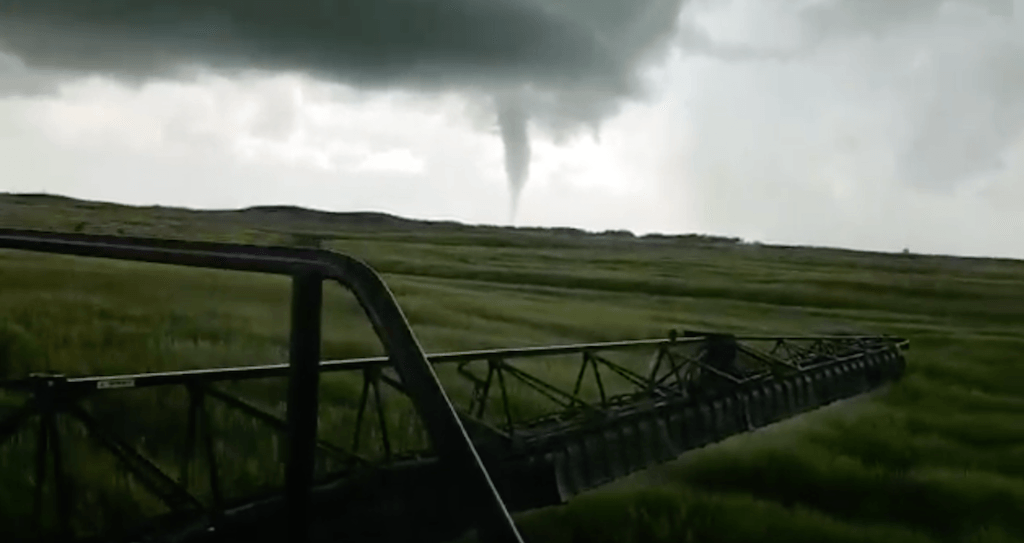 It was a weekend of wild weather in Saskatchewan, as six tornados reportedly touched down in the Canadian province.

The stormy weekend did not seem to damper one Canadian however, who was working on a farm on July 21 in a town just north of Lanigan, SK, approximately 125 km southeast of Saskatoon.

“You can see it’s not raining right here, it’s getting a little windier, it was dead calm about 30 minutes ago,” said Clinton Monchuk in a video he posted that afternoon. The video shows Monchuk calmly watering his crops as a tornado touches down. “It was pretty neat to see it form.”

Monchuk decided to wait the tornado out before returning to the other side of the field.

“Just amazing, the sheer power of nature,” he said, as he watched the debris fly in the air. Monchuk shared what he saw on social media, saying “don’t get to watch a tornado while spraying very often.”

And that is true. Sure reminds us of that guy near Calgary mowing his lawn during a tornado.

Check out Monchuk’s video below.