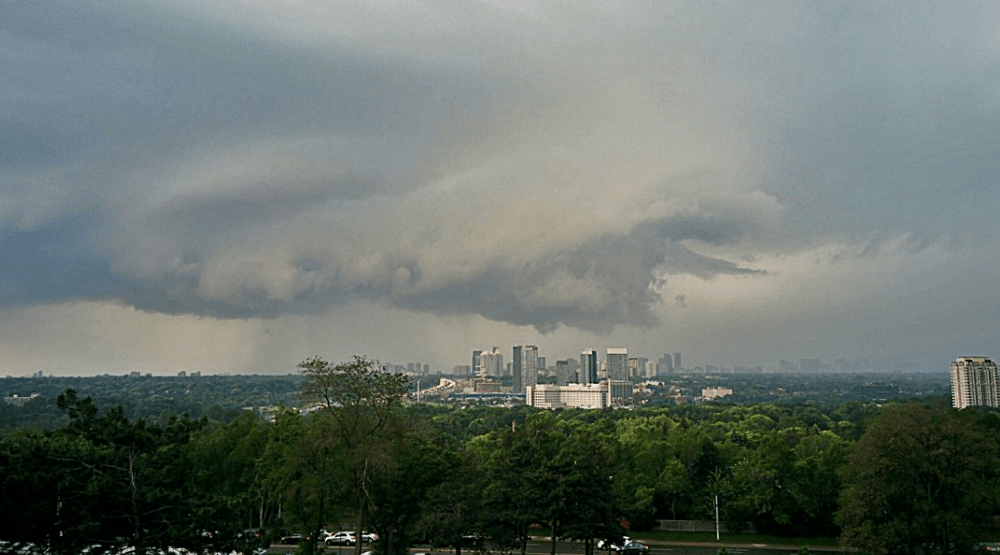 In case you somehow missed it, a tornado warning was issued for most of southern Ontario over the weekend, including Toronto.

And while no funnels actually managed to touch down, the sky still put on a dramatic display across many parts of the province. Angus, Innerkip, and Barrie all looked a little beyond foreboding at different points on Saturday afternoon.

So while a tornado warning doesn’t guarantee a tornado will show up, here are 15 images and videos that can make you understand why the warnings were issued in the first place.

The view from Webers 8:35pm. I DONT like storms but I do love burgers. #ONstorm pic.twitter.com/nPnwu9cdth

Some rotation on this storm S of #Dryden right. Anyone in the East Dryden/Wabigoon/Dinorwic areas take shelter @weathernetwork #onstorm pic.twitter.com/8eKRg4tKPr