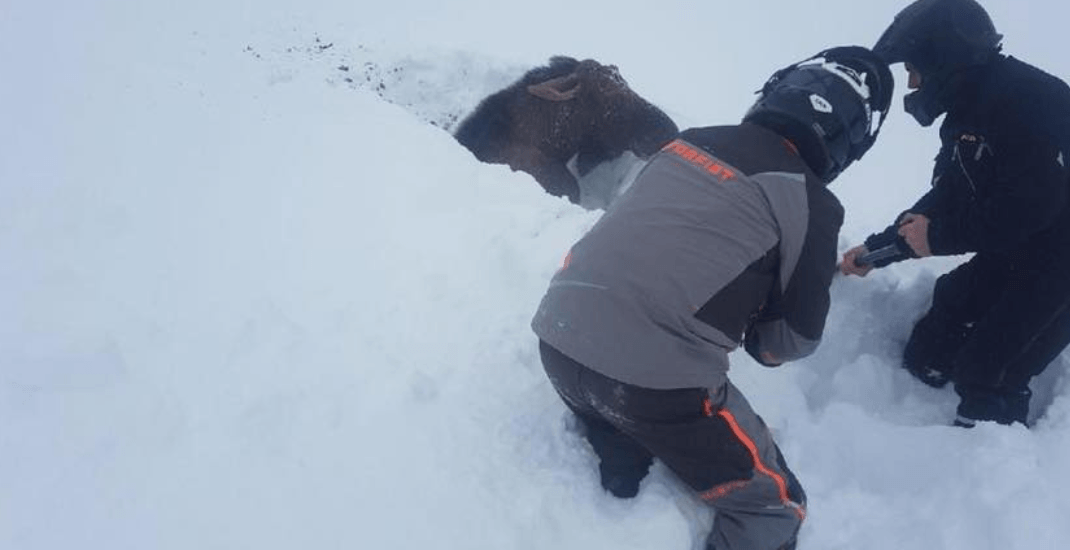 Sometimes a moose will roam freely on a highway in Ontario, while other times it’s up to you to rescue a moose stuck in the snow.

That’s exactly what happened to a group of snowmobilers in Deer Lake, Newfoundland. They were riding around on December 30, when they came across a moose with its head peeking out from a pile of snow.

Upon further inspection, the group saw the moose was stuck. Luckily they had shovels with them and were able to successfully free the big guy from the pile of snow.

One of the snowmobilers, Jonathan Anstey, posted photos of the rescue on Facebook.

“Came across this poor guy stuck in a bog hole up to his neck! A little shovelling and some coaxing, he was on his way!” wrote Anstey in his post.

This was definitely one epic rescue.