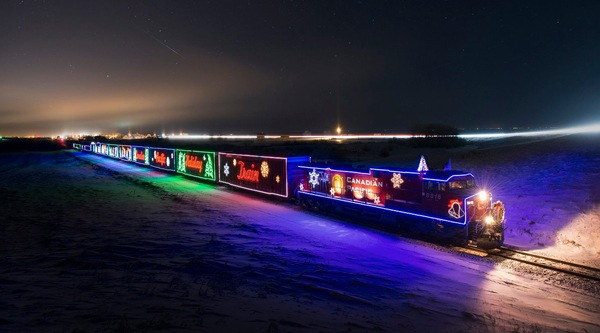 The 8th edition of the Canadian Pacific Holiday Train will travel across Canada this November and December in support of Food Banks Canada.

“We are very excited about this year’s CP Holiday Train and are encouraging all event attendees to bring healthy, nutritious food items to the shows,” said Pam Jolliffe, Interim Executive Director, Food Banks Canada. “For the last two decades, CP has played an integral role in raising essential food for the holidays and in raising awareness of hunger-related issues.”

Two trains decorated in string lights will make stops coast to coast along routes through Canada and the US. The all-Canadian route will feature live performances and will raise food and dollar donations to stay with local food banks in the community.

The train will depart Banff, Alberta and head through the Rockies to BC, eventually reaching its last two stops in Port Moody and Port Coquitlam in December.