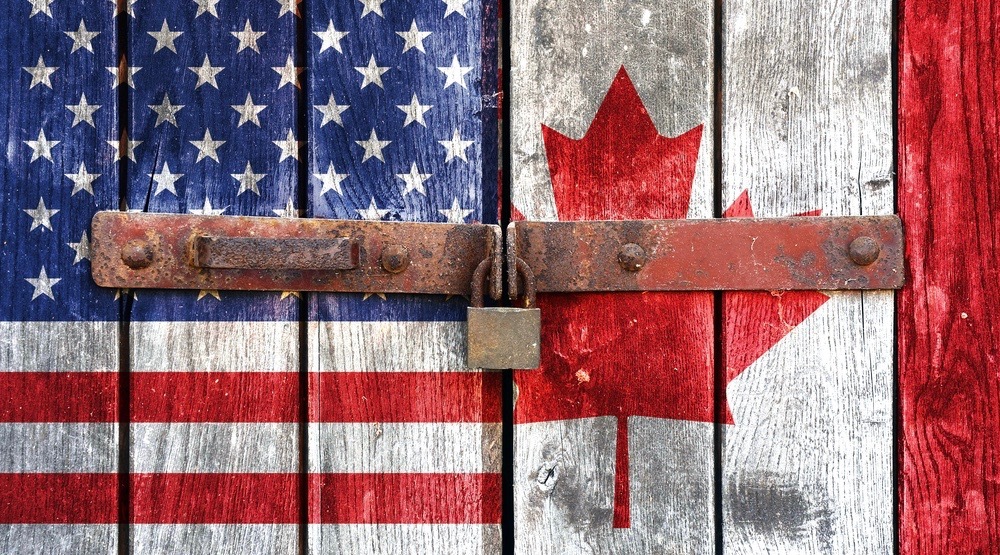 Canadian opinion of the US has reached a record low according to a recent poll from the Environics Institute.

For context, in 2012, just after Obama won his second term in office, 68% of Canadians had a favourable view of the US.

The poll cuts straight to the point for the reason why: “The election of Donald Trump has had a negative impact on Canadians’ overall opinion of the USA.” 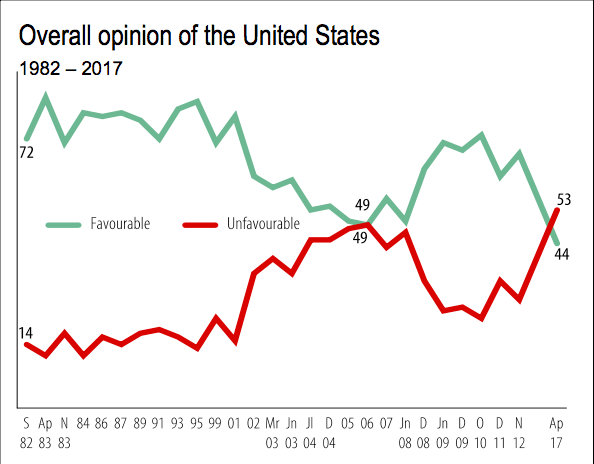 Travel to US down

According to the poll, nearly one in five Canadians (18%) has changed plans for US travel this year because of the current political climate. Another 8% are considering doing so. 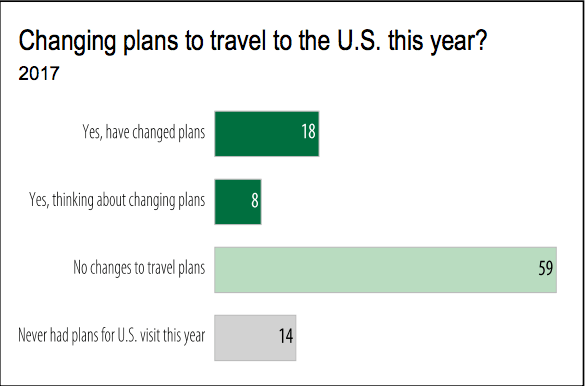 Despite what’s happening in the US, opinions on immigration in Canada remain positive overall. According to the report, “More than six in ten (62%) now disagree with this negative statement about the level of immigration in Canada, up four percentage points from six months ago, and now at the highest level since March-April 2008.” 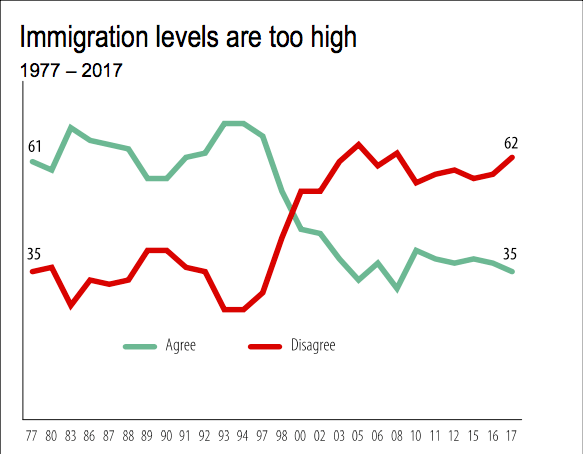 This stance seems directly correlated to Canadians’ belief that immigration has a positive impact on the economy: 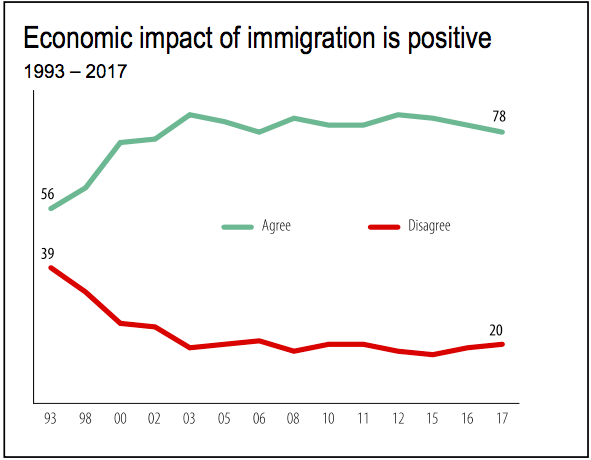 A lot of the current negative opinion Canada has for the US can be linked to its view of whether or not the two countries are more alike or more different than before. And, in the past 15 years, it’s obvious that Canadians feel the two countries are no longer moving in the same direction.

While in 2002 many Canadians thought their country was becoming more like the US, that is no longer the case. The number of Canadians who believe Canada is becoming like the US is down more than 30% in the last decade and a half. 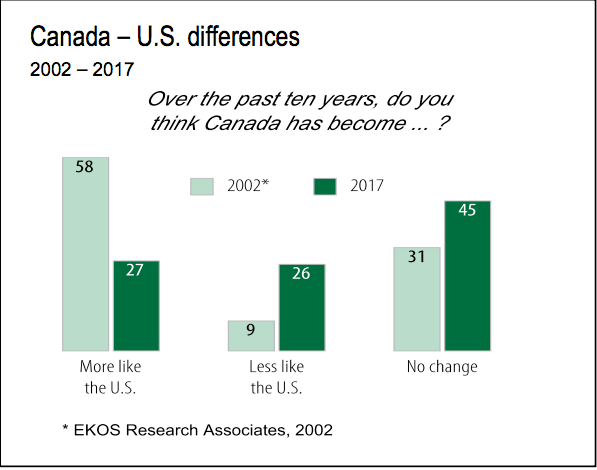 It’s clear that the Trump administration is not winning many friends in Canada so far.

This survey is based on telephone interviews conducted with 2,002 Canadians between April 3 and 15, 2017. A sample of this size drawn from the population produces results accurate to within plus or minus 2.2 percentage points in 19 out of 20 samples.