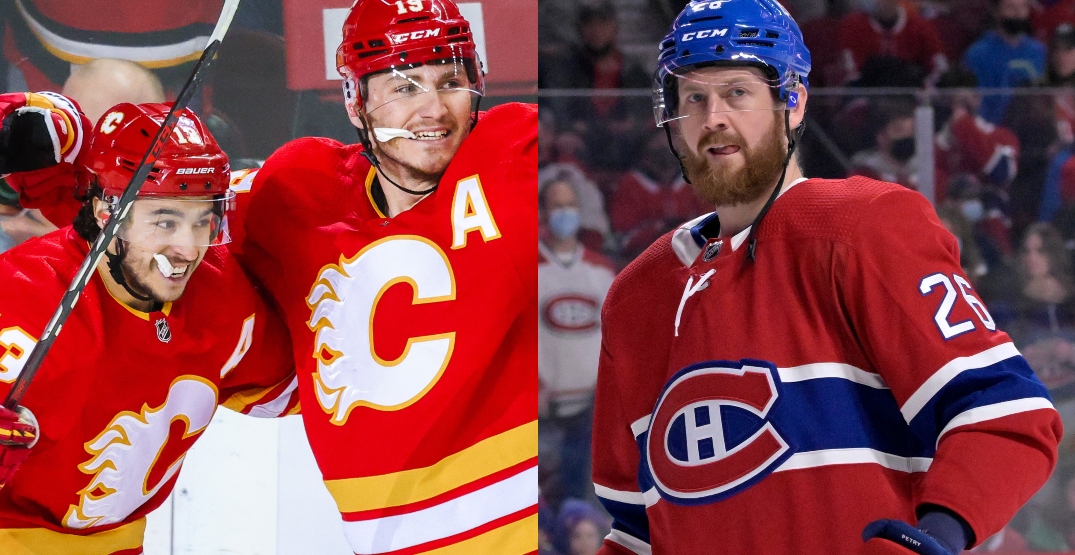 I really wanted to start this with “Woe Canada,” but every other commentary on Johnny Gaudreau’s exit from Calgary begins that way, so… Here we are… Hi.

While cliched to be sure, the sentiment fits. And I’m truthfully quite torn on how to do deal with the issue of NHL players’ Canadian exits. On one hand, we have evidence. Gaudreau, Matthew Tkachuk, and Jeff Petry most recently. On the other hand, are we leaning into this too much because of a few current examples?

And ultimately, should we care about the players who quietly think Alberta is too progressive?! If that was even part of the equation. Gaudreau’s recent statements would say different.

NHL players in Canada get taxed more here than in a lot of other NHL markets but they also pay a fraction of other costs of living when they get to convert their US dollar contracts into Canadian rent or property.

And some players get it. Auston Matthews knows he’s the king of Toronto. Matthews knows he wouldn’t have street cred like he has in 90% of the US markets. He gets it, for now. Will he get frustrated if the Leafs keep losing? Yeah, probably. But that will about the losing, not the city.

The smaller markets do face some challenges though. Living in Montreal, Toronto, and Vancouver is pretty damn good. Great cosmopolitan cities that offer a lot. The other cities are in tough.

The individual players will differ. And hopefully you find enough players that see the benefit of being kings of their respective cities. But it also puts the pressure on scouts and managers to cess out the players that they think will fit.

We often talk about “best player available.” How about “guy who likes us most”? It won’t be the chief bit of evidence, but maybe needs to be added to the equation.

Whatever clubs do to better avoid these situations, the sad thing is that it needs to happen. I feel like it used to be that almost all NHL players wanted to play for the Canadian teams that they grew up watching. But nostalgia has given way to business decisions and family considerations. Hard to begrudge it. But it’s just a little less romantic than the league we once knew.