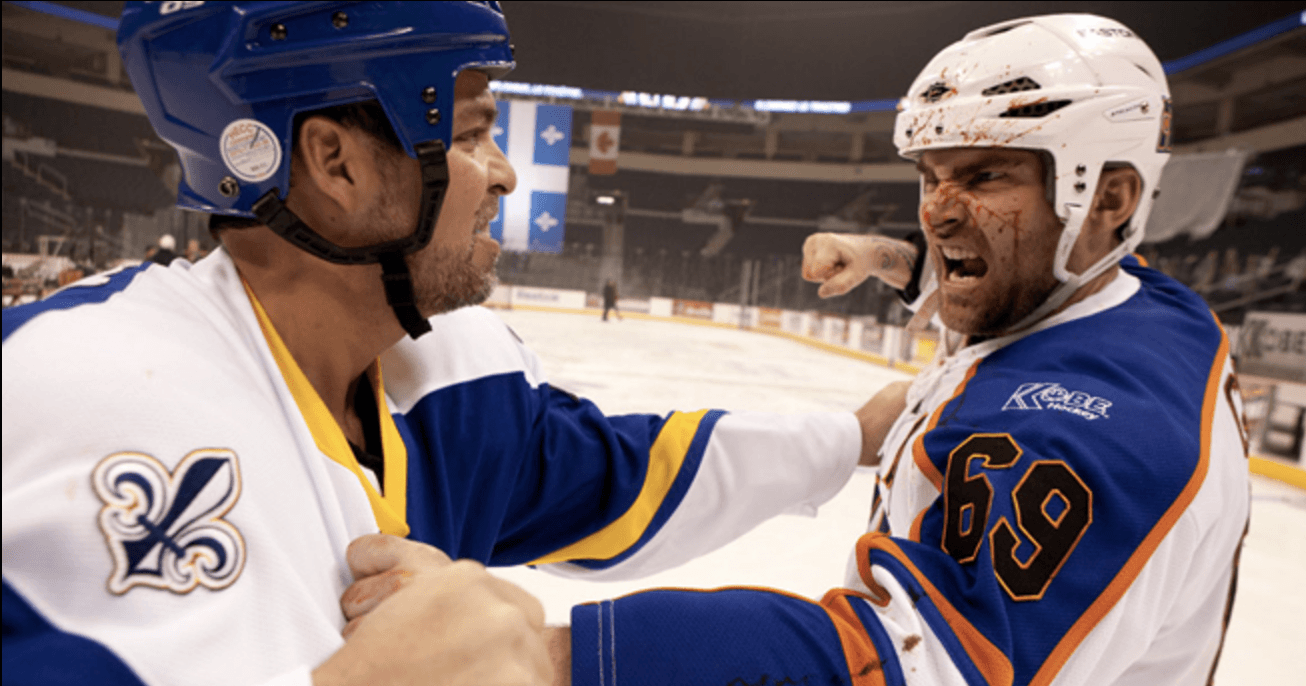 Goon: Last of the Enforcers/IMDB

Too often Canadian movies get the cold shoulder.

They may be similar to American movies in many ways, and yet international audiences bristle at the thought of watching a story set in any of our cities, be it Toronto, Vancouver, Montreal, or Calgary.

This year, however, America embraced the Canadian movies that premiered at Sundance, and schooled themselves on many of our most important recent moments, such as The Tragically Hip’s final concert in Kingston, Ontario, and the resurgence of our First Nations Peoples’ cultures.

With that said, here are eight Canadian movies worth the hype.

11 million Canadians watched the final Tragically Hip concert, but for those who didn’t, a second chance comes in the form of a tour documentary. A crew followed the band on their Man Machine Poem tour, amassing hundreds of hours of footage.

Considering the mark the band made on Canada, and lead singer Gord Downie’s on-stage antics, one can only imagine what he’s like behind the scenes.

No specific dates yet, but the doc is slated to debut in late 2017.

Dim The Fluorescents is a feature film by Toronto filmmaker Daniel Warth, through which he explores actors, their vulnerability, and their volatile journeys towards fame and success.

The film premieres later this year.

#DimTheFluorescents is an independent, Canadian film about two artists throwing all their efforts into the only paid work they can find: role playing demonstrations for corporate training seminars. It’s funny. It’s touching. It’s more than a little ambitious. #IndependentFilm #torontofilm

Algonquin filmmaker-activist-curator Michelle Latimer put together a documentary series about Indigenous resistance that airs on Viceland currently. Multiple episodes across multiple months depict a resistance against forced assimilation, and how society, economy, and politics threaten freedoms.

Toronto-based filmmaker Mark Palansky debuts Rememory, a drama film starring Peter Dinklage, and Anton Yelchin in one of the last performances before his untimely death last year. The film made a splash at Sundance. Let’s hope it makes a splash at the box office when it premieres later this year.

Four female directors helm this horror anthology made up of four shorts. One of the four is Toronto filmmaker Jovanka Vuckovic’s lovechild. The anthology also made an impression at Sundance, stemming from the fact that it is created by four women and features brilliant cinematography. American musician St. Vincent directs one of the four as well.

XX debuted on February 17 in limited theatrical release and video on demand.

Goon: Last of the Enforcers

The first Goon became a sleeper hit in Canada, and so a sequel is the right answer. Goon: Last of the Enforcers gives Jay Baruchel, one of the film’s two stars, a chance to write and direct this time around. His talent for discomfort and Canadian mannerisms make him a great choice to helm a sports comedy.

Beatriz at Dinner, an American-Canadian film, garnered lots of great attention at Sundance. It boasts an all-star cast made up of Salma Hayek, Chloë Sevigny, Connie Britton, Jay Duplass, John Lithgow, and Amy Landecker. It depicts an employee’s impromptu dinner with her boss and his wife, and the fallout that comes from it.

It arrives later this year.

Lastly, The Breadwinner is an animated film based on the best-selling novel of the same name. In it, an Afghani daughter must dress as a boy to be able to work and support the family her kidnapped father leaves behind.

Look for it later this year.