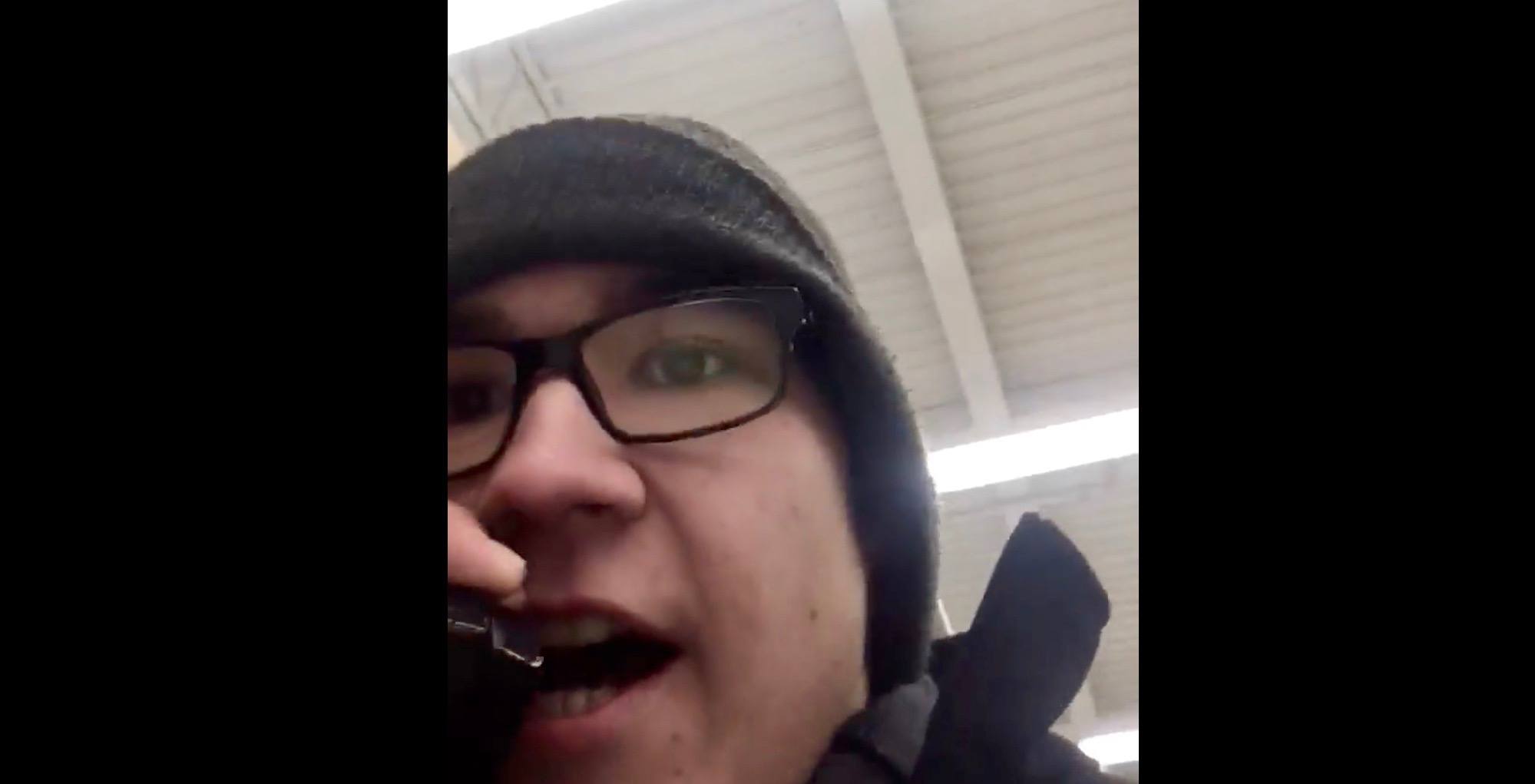 Shoppers at the Walmart in Grande Prairie, Alberta were in for a little shock last Thursday, when employee Jackson Racicot decided he would end his tenure there in literal mic drop fashion.

Using the store’s intercom system, Racicot addressed all shoppers, associates and management in an epic rant that included directly calling out his boss for referring to him as a “waste of time.”

Racicot claims to have been a loyal employee at the Walmart for over a year and a half and said he is “sick of all the bullshit, bogus write-ups, and my job.”

The video ends with Racicot saying, “Fuck management. Fuck this job. And Fuck Walmart,” before he slams down the phone.

The post on Racicot’s Facebook page claims that he then ran out of a fire door, presumably setting off an alarm.

So far the video has been viewed more than thirty thousand times.

Talk about a way to go.