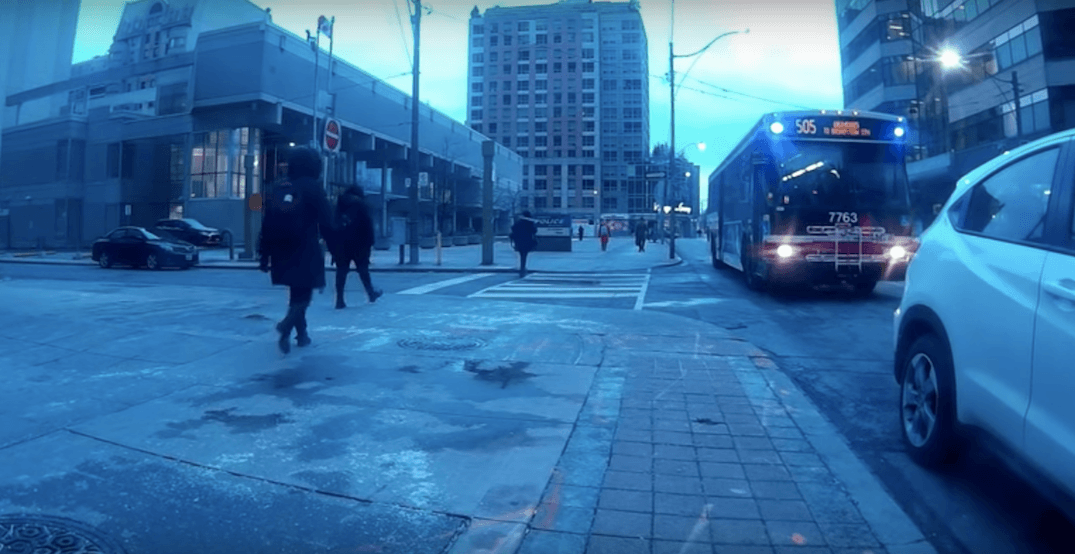 Ever wonder how a traffic jam starts on a Toronto street?

How about a major downtown intersection?

A recently shared video captures the exact moments (and causes) leading up to a little chaos on Dundas Street West. In a YouTube video appropriately titled “Anatomy of a Traffic Jam,” a vehicle is shown stopping on Dundas, just before University Avenue, in front of a Tim Hortons.

It’s 7:45 am, and the driver gets out of the car and heads to the Tim Hortons, according to the videographer.

Meanwhile, the 505 bus tries to get by, and so do several other vehicles who get caught in a jam behind the stopped car – with no driver at this point.

A few minutes later, the driver is seen casually walking back to the car with a cup of Tims in hand. Mission accomplished.

The best part is, this all goes down right near a Toronto Police Station.

Sometimes, you just got to have that coffee. Even if it means making hundreds of people’s mornings worse…