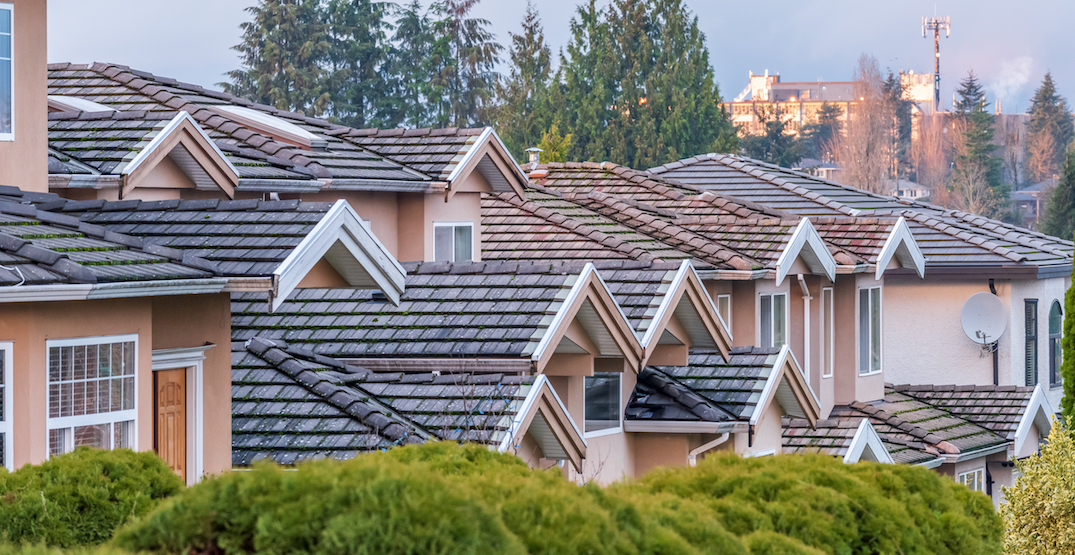 Canadian housing affordability is quickly dropping at a rate that hasn’t been seen in more than 30 years, according to a new report from the Royal Bank of Canada.

Markets all across the country, and in every housing category, dropped in affordability during the second quarter of the year. This, coupled with three previous quarters of decreased affordability, has entirely rolled back any affordability improvements that happened at the beginning of the pandemic, the report says. 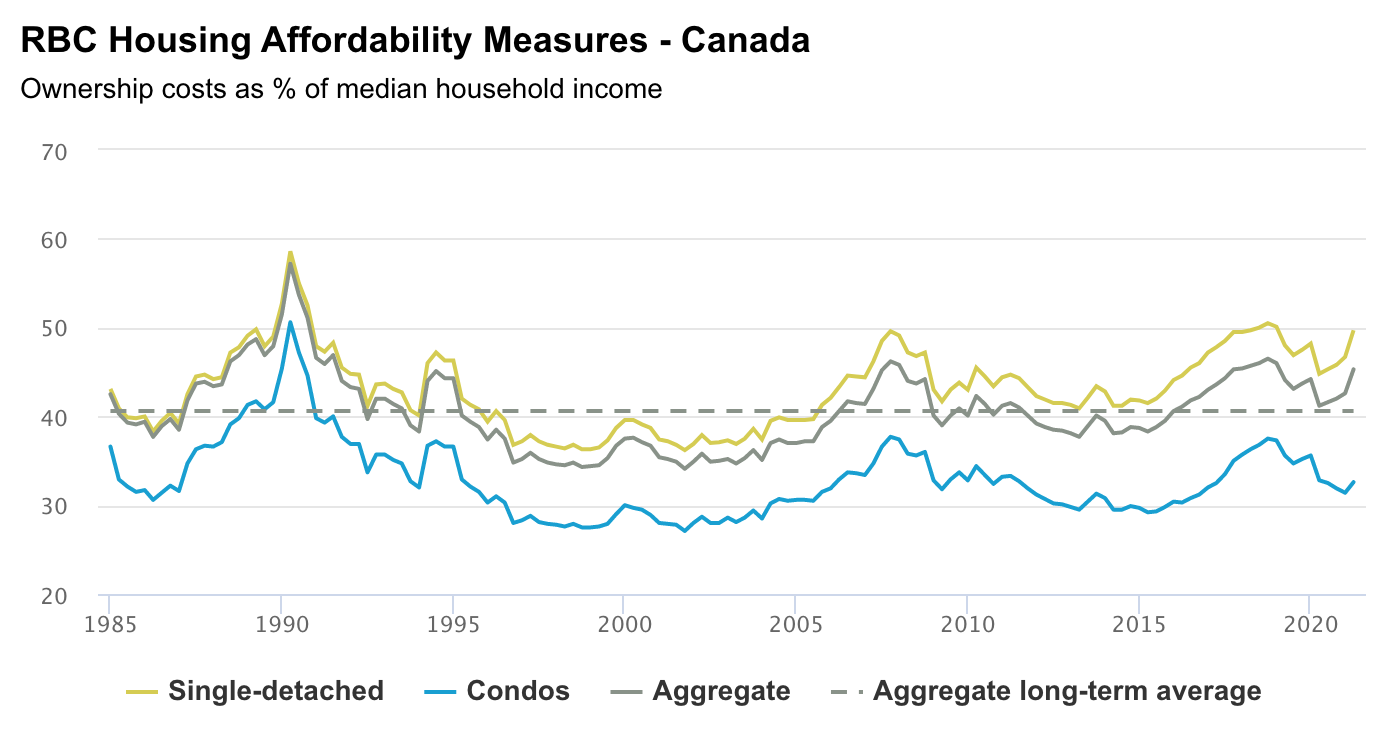 These changes have affected how much of their income Canadians are having to put towards housing costs. In just this past quarter alone, the amount shot up 3%, bringing the national average up to 49.7% — noticeably higher the long-term average of 43.1%.

“Overall, affordability is most strained in Vancouver (ownership costs represent 63.5% of household income), Toronto (59.1%) and Victoria (48.0%),” the report reads. “Ottawa (38.5%) and Montreal (38.4%) are two other markets where RBC’s aggregate measures look historically high.”

Although they too experienced price increases, many parts of the Prairies and Atlantic Canada are much more within Canadians’ reach, with cities like Calgary, Edmonton, Regina, Saskatoon, Winnipeg, Saint John, Halifax and St. John’s measuring below their long-term affordability average.

However, home prices across the country are expected to continue rising in the coming months as inventory levels remain tight. Thankfully, some relative relief is expected in 2022 as appreciation is expected to slow and prices are projected to flatten.