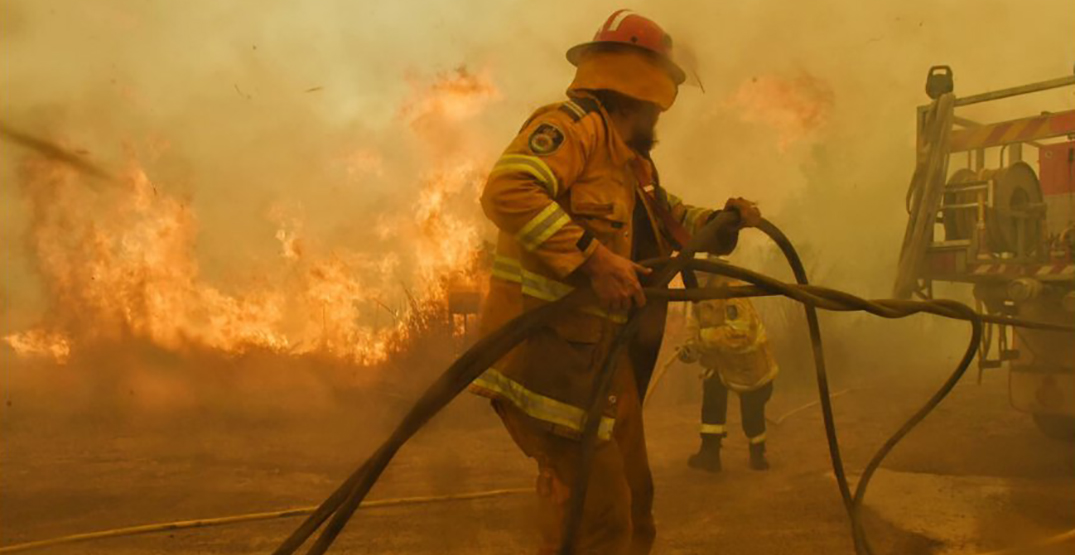 As residents of the Australian state of New South Wales continue to feel the devastating impacts of forest fires throughout their home, 51 Canadian wildfire specialists are lending a hand to quell the blaze.

The fires in NSW were called the “most devastating bush fire season in living memory,” by the region’s Premier Gladys Berejiklian, in a statement. Last week she officially declared a State of Emergency.

So far the fires have cost six lives and almost 800 homes have been destroyed.

On Saturday, the New South Wales Royal Fire Service tweeted out a photo welcoming nine American and 30 more Canadian personnel to the area to assist with the fire fighting effort.

Yesterday an additional 30 Canadian and 9 American personnel touched down in Sydney to assist us with the firefighting effort.

We thank them for their assistance and wish them well for their first day in the field today. #nswrfs #nswfires pic.twitter.com/xuTAu6kZVi

This is in addition to the 21 already on the ground since early December. The Canadian Interagency Forest Fire Centre Centre confirmed the total to Daily Hive over Twitter.

21 Canadian fire management personnel received a warm welcome by @NSWRFS , @AFACnews and @canadadownunder at the Sydney airport on Thursday. These personnel from Parks, ON, MB, SK, AB & BC, are expected to return to Canada in early January. #NSWfires pic.twitter.com/lWQGFWJZyJ

The Minister for Police and Emergency Services, David Elliot, has praised the efforts of the diligent and dedicated firefighters who have been continuing to combat extreme conditions to protect the affected communities.

“The entire state has a huge level of gratitude for the thousands of firefighters on the frontline who have risked their own safety to protect life and property,” Elliot said.

With files from Emily Rumball.