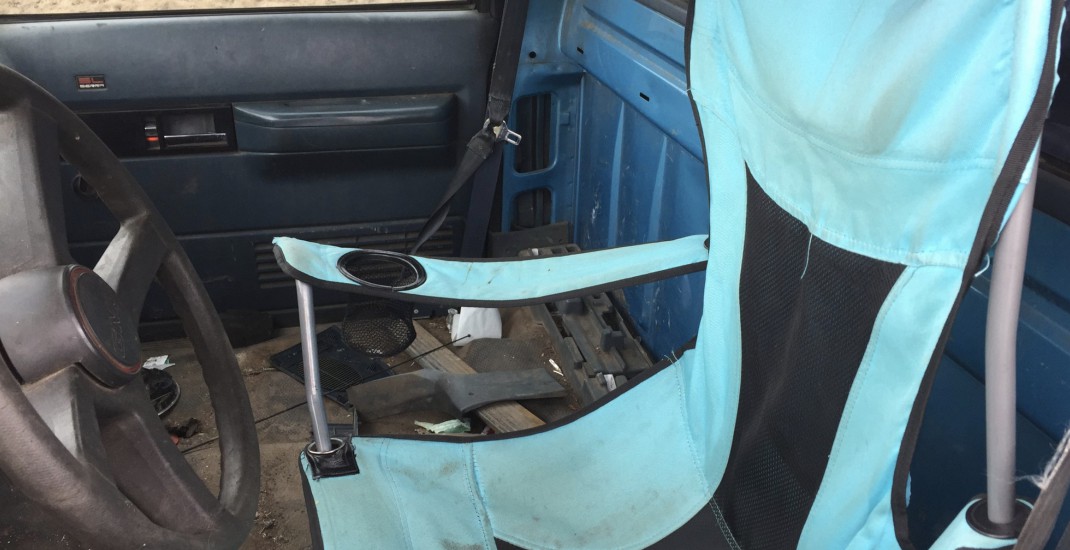 An Ontario driver decided to get creative with his lawn chair, for all the wrong reasons.

A police officer in Thunder Bay, Ontario, stopped a pickup truck on Tuesday after noticing it had unauthorized plates. When the officer approached the vehicle, he noticed something strange — the driver was sitting on a fold-up lawn chair instead of a proper driver’s seat. 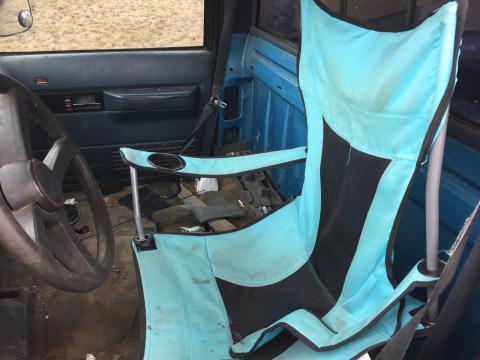 But that was not the only problem with the vehicle. According to Thunder Bay Police Service, the truck had a number of other issues including a broken windshield obstructing the driver’s view, a defective door handle that trapped the driver inside the truck, and no seatbelts.

Police say the driver was charged with numerous offences related to the problems with the truck. He was also charged with being a suspended driver, and being the owner of a motor vehicle and operating it on a highway with no insurance.

The vehicle was impounded.

No word on if the driver got to keep his lawn chair.