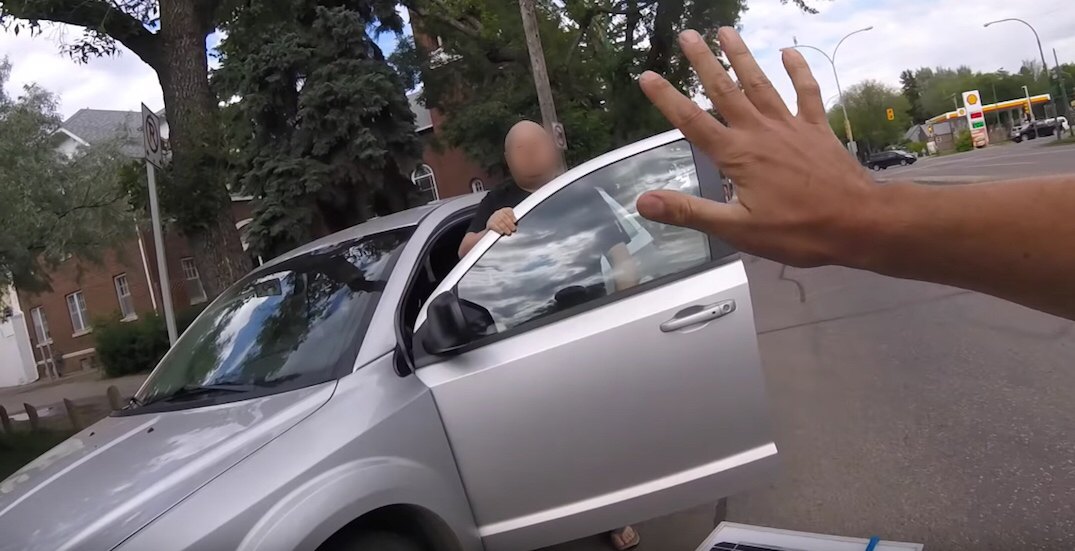 A Saskatoon cyclist recently shared an intense road rage video that shows an angry driver honking and shouting at him while riding.

The video, posted earlier this week, and has been seen almost 10,000 times. It shows the cyclist on Broadway Avenue when a car honks and passes him.

The cyclist speeds up to catch up to the driver, who eventually pulls over.

“Move over, you f***ing idiot,” the driver shouts at the cyclists, who responds, “I’m legally biking where I should be.”

In a calm manner, the cyclist offers to give the driver a cycling guide, to help educate him on the rules of the road.

“You want to fight?” the driver is seen asking at one point.

“No, I just want to educate you,” replied the cyclist.

“Then got off the road, you f*cking idiot,” the man said before driving away. “Kill yourself, you fa**ot.”

In a tweet shared by the cyclist, he said, “no wonder people ride on sidewalks when those bike in the proper legal road position are treated with such hatred by raging ignorant bullies who make up their own rules of the road and refuse to listen to reason or engage in respectful dialogue.”