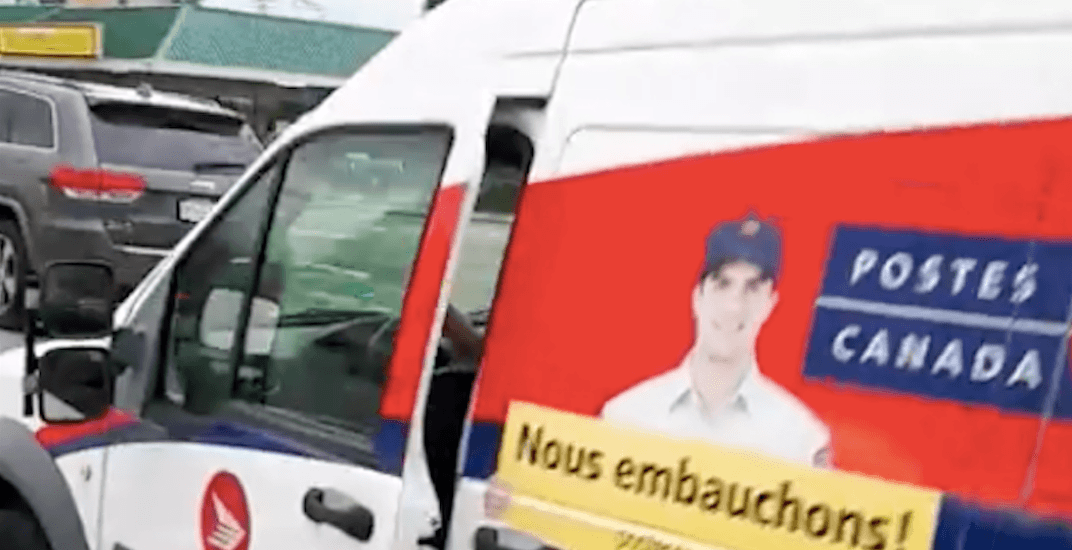 A road rage incident involving the driver of a Canada Post truck in Surrey was caught on camera and is now going viral.

The video, which was shot by Jessica Ashlee Thomson, who was the passenger in another vehicle at the time, shows the Canada Post truck being driver in an erratic manner as it weaves in and out of traffic.

Finally, as the the postal vehicle pulls up beside her at a red light, Thompson yells at the postal worker that they “are not going to have a job for long.”

In response, the postal vehicle driver opens her door and yells back that she is “going to have a job forever,” before laughing and driving away.

Thompson posted the video to her Facebook page and at the time of this writing, it had almost 400,000 views.

In response to the video, Canada Post said it continues to investigate this incident.

Legault told Daily Hive that driver’s behaviour is “obviously unacceptable and does not reflect our employees who are working hard to deliver the holidays.”

Legault added that since this is a company personnel issue, he could not comment any further, but encouraged customers who had any concerns regarding Canada Post, to contact them at 1-866-607-6301.