As we cross the halfway mark of November, PadMapper is reporting that the country’s two priciest cities “continued their descent.”

According to PadMapper’s latest report, the rent price free-fall in the nation’s two priciest markets has continued as Vancouver’s one-bedroom rent has hit its lowest mark since April 2017.

“As we head into the end of the year, it seems the general demand for rentals have continued to drop as the majority of the markets in this report saw prices on the decline,” says PadMapper. 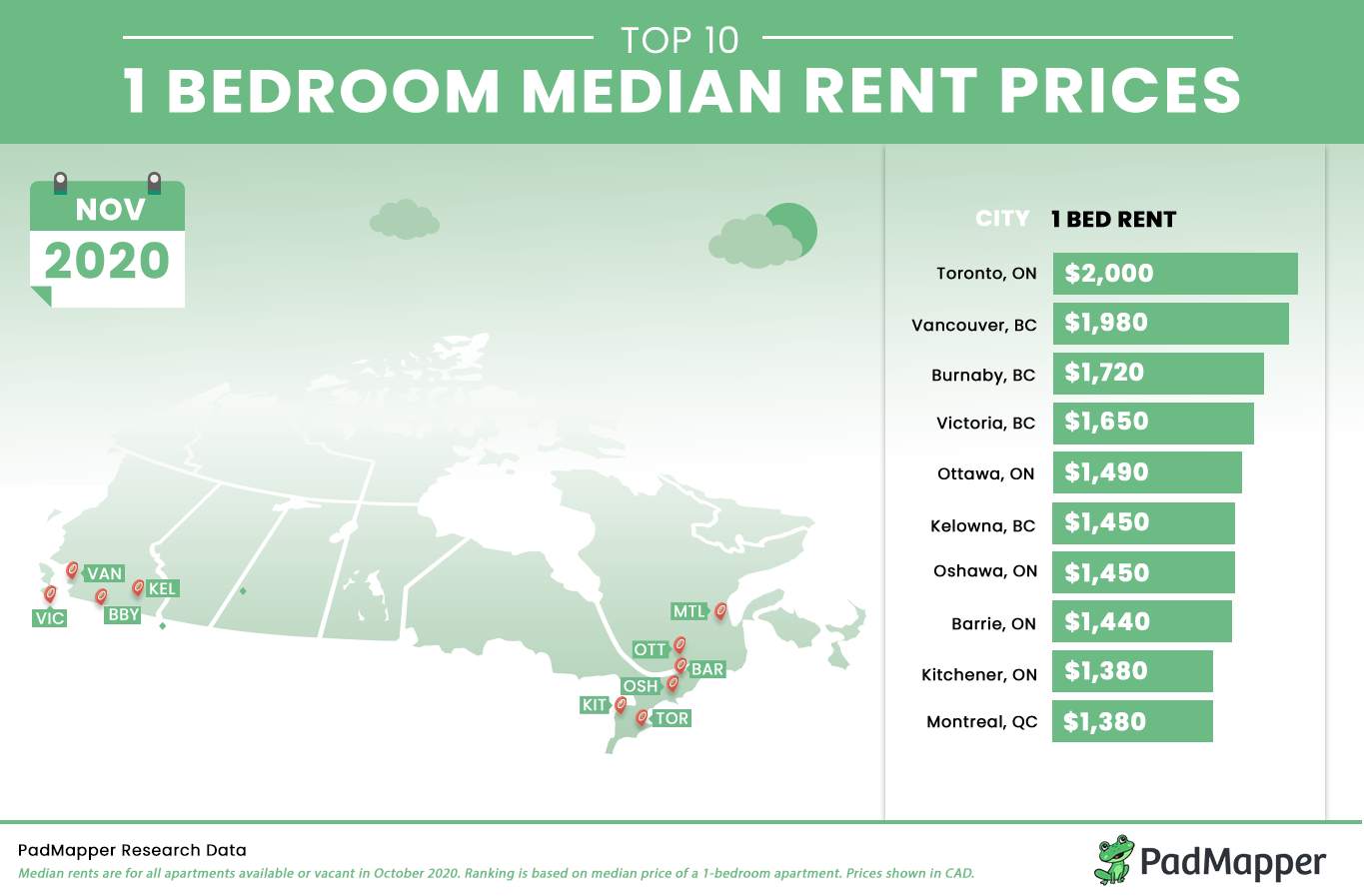 Once again, Toronto took the top spot for the most expensive rent in the country, as one-bedroom rent decreased 2.4% to settle at an even $2,000, while two-bedrooms stayed flat compared to October at $2,650. On a year-over-year basis, one-bedroom rent in Toronto is down nearly 15%.

Vancouver remained in second place with one-bedroom rent decreasing 1% to $1,980, its lowest in three years. Two-bedroom rent fell 1.5% to $2,710. Notably, two-bedroom rent in Vancouver is down 15% since this time last year.

The cheapest rent in Canada this month can be found in St. John’s, Newfoundland, where a one-bedroom rental costs a cool $810 with two-bedrooms going for an average of $920. 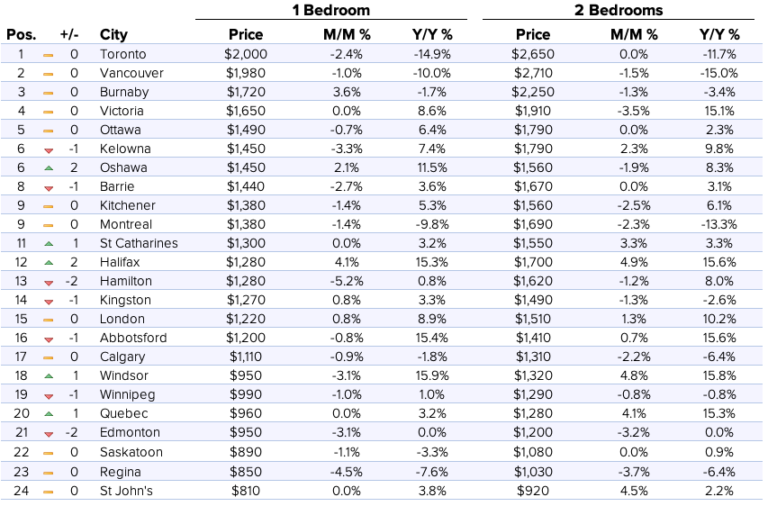