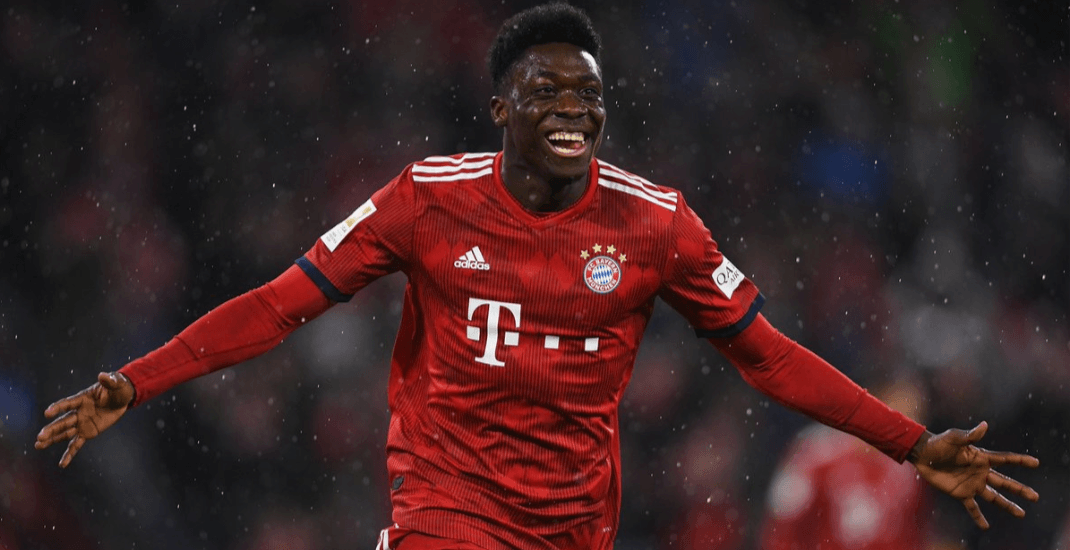 The former Vancouver Whitecaps player scored off a rebound during the 69th minute of the game. Bayern Munich won the game with a 6-0 score over Mainz. The team is now first place in the Bundesliga.

Davies also shared his big achievement on social media.”Happy to get my first goal today,” he wrote on Twitter.

Happy to get my first goal today💪🏾 #AD19 pic.twitter.com/BW0iImbbyY

The Whitecaps and Bayern Munich agreed to an MLS-record transfer for Davies for US$22 million. The deal was agreed to in July, but Davies was allowed to finish the season in Vancouver. He made his Bayern Munich debut in January 2019.

Born in a refugee camp in Ghana to Liberian parents that fled the civil war, his family moved to Edmonton when he was just five years old. He made his pro soccer debut with the Vancouver Whitecaps at age 15, played with the Canadian senior men’s national team at 16, and played in the MLS All-Star Game at 17.