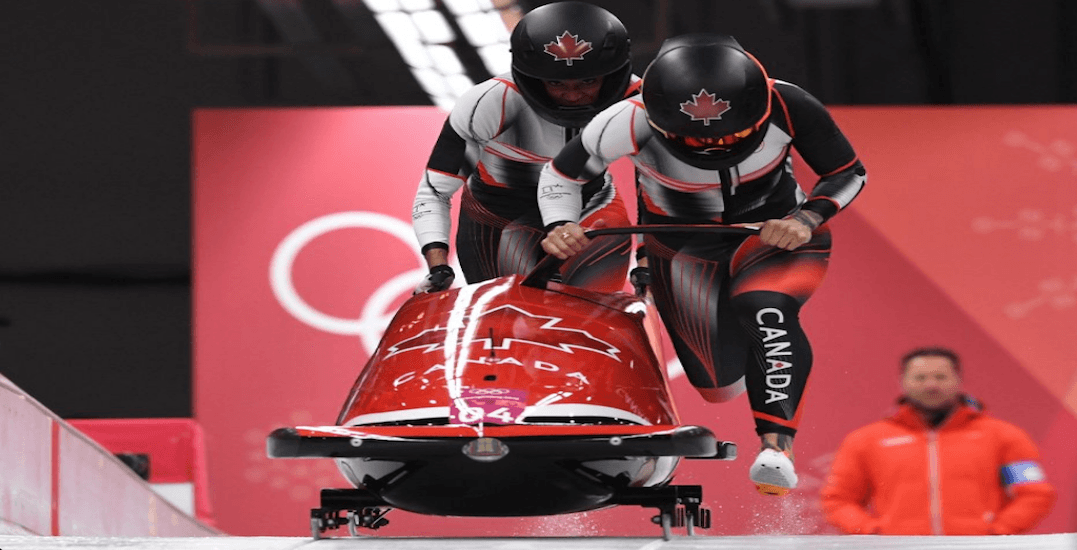 Canada has picked up another medal at the Pyeongchang Olympic Winter Games.

Kaillie Humphries of Calgary and Phylicia George of Markham won bronze in the women’s bobsleigh competition on Wednesday.

Humphries, who is a two-time defending Olympic gold medallist from Vancouver (2010) and Sochi (2014) raced to a time of three minutes 22.89 seconds with brakeman George.

🇨🇦 Kaillie Humphries guaranteed a medal in bobsleigh, sitting in 1st with two sleds left to go. See what colour Humphries ends up with

For George, this is not only her first Olympic medal but her Winter Olympic debut, as she’s previously competed at two Summer Games in the 100m hurdles, making the final at both London 2012 and Rio 2016.

Elana Meyers Taylor and Lauren Gibbs of the US placed second with 3:22.52, while Germany’s Mariama Jamanka and Lisa Buckwitz won gold in 3:22.45.