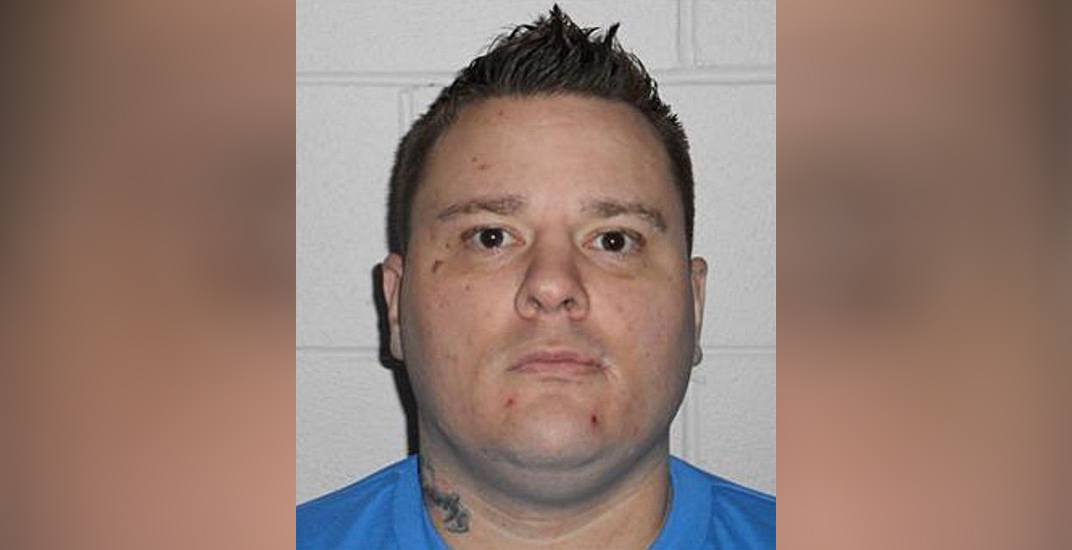 Vancouver Police are asking for the public’s help in locating a federal offender wanted on a Canada-wide warrant for failing to return to his halfway-house on New Year’s Eve.

In a release, police said 33-year-old Chad Patrick Poitras has been convicted of a number of crimes in the past involving weapons, drugs, assaults and driving offences.

He has been serving the remainder of his two-and-a-half-year sentence in a Corrections Canada community residential facility in Vancouver.

He has short, reddish-brown hair and is clean shaven. He has a number of tattoos, including a scorpion on the right side of his neck.

Have you seen 33-year-old Chad Patrick Poitras? He’s a federal offender who is #Wanted Canada-wide for failing to return to his halfway-house.

Anyone who sees Chad Patrick Poitras, or has information about his whereabouts, is asked to call 911 or leave an anonymous tip with Crime Stoppers by calling 1-800-222-8477, or sharing any related information online.