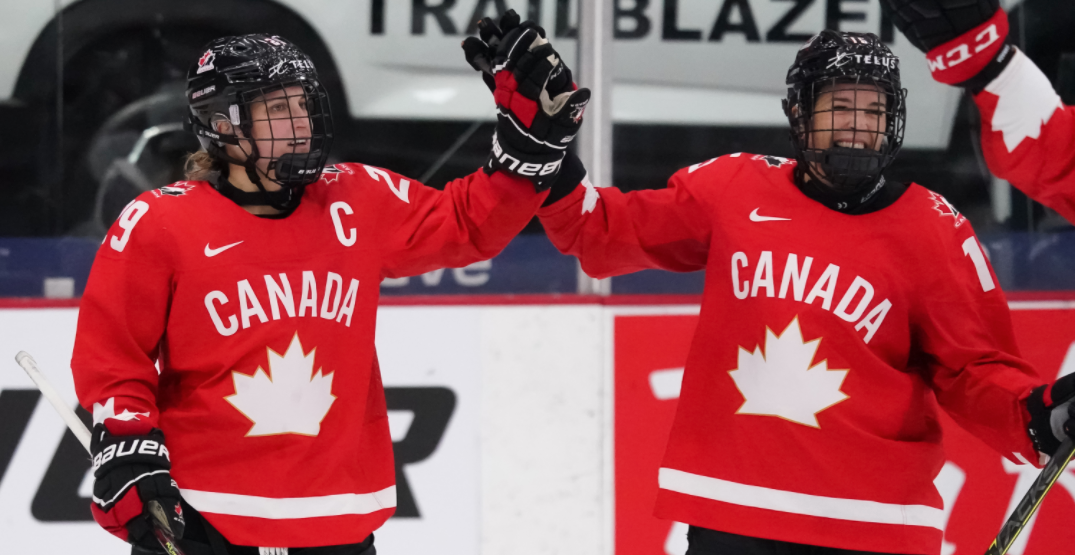 The women’s world hockey championship gold medal is up for grabs today, with two familiar foes facing off in the final.

Canada and the USA are facing off in tonight’s gold medal game, taking place at WinSport Arena at Canada Olympic Park in Calgary.

Canada enters the matchup undefeated through six games so far, with a 5-1 win over the Americans in the preliminary round giving them a mental edge in the championship contest.

Canada advanced to the final via way of knockout round wins over Germany and Switzerland, while the USA topped Japan and Finland to grant their place in the final. They have outscored their opposition 31-5 so far.

Canada occupies four of the top five spots on the tournament scoring leaderboard, with Melanie Daoust’s six goals and six assists for a total of 12 points pacing the way for all players.

But it hasn’t exactly been business as usual for the Canadians in women’s hockey world championships in recent years, as they’ve failed to win the gold medal in every event since 2012.

Canada has won four silver medals, but finished third in the 2019 event after a semifinal loss to host Finland. The USA have won five consecutive gold medals, as well as the 2018 Olympic gold. Since topping the podium at the Sochi 2014 Games, Canada has yet to win a gold medal at a major women’s hockey tournament since.

But the Americans have shown that they’re not going down easy in this tournament either.

Outside of their game against Canada, the United States have outscored their opponents 22-2 in their other five matches in the tournament.