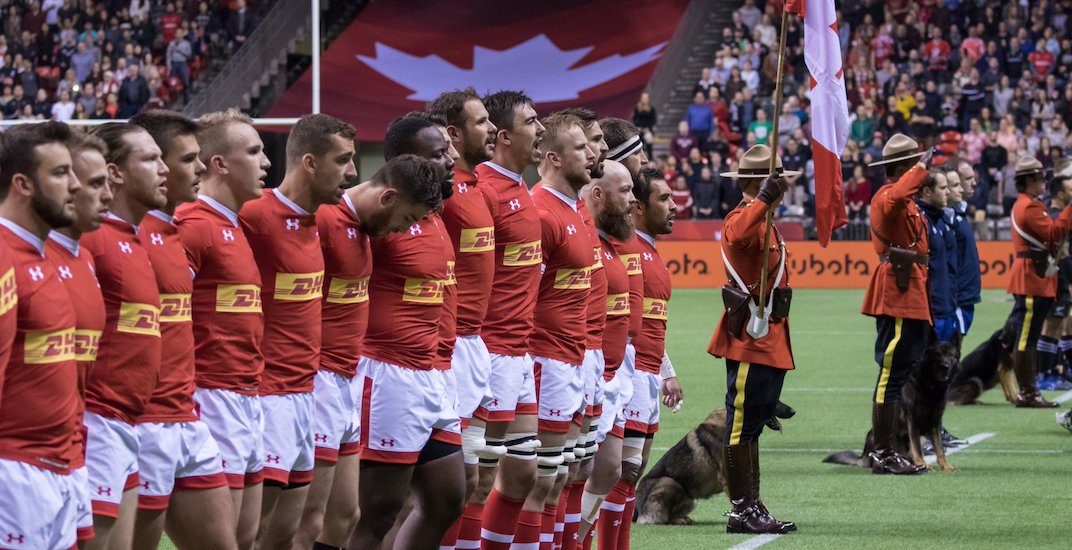 International rugby returns to Vancouver this summer, as Rugby Canada has announced a September 7 match against the United States at BC Place.

The match will serve as a final Rugby World Cup tune up for both teams.

“The Rugby World Cup is the pinnacle of our sport and it’s vitally important for us to properly send off our men’s team so that they know the entire Canadian Rugby and sporting community has their backs,” said Rugby Canada Chief Executive Officer Allen Vansen, in a media release.

Canada should get good support in Vancouver, a city that has proven its love for rugby in recent years, consistently drawing large crowds for the World Rugby Sevens Series. Vancouverites have also shown up in big numbers for the Canada 15s team, drawing over 16,000 for a World Cup qualifier against Uruguay in January 2018 and over 29,000 for a match against the Maori All-Blacks in November 2017.

BC Place will be set to a lower-bowl configuration for the September match.

Canada was the 20th and final team to qualify for the Rugby World Cup, which takes place September 20 to November 2 in Japan this year. The Canadians open the tournament against Italy on September 26. Canada has been drawn into a difficult pool that also includes New Zealand, South Africa, Italy, and Namibia.

Ranked 15th in the world, USA will be a good test for the 21st-ranked Canadians.

“This fixture is the final important step in our preparation for the 2019 Rugby World Cup,” said head coach Kingsley Jones. “Canada have a long history playing against the USA. The Americans have had some good results of late, and they will provide a stern test prior to our departure for Japan three days later.

“The Canadian rugby community has continued to support our journey to the World Cup, and we are hoping to see another big rugby crowd in BC Place.”

Readying our #RWC2019 team with a rivalry match for the ages! Canada's Men's Rugby Team will host @USARugby on September 7th at BC Place – presented by @DHLRugby!