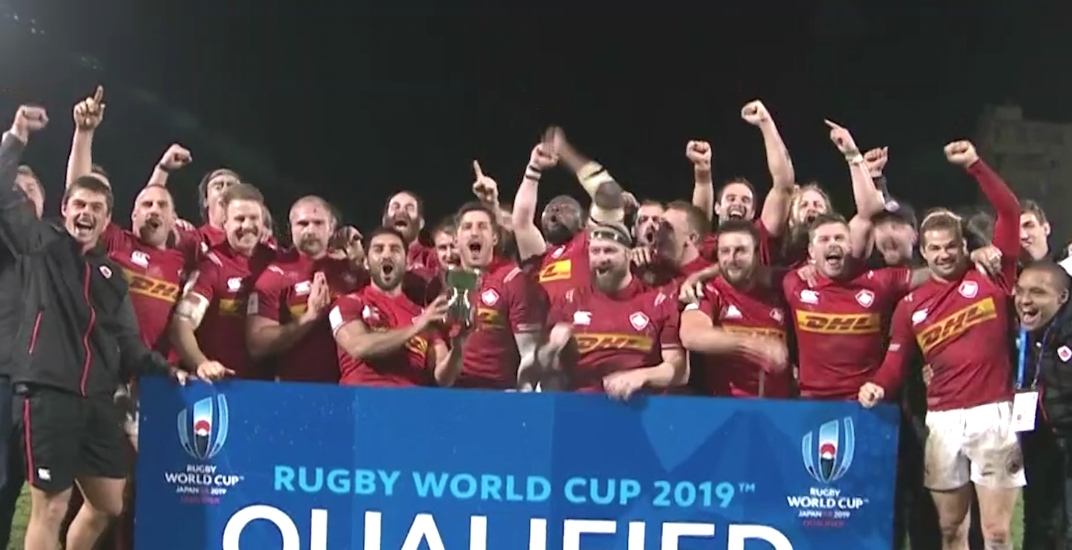 It wasn’t pretty, and it certainly wasn’t easy, but Canada has qualified for the 2019 Rugby World Cup.

A 27-10 win against Hong Kong in a rain-slogged field in Marseille, France ensured Canada’s spot in the tournament for a ninth consecutive year.

Canada had been a step away from qualifying on two other occasions, but lost to both the United States in July 2017 and Uruguay in February 2018.

But the Canadians wouldn’t be denied in a last-chance repechage tournament, winning all three of their games by outscoring Kenya, Germany, and Hong Kong by a combined score of 121-39.

Canada is the 20th and final team to qualify for the World Cup, which begins September 20 in Japan next year. They’ll compete at the World Cup in Group B, along with New Zealand, South Africa, Italy, and Namibia.