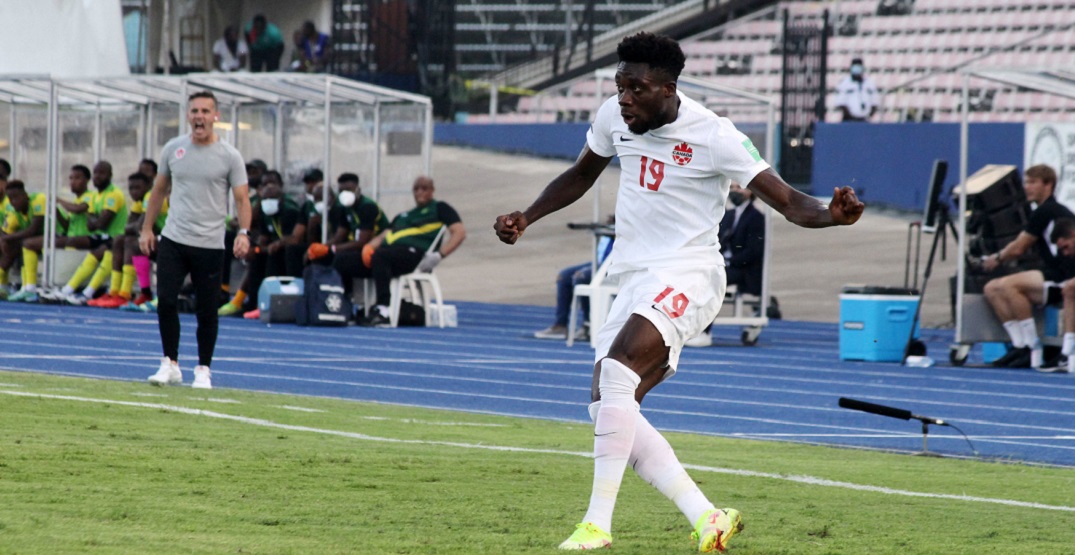 The good news: Canada has made it through their first five matches in the final round of 2022 World Cup CONCACAF Qualifying without managing a loss.

The less exciting news: they’ve won just once in five tries, a 3-0 win on September 8 over El Salvador.

Canada’s latest draw — a 0-0 score —  came in Kingston, Jamaica, in front of an empty Independence Park stadium. Canada’s also drawn 1-1 three times: at home to Honduras, and on the road against both the United States and Mexico.

Canada currently sits fourth in the eight-team table, with the top three teams automatically qualifying for the 2022 World Cup in Qatar. If Canada remains in fourth place, they’d be subject to an inter-confederation playoff to determine the final spots for the tournament, scheduled to kick off next November.

Canada has nine games remaining in the final round of qualifying: five at home, and trips to Honduras, El Salvador, Costa Rica and Panama.

Canada’s best chance to score against Jamaica came in the 60th minute to Liam Millar, who couldn’t quite convert a one-timer off the foot of Alphonso Davies.

When the ⭐ cookie cracks as you're scratching the last line 📌🤏#CanMNT | 🔴 https://t.co/hishXepRT3 pic.twitter.com/m0FcU4SSxp

“It was difficult,” Canadian head coach John Herdman said post-match. “We couldn’t find that half a yard that we needed.”

Canada actually held Jamaica with just a single shot on target on Sunday, but managed just two registered of their own.

“We were in control, but never really threatened them,” Herdman added.

“We’re aware that our fans are behind us… we’re going to feel what it’s like being in front of a packed house,” Herdman said.

Next month, they’ll be hosting Mexico and Costa Rica in Edmonton in a two match set.

“Now it’s time to, to take it to another level and plan the conditions we want to play in,” Herdman said of the team’s upcoming home games.

In other CONCACAF action on Sunday, Panama topped the USA 1-0, while Costa Rica beat El Salvador 2-1.