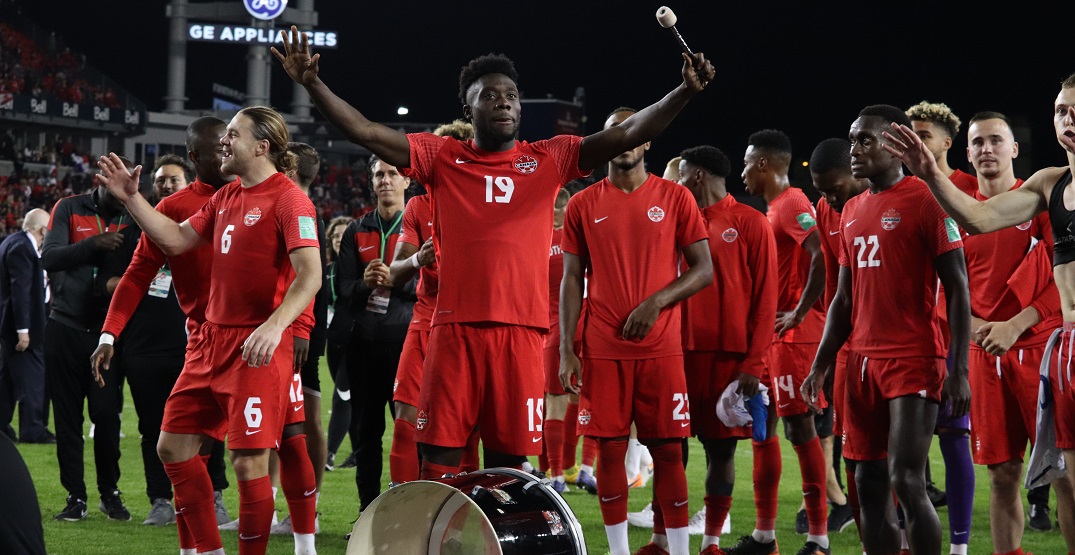 Canada has broken into the top 50 in the FIFA World Ranking for the first time since 1997.

While the official FIFA rankings haven’t been updated yet, football-ranking.com, which updates daily, has put Canada into 49th place.

A decisive 4-1 win over Panama on Wednesday evening in 2022 World Cup Qualifying has propelled Canada up in the World rankings. They’re now nestled in between Greece and Saudi Arabia.

“I have to say a massive thank you to all the nearly twenty-seven thousand; the fans were brilliant, what a great night,” said Canadian head coach John Herdman following the match.

“We got what we deserved,” he added. “We know we can score against any team. We know we can come back and what you saw tonight is everything, the heart, the spirit, the talent. It’s a proud night for our country.”

Canada is unbeaten through its first six of fourteen matches and currently sits third in the group, with the top three teams advancing to next year’s World Cup in Qatar.

Canada is currently the fourth-highest ranked country in CONCACAF, behind Mexico (10), USA (13), and Costa Rica (46), and aiming to make its second-ever World Cup after appearing in the 1986 tournament.

Lost in the shuffle last night, but with their win over Panama, the #CanMNT climbed into the top 50 in the FIFA Rankings, which has massive implications for the UK permits

Plus, if they beat Costa Rica next window, they can push into the top 3 in the region

Canada hosts Costa Rica and Mexico in November in Edmonton, a set of matches which Herdman has repeatedly said Canada chose so they can “control the conditions.”

Canada’s highest ever FIFA world ranking came in 1996, where they climbed to 40th in the world.