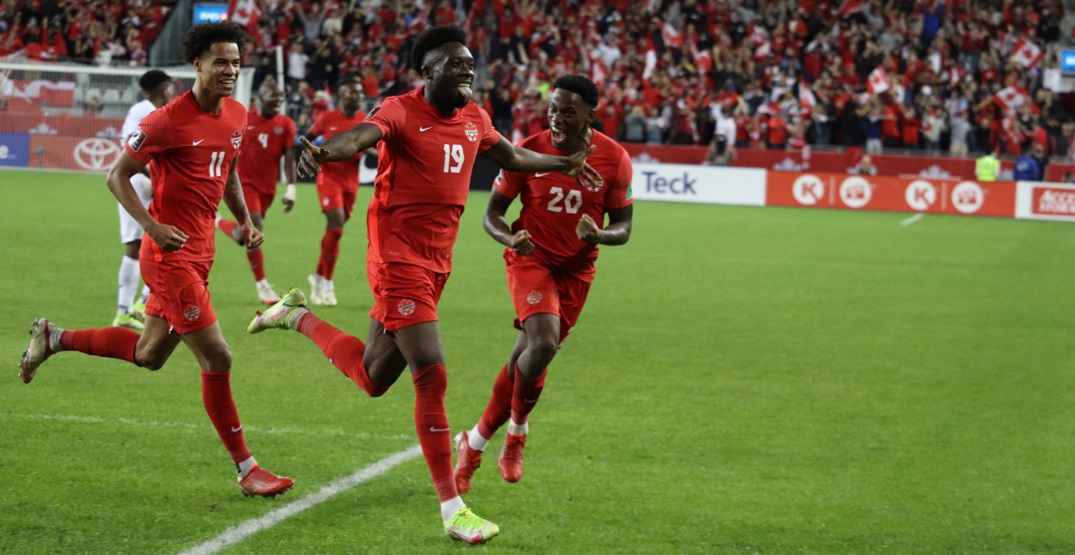 If there was ever any doubt that Alphonso Davies was the most talented male soccer player Canada has ever produced, he put that to bed on Wednesday night’s match against Panama in CONCACAF 2022 World Cup Qualifying.

In the second half of what was a tight matchup at Toronto’s BMO Field, Davies picked up a loose ball and then obliterated a pair of Panamian players before slotting the ball in the back of the net for a 2-1 lead.

THE GREATEST LEFT BACK.

“It was pretty cool,” Canadian goalie Maxime Crepeau said in his post-match press conference. “He believed that he could get there. I’ve witnessed a lot of good goals, but that was a great goal to make the stadium explode.”

Canada added late markers from Tajon Buchanan and Jonathan David to close out the final score at 4-1.

Davies was pretty humble in his response about the whole ordeal.

“When I was contemplating running about the ball or not, I just started picking up pace,” Davies said. “I just shot the ball across the keeper, and I’m happy it went in the net.”

Coach John Herdman said that Davies is looking to make the dream of bringing Canada to its first men’s World Cup since 1986 come true.

“We’ve got something special with Alphonso, we know that,” Herdman said. “And I think every team does.”

“We’ve got some really quality players on the squad,” Crepeau added. “As a country, we’re lucky to have this.”

It’s hard to understate what a huge victory the win was for Canada, as they now sit third in the CONCACAF qualifying for the 2022 World Cup in Qatar. The top three teams advance to Qatar, with the fourth-place team being thrown into an intercontinental playoff.

Canada went through their first five matches in the final round of qualifying with one win and four draws, but had scored more than one goal just once.

Canada actually begun the match down 1-0, giving up a goal just five minutes in to Panama’s Rolando Blackburn.

Panama strikes first vs. #CanMNT as Rolando Blackburn buries a tap-in after some positive pressure early in this #WCQ match-up

A sequence midway through the first half saw a free kick taken by Davies turned into three corners for Canada, the last of which went in the net off Panamian player Michael Murillo.

LET'S GO BABY IT'S TAJON BUCHANAN (maybe) off the corner! 😍😍😍

The final scoreline (and Davies’ performance) loosened the blow a bit for the Canadians, but there was a chance the key takeway could’ve been a lack of non-calls from referee Armando Villareal. At least three penalty non-calls drew the ire of the home crowd, which was announced at 26,622, a Toronto record for the men’s national team.

“We really felt the atmosphere,” Herdman said. “We gave them something to be proud of.” 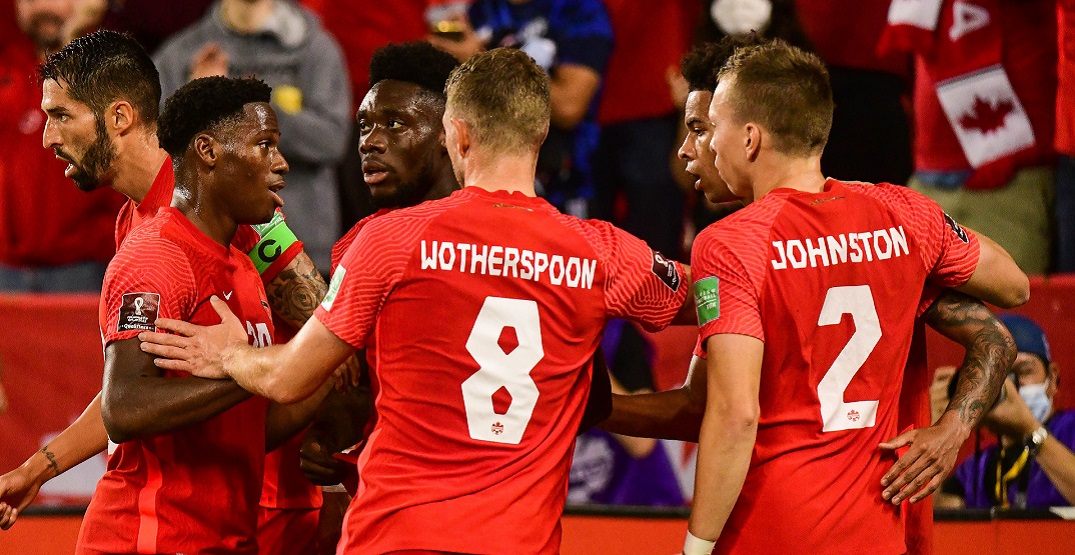 “We just knew we had to win this game,” Herdman added. “We’re in a good space.”

Tensions were flaring on the pitch, too. In the final minute of the first half, a dustup prior to a corner caused both benches and 20 of the 22 players (goalies excluded) to gather in the northeast corner of BMO.

“There’s two teams that their dreams are on the line,” Herdman said. “It’s life-or-death… we will fight to the bitter end for this country.”

It’s all going off 🥊 pic.twitter.com/UjGSq5m7MK

The Panamian sideline appeared to be jawing with Canadian players well after the match had ended as well, though nothing much appeared to come of it as both sides eventually retreated to their respective locker rooms.

“It was a good chess match, but at no point did I ever feel like Canada were going to lose that game. That was a dominant home performance,” Herdman said. “We can tolerate some nervy moments, but we’ve got to risk more to gain more.”

In the next leg of World Cup Qualifying, Canada travels to Edmonton for home matches against Costa Rica and Mexico on the 12th and 16th of November.

“We chose the conditions, we chose the environment. We get a real opportunity to do things our way,” Herdman said of playing in Alberta in the late fall.

Canada and Panama play the rubber match in the final of fourteen games in the final round of qualifying, set for March 30.