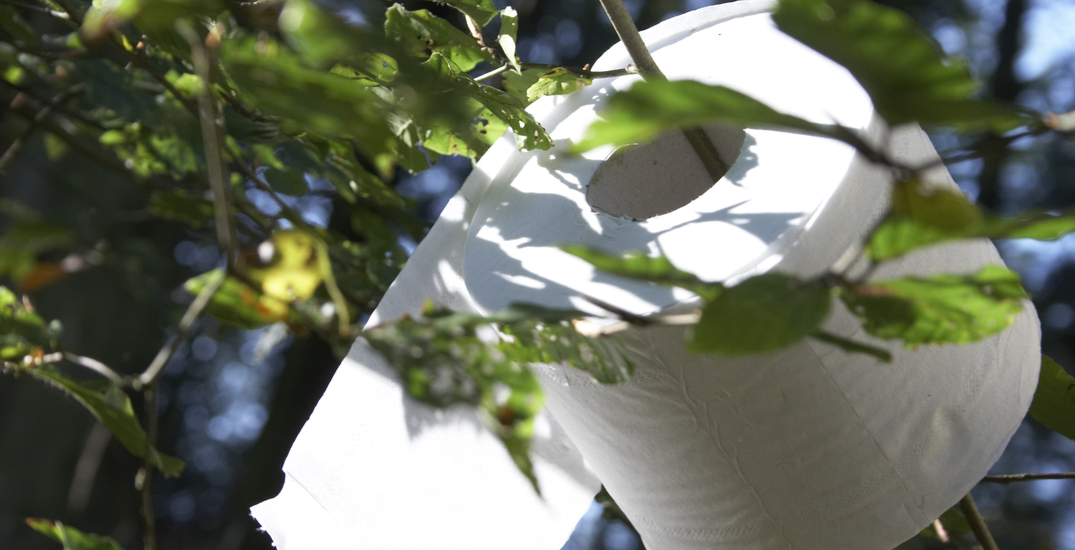 A new study has revealed that the average Canadian uses 630 km of toilet paper in their lifetime, putting the country in 11th place when it comes to global TP usage.

When nature calls, you answer — but at what cost? UK-based bathroom fittings and accessories company QS Supplies studied exactly that and revealed that, on average, 2,088,399 trees get chopped and turned into toilet paper annually so Canadians can stay comfortable anally.

The company used population stats, life expectancy, and average toilet roll usage data for countries where using TP is the norm to calculate just how much of the stuff locals use to keep their tushies clean.

Their study also confirmed what millions of Arab, Asian, Hispanic, and African parents have been saying for centuries — paper doesn’t get you as clean as water.

“Faeces transmits diseases including cholera, hepatitis, E. coli, and maybe even coronavirus,” the study further notes. Areas in southern Europe, Africa, and Southeast Asia, all use water instead to stay squeaky clean.

The use of TP can also induce urinary tract infections and irritate your bum, causing something doctors call “polished anus syndrome.” We could tell you what it is, but look it up yourself, please — we’re too scared to.

QS Supplies also created an illustration to show “how far this paper trail would float into space” and “how many trees the most eager wipers are flushing away each year” in several countries. 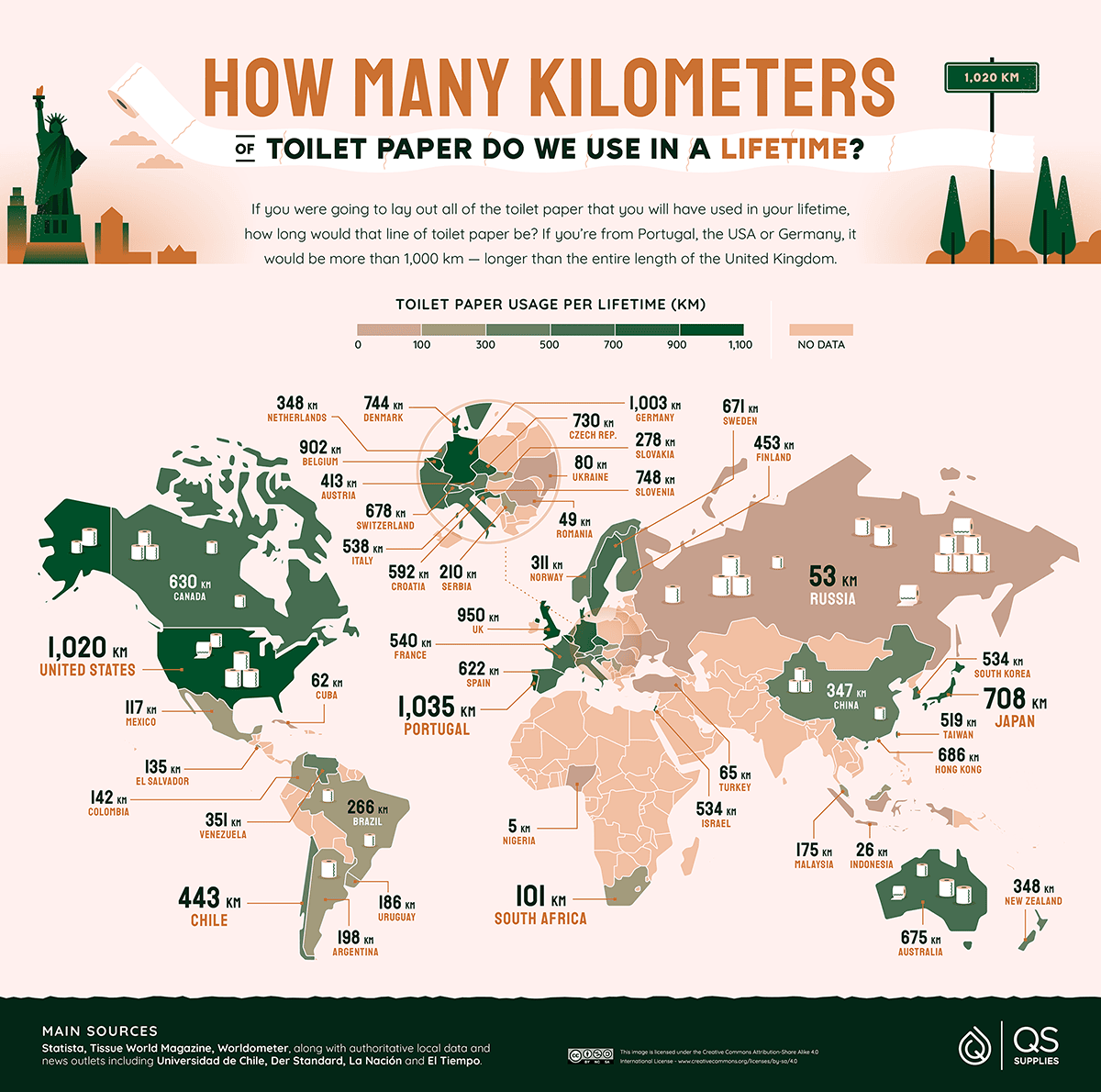 The US stands tall at a whopping 1,020 km of toilet paper used per person in a lifetime, but Portugal has it beat with an average of 1,035 km. We’re not so bad when you think about that.

But maybe the next time you drop a deuce, remember that the nostril-annihilating stench isn’t the only environmental hazard it’s causing. You know, for personal accountability.