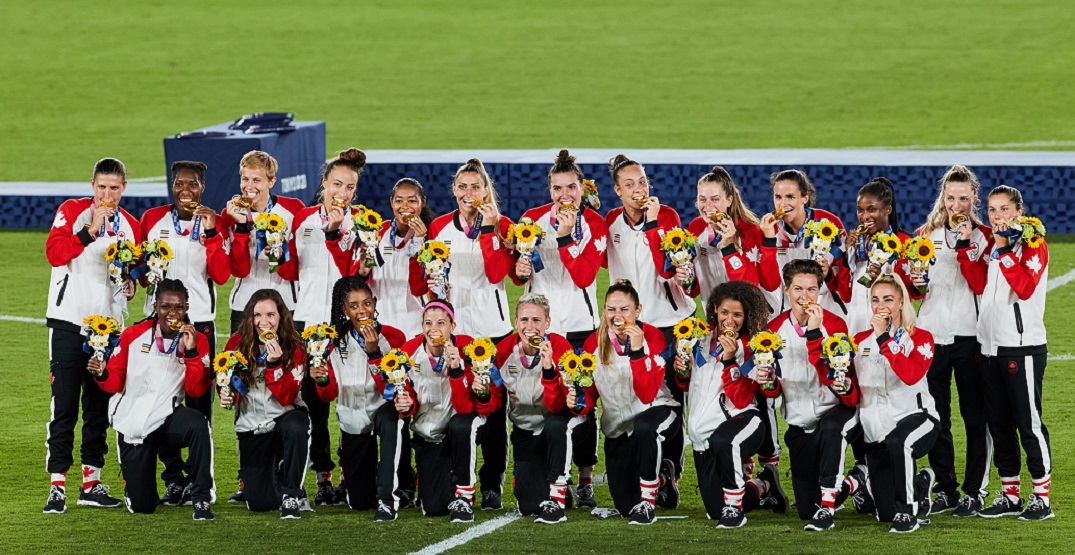 Winning the country’s first soccer gold medal at the Tokyo Olympics last Friday, the news of a series of matches came via a press availability on Tuesday at Toronto’s BMO Field with players Kadeisha Buchanan, Ashley Lawrence, and Adriana Leon in attendance.

After upsetting the Americans in the semifinal and advancing past Brazil, Canada won the gold medal over Sweden in a shootout.

Dates and matchups for the tour have yet to be announced, with delays coming due to high demand for the team amongst opponents.

In the past, Canada’s national team has typically played their matches in large cities like Toronto, Vancouver, Montreal, Ottawa, Calgary, Winnipeg and Edmonton.

However, the women’s national soccer team has not played in Canada since a 2019 friendly against Mexico held in Toronto before the 2019 FIFA World Cup.

More info about tickets, matchups, and dates for the matches of the celebration tour is expected to be announced shortly by Canada Soccer.