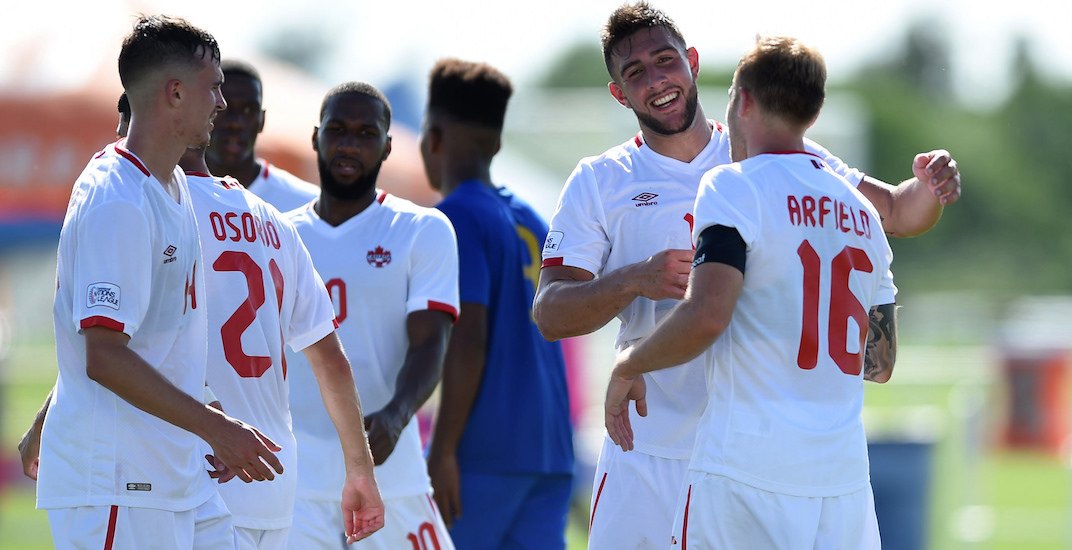 When it comes to international men’s soccer, Canada doesn’t often have bragging rights.

Currently ranked 79th in the world, our country hasn’t qualified for a World Cup since 1986, and we didn’t score a goal in that tournament either.

But all that went out the window on Sunday, as Canada scored a record-setting victory in their opening match in CONCACAF Nations League qualifying. Canada scored early and often for an 8-0 win over the US Virgin Islands – the most goals and largest margin of victory ever by the men’s national team.

After what was the first-ever meeting between the two teams, Canada now firmly has bragging rights over the Caribbean nation.

Sure, the US Virgin Islands has a population of just over 104,000 people. Yes, their team is ranked 199th in the world and largely filled with amateur players.

And fine, because of a hurricane in the Caribbean, the match was played at a neutral site in Florida – making the highlights look extremely amateurish.

Doesn’t matter. They should rename themselves the Canadian Virgin Islands because we owned them.

It was a dream debut for new men’s national team head coach John Herdman, who started three teenagers in the starting eleven – a first for a senior competitive match.

“It was a resilient performance to go out and get the record eight goals which was important for us,” said head coach John Herdman. “We had a lot of chances and there were some quality goals through good build up. It was difficult for some players because they like to have room, but when you are playing in this heat and you have 10 players that are camped out within a 30-by-30 area, that’s not easy.”

Jonathan David, 18, scored two goals – making him the youngest Canadian to ever score in a debut performance. Alphonso Davies and Liam Millar – both also just 18 years old – were the other teens in the lineup.

“I am proud of the lads. You see Jonathan David in his debut, one of the youngest players for Canada, he stepped on the field and scored two goals,” Herdman said. “Then you have Lucas Cavallini and Cyle Larin banging goals in, it just shows you what this team has now.”