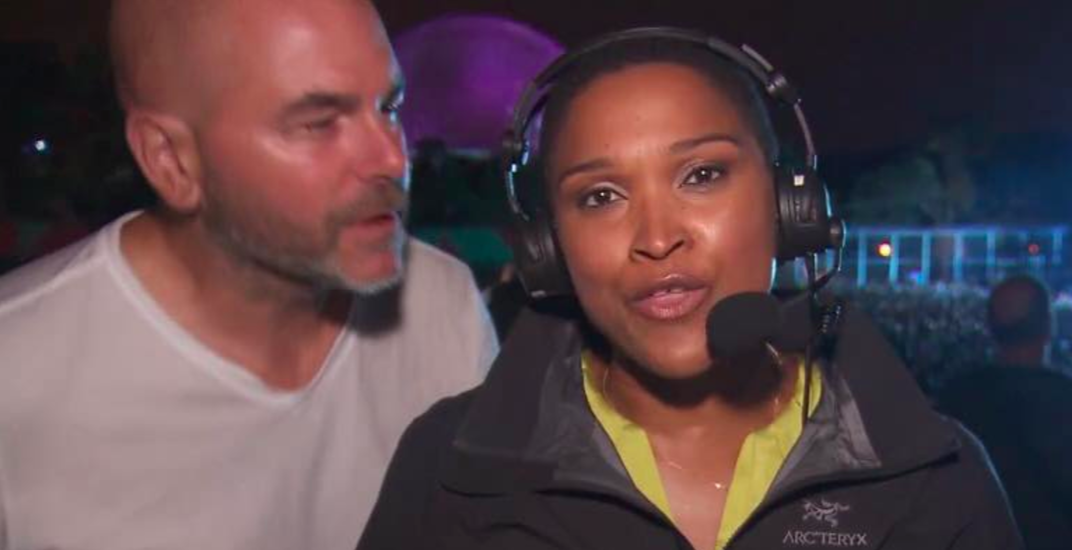 A female Canadian journalist has taken to social media to call out a man who non-consensually kissed her during a live broadcast.

Radio-Canada’s Valerie-Micaela Bain was reporting from Montreal’s Osheaga music festival on Friday evening when a male concert-goer forcefully kissed her on the cheek.

Video footage of the incident shows Bain being startled by the man who snuck up beside her. After he kisses her she pushes him away and calmly continues her reporting.

However, Bain has since posted about the incident on her Facebook page.

“No one can dare to go into my bubble and kiss me while I’m on the air. It’s not adorable or flattering. They wouldn’t kiss me if they crossed me on the street or anywhere else. It’s not suddenly acceptable because I’m a woman in front of a live camera on TV,” wrote Bain in a post on Friday.

“Kissing someone without his consent is no. You’re bothering me, I’m working.”

On Monday, Bain took to Facebook again and provided an update on the incident.

“I have received hundreds of testimonials from my colleagues and people from the public, men as well as women. I want to thank you all and all your support,” wrote Bain.

“Today I would like to say to any person, man or woman, who gets touched without consent: you have the right to say no. I think about my teenage daughter who will someday be a woman and I want to be a model for her.”

The man ended up sending an apology to Bain, which she also shared on Facebook. 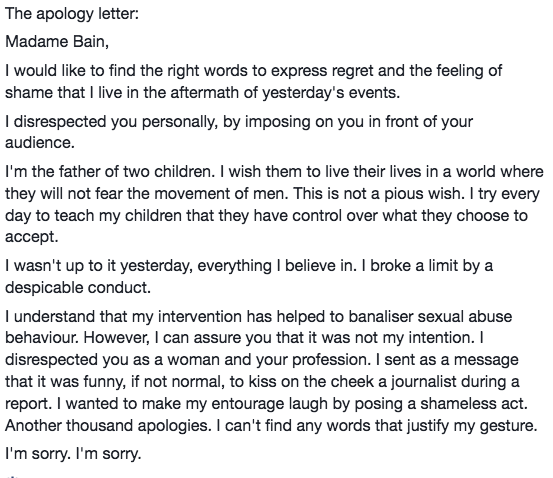 In the letter, the man revealed he was the father of two children.

“I wish them to live their lives in a world where they will not fear the movement of men. This is not a pious wish. I try every day to teach my children that they have control over what they choose to accept,” wrote the man.

“I sent as a message that it was funny, if not normal, to kiss on the cheek a journalist during a report. I wanted to make my entourage laugh by posing a shameless act. Another thousand apologies. I can’t find any words that justify my gesture.”

Bain says she will not be pursuing any criminal charges.

“This is very personal,” she said.

“I denounced the inappropriate gesture on social networks, I don’t feel the need to go any further.”