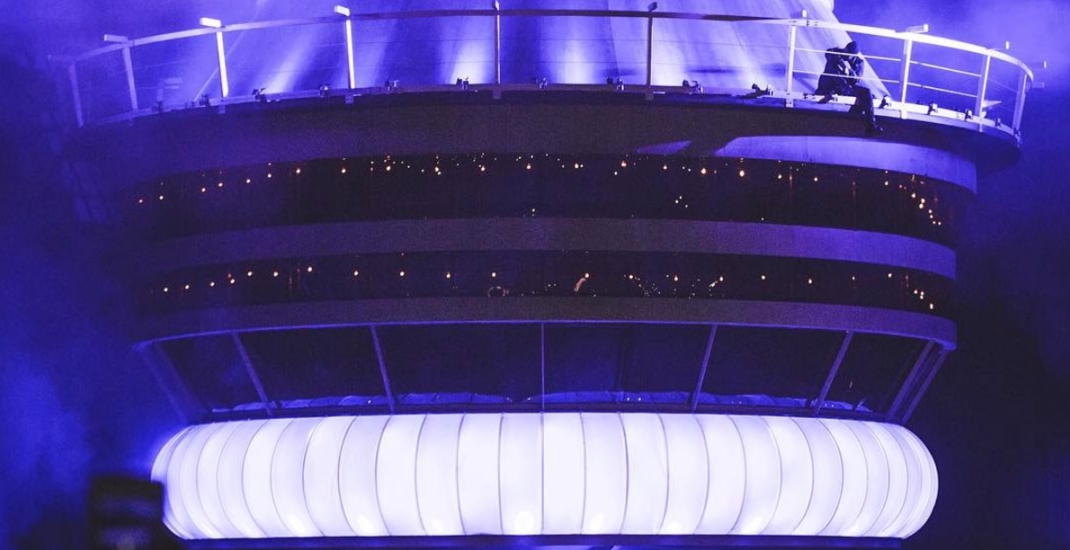 OVO Fest was a straight up Toronto lovefest last night. Easily the hottest ticket of the summer, the sold-out concert held at Budweiser Stage billed opening acts PartyNextDoor, Roy Woods, DVSN, and Majid Jordan but it wasn’t until Drake hit the stage that the party really kicked off.

Recreating the album cover of Views, Drizzy opened the show perched atop a massive replica of the CN Tower as the crowd lost it to Free Smoke.

Of the set that elevated the concert to the same level as Toronto’s iconic CN Tower, Drake shared with the crowd that he called 20 construction companies before one agreed to execute his vision and he paid out of pocket to make it happen.