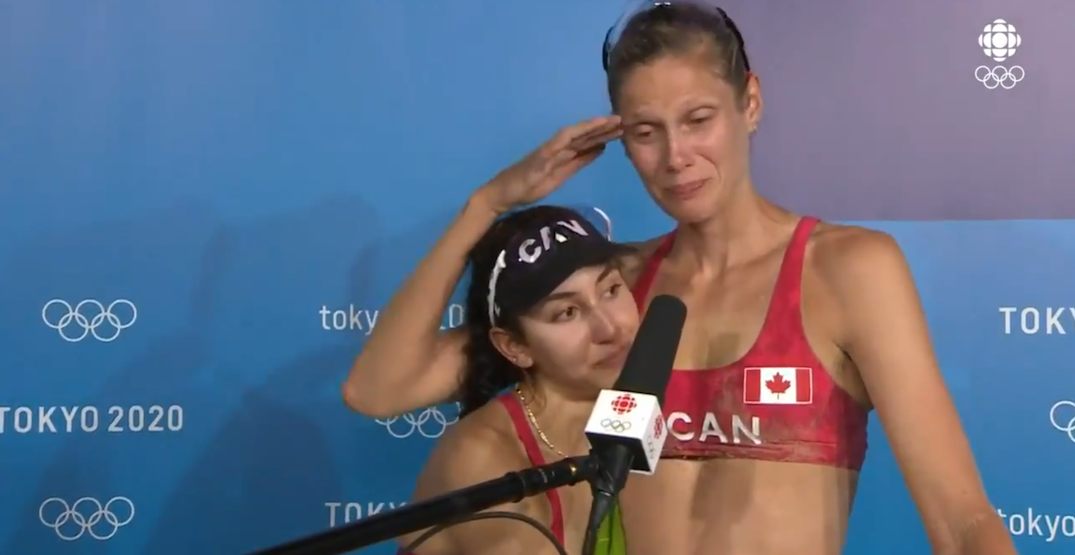 As the only team to win every set on their way to the quarterfinals, Canadian Olympic beach volleyball duo Sarah Pavan and Melissa Humana-Paredes were a gold medal favourite.

But after a shocking upset to Australia this morning, not only will they not win gold, they won’t even get to play for a medal after losing a three-set heartbreaker.

The reigning world champions, Pavan and Humana-Paredes were both in tears during their interview with CBC television after the match.

“I know we’re better than that,” said Pavan. “It hurts right now. There’s nothing we can just say. To end like that sucks, but I am so proud of who we are as a team and how we represent our sport and our country. If we could have inspired one kid in Canada to try beach volleyball then we did our job.”

Heartbreaking but hopeful interview with Sarah Pavan and Melissa Humana-Paredes after their quarter-final loss in Tokyo pic.twitter.com/NkrG4xgY1p

Canada was the only country to send two teams to the quarterfinals, but unfortunately, the team of Heather Bansley and Brandie Wilkerson also lost in three sets, to Latvia.

This was the second Olympic Games for Pavan, who suffered the same fate in the quarterfinals in Rio when paired with Bansley. Pavan has partnered with Humana-Paredes, a first-time Olympian, since September of 2016.

“I love her. It’s an honour to stand on the court with her, and there’s nobody else that I would have rather done this with than Melissa,” said Pavan. “We wish that we could have given more. I just wanted to go to the Olympics and then it became so much more.”