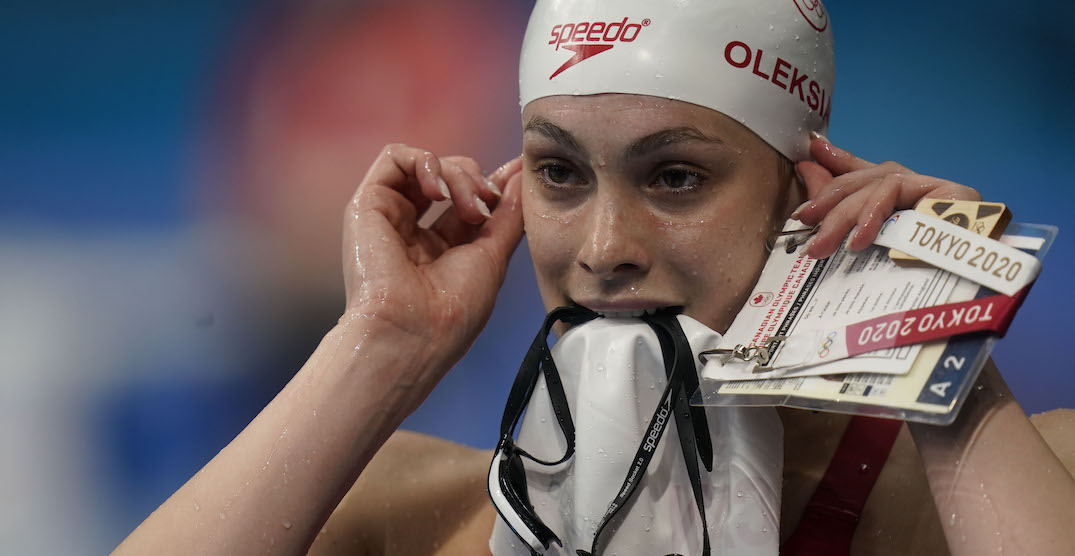 Back home from Tokyo, Penny Oleksiak has a special message for one of her old high school teachers.

And by “special message,” I mean shade.

“I want to thank that teacher in high school who told me to stop swimming to focus on school bc swimming wouldn’t get me anywhere,” Oleksiak said in a message posted to Twitter this morning.

Oleksiak, of course, became an Olympic champion while she was still in high school, capturing four medals, including one gold medal, at age 16 five years ago in Rio.

Now 21, the swimmer returned to Toronto on Monday as Canada’s most decorated Olympian ever. No Canadian athlete has won more Olympic medals than Oleksiak, who added three more in Tokyo — one silver and two bronze medals. That gives her seven Olympic medals in her career, setting a new all-time record.

“I just Googled ‘Canada’s most decorated Olympian’ and my name came up,” Oleksiak added. “This is what dreams are made of.”

I just googled “Canada’s most decorated Olympian” and my name came up. I want to thank that teacher in high school who told me to stop swimming to focus on school bc swimming wouldn’t get me anywhere. This is what dreams are made of.

Due to COVID-19 restrictions in Tokyo, Olympic athletes are required to return home within 48 hours after their final event. Oleksiak was one of many Canadian swimmers who returned home on Monday, as the swimming events reached their conclusion on the weekend.

“Now that I’m back and settled in Toronto I wanted to… just say thank you so much to everyone who supported me throughout this Olympics,” Oleksiak said in a message on Instagram. “I felt SO confident, loved and supported at this one and I left being motivated for the next. There are no words to describe how it feels to represent Canada, but I wouldn’t want to be the most decorated Olympian anywhere else in the world.”