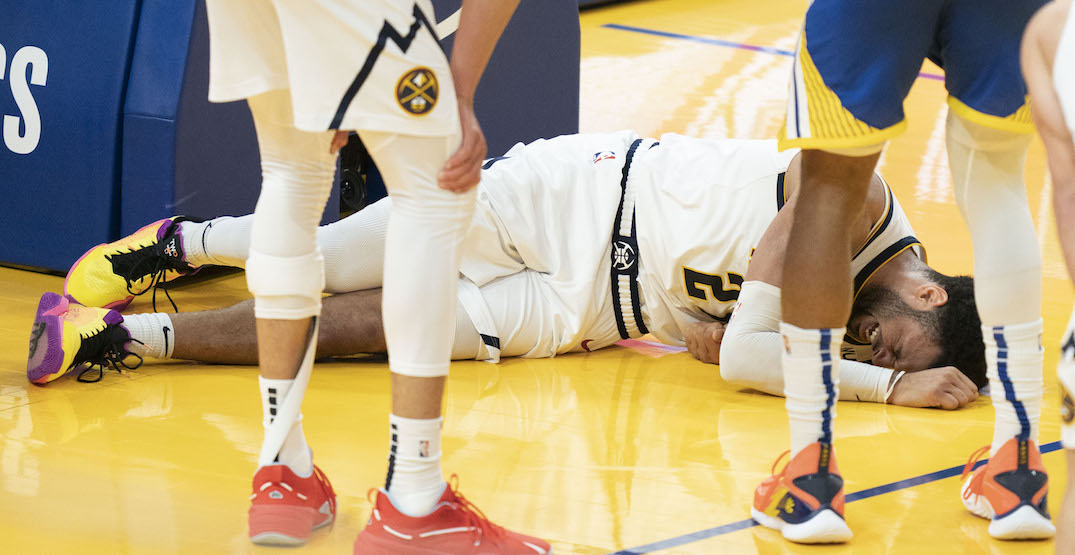 This is the news that the Denver Nuggets and Canada Basketball feared.

Jamal Murray was writhing in pain and needed to be helped off the court Monday Night, after hurting his left knee.

Jamal Murray was helped off the court after an apparent knee injury with 50 seconds left against the Warriors. pic.twitter.com/sz7akzOiq4

Today, the Nuggets sent out a media release stating that the 24-year-old from Kitchener, Ontario, has been diagnosed with a torn anterior cruciate ligament and will be out indefinitely.

The news is of course devastating for the Nuggets, who were contenders in the hyper-competitive Western Conference. But the news is equally crushing for Canada’s men’s national basketball team, which is hoping to qualify for the Olympics for the first time in 21 years.

This must feel like a cruel joke for Canada Basketball.

More than just a court.

This year's @FIBA Olympic Qualifying Tournament in Victoria will be played on the same floor the @Raptors won their historic @NBA Championship on in 2019.

Murray was hurt one day after it was revealed that Canada Basketball was installing the Golden State Warriors’ old court from Oracle Arena at the Victoria Olympic qualifying tournament this summer for good luck. That’s the same court that the Toronto Raptors won the NBA championship on.

The court Murray was hurt on? Well, that would be Golden State’s new court in San Francisco.

We’re just over three months away from the start of the Tokyo Games, but Canada still needs to qualify. The last-chance qualifying tournament is taking place in Victoria from June 29 to July 4, with Murray previously expressing a commitment to playing.

“Playing for my country is always an honour and I want to take the step and leadership role to commit to [Canada Basketball] this summer,” Murray said publicly on November 26, 2019. “I want to play my part to help push our team into the Olympics and compete at the highest world stage. Let’s go Canada.”

The Victoria tournament was pushed from 2020 to 2021 due to the pandemic, but there was every reason to believe that Murray was going to be committed this time around. Sure, there was a possibility that the Nuggets would have made a run to the Conference Finals, which would have made him unavailable — but that was far from a foregone conclusion.

Murray is the type of elite player that could put Canada on its back, but his presence likely would have also convinced more top talent to join him. Following Murray’s public statement in 2019, players like RJ Barrett and Shai Gilgeous-Alexander quickly followed suit.

I've known and made a promise to myself that representing my country is something I will continue to do and as my bro @BeMore27 publicly announced his commitment, I too will be there to do my best to help @CanBball get to Tokyo!

While Murray’s absence will make the task of qualifying and succeeding at the Olympics more difficult, Canada can still pull it off. Much of that will depend on who agrees to play, and Canada Basketball has been disappointed before.

Still, Canada has never been stronger or deeper, with a record-number 17 Canadians making NBA opening night rosters this season.

Gilgeous-Alexander may not be the most high-profile player from north of the border, but that’s changing quickly, as the Oklahoma City Thunder star leads all Canadians with 23.7 points per game this season.

RJ Barrett has taken a step forward in his second NBA season with the New York Knicks, averaging 17.4 points per game.

Here’s a look at the top-scoring Canadian NBA players according to NBA.com: 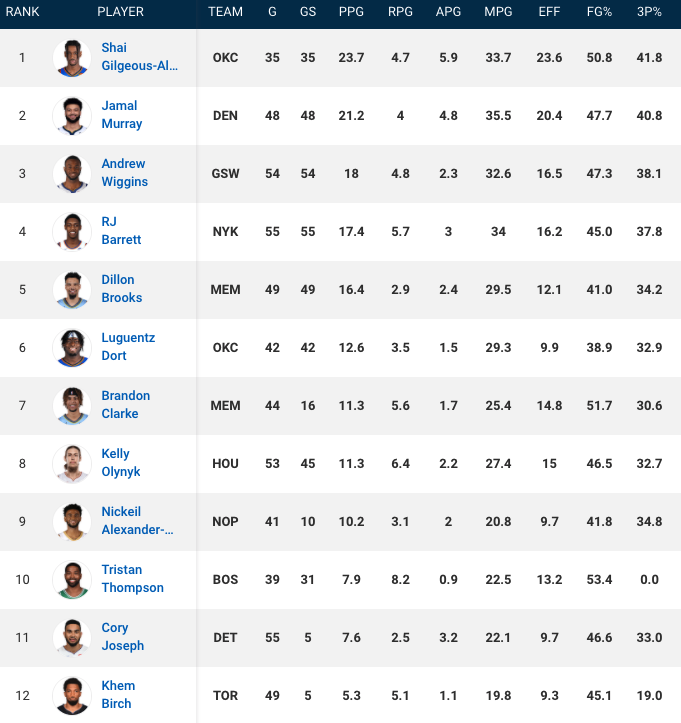 That list doesn’t include Raptors forward Chris Boucher, who was born in Saint Lucia but grew up in Montreal. Boucher, who has represented Canada internationally before, is enjoying a breakout season, averaging 13.7 points and 6.6 rebounds per game.

In order to qualify for the Tokyo Olympics, Canada will need to win the six-country qualifying tournament in Victoria, which also includes Greece, China, Uruguay, the Czech Republic, and Turkey.