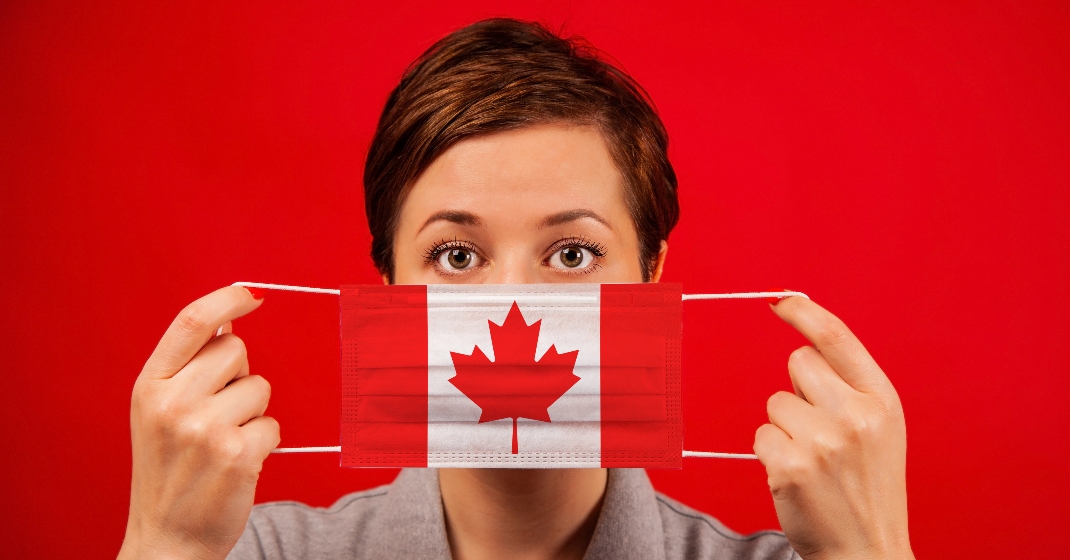 According to a new study published by Angus Reid, half (51%) of the country want their provincial governments to reintroduce mask mandates.

Despite it still (technically) being the majority, it is indicative of dwindling support for mandatory masking. Contrarily when the question was first posed to Canadians two years ago, nearly three quarters (74%) said they supported mandates. 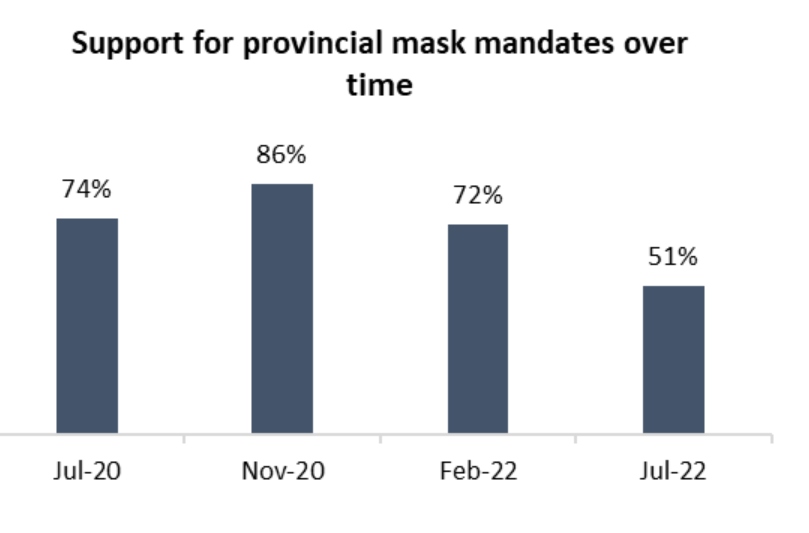 The report says that men younger than 55, appear to push back against the need for public health measures more than any other group. Just one-in-three would implement a mask mandate in their community compared to a majority of all other age and gender combinations.

By May of this year, every province had famously dropped its longstanding mask mandates. Those measures were removed around the same time vaccine passports were lifted in the provinces that enforced them.

But unlike the mask mandates, the idea of provincial vaccine passports is no longer supported by Canadians to the same degree. In fact, only a quarter (25%) believe that having to prove one’s vaccination status to enter certain facilities is a practice that should return. Back in September of last year, support for passports was at 70%. 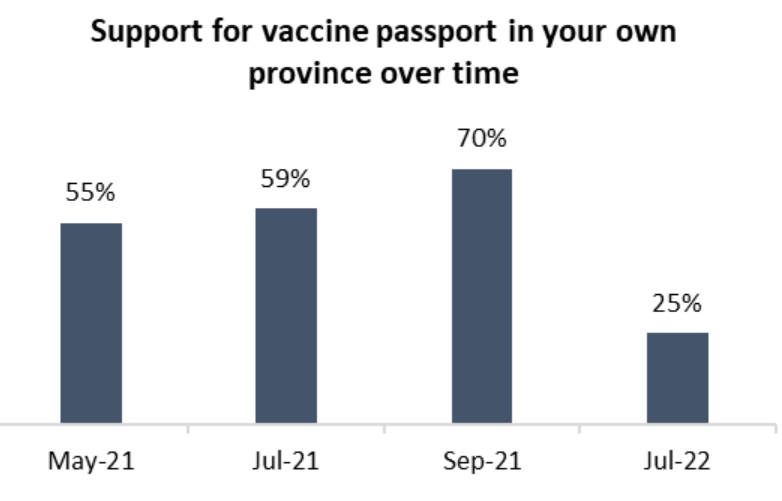 Many Canadians say they would be happy if the government kept out of the pandemic entirely. Two-in-five (38%) believe no action is needed from governments in the event of a seventh wave of COVID-19.

This poll, conducted between July 13 and 17, included data from over 1,600 respondents.