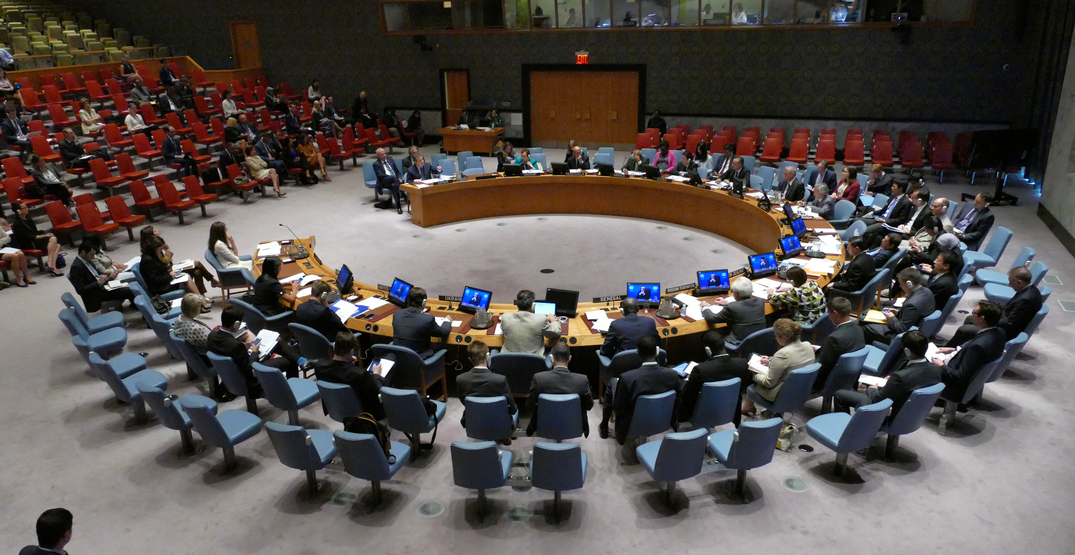 Canada has lost its bid for a seat on the United Nations Security Council.

Canada failed to receive the two-thirds majority vote for a seat, losing to Norway and Ireland for the two available temporary seats for Western Europe and other states group.

“Canada sought election on the UN Security Council to work with the world to help build a better future that benefits everyone. One that furthers sustainable peace, addresses the impacts of climate change, promotes economic security, advances gender equality, and strengthens multilateralism,” said Trudeau.

“Throughout every step of our campaign, and in a time of global uncertainty, we promoted the Canadian values of peace, freedom, democracy, and human rights.”

Trudeau said Canada “listened and learned” from other nations and has “created new partnerships that increased Canada’s place in the world.”

He continued, “This important engagement has contributed to our broader efforts to tackle the most important challenges of our time, including the COVID-19 pandemic, and has acted as a foundation for further international cooperation on other key issues.”

This is the second time Canada has lost its bid for a seat on the UN Security Council. In 2010, Canada was defeated by Portugal.